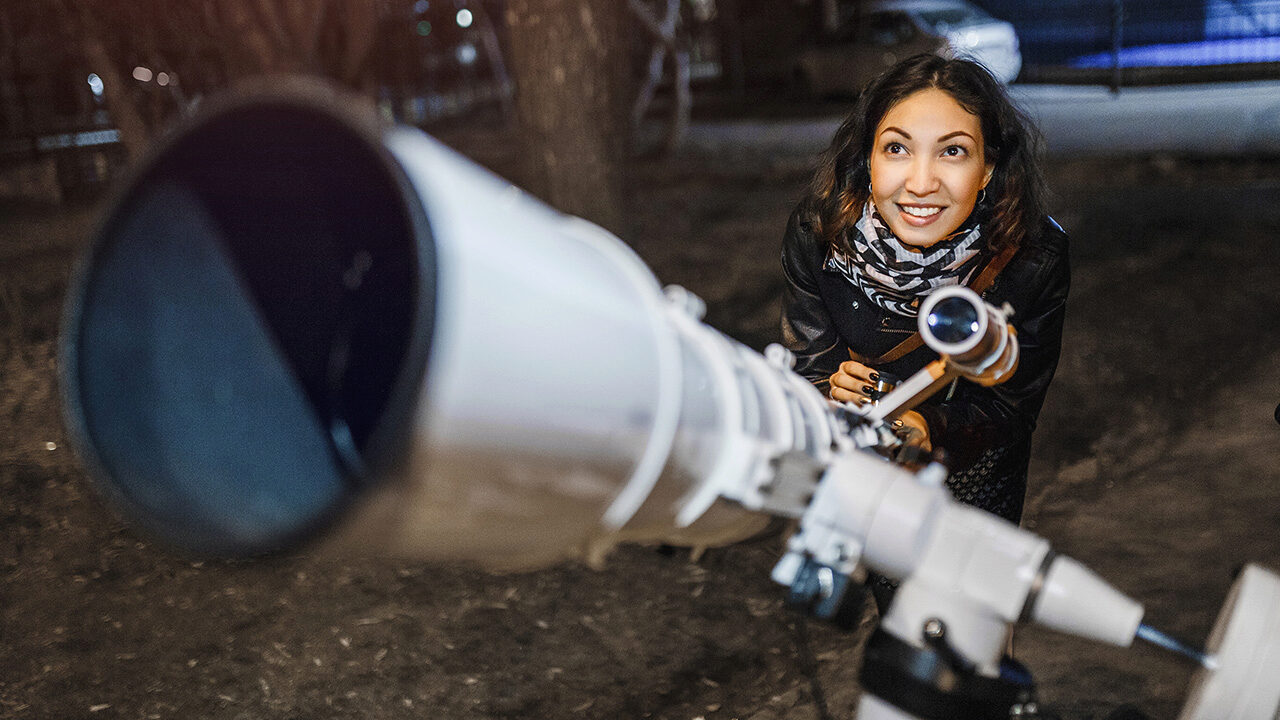 Alyssa Carson, 18 and a recent high school grad of Baton Rouge International School in Louisiana, U.S., is headed to Florida Tech this fall to study astrobiology, the scientific exploration of life on earth and in space. Anyone who has met Alyssa knows that this major has been years in the making and is merely a red stepping stone toward her ultimate goal: to visit the planet Mars in 2030, around the time NASA plans to land astronauts on the red planet. Her high school superlative? The teenager most likely to walk on Mars.

Considered the world’s youngest astronaut-in-training, Alyssa attended her first space camp at age 7 and went on to attend 19 others, including camps in Turkey and Canada. “Space camp was the best opportunity for me to learn more about space and to get more involved in it,” Alyssa told Forbes magazine this month. “I got to ride simulators, do simulated missions, build model rockets and learn robotics and aviation.”

From there, when she was 12, NASA invited Alyssa to discuss missions to Mars as part of the MER (Mars Exploration Rovers) 10 panel in Washington, D.C. At age 13, she delivered a TEDx Talk in Greece (the first of three). And at 15, Alyssa became the youngest person to be accepted into the prestigious Advanced PoSSUM Space Academy, where she received the certification in applied astronautics, officially making her certified to do a sub-orbital research flight and venture into space. By the way, she also speaks four languages and has some 140,000 Instagram followers.

While Alyssa plans to potentially help NASA study and colonize Mars in the 2030s (she recently said, “Mars remains my ultimate goal, even if I have to wait until the early 2030s for the rocket, technology and crew to be ready”), she has been watching with interest as private industry marches toward recreational space tourism.

Enterprising and rich entrepreneurs have all turned their innovation to the skies. Companies like Virgin Galactic, which has a waiting list of citizens who want to travel to space; Blue Origin, started by Amazon founder Jeff Bezos; and SpaceX, led by Elon Musk, the founder of Tesla, are working in different ways to commercialize space travel. Alyssa just told Virgin Media in July 2019, “The technology is there. It’s going to be interesting to see just how soon it happens, but space tourism is the future.”

That ‘future’ is hurtling toward us — and may be happening sooner than we all think. David Erickson, senior fellow and lecturer in Wharton’s finance department, recently joined the Knowledge@Wharton radio show on SiriusXM to discuss a big business deal involving Virgin Galactic that promises to propel the space-tourism industry forward.

Here are 10 signs that mankind is getting closer to taking that next giant leap – recreational space travel:

Why is Virgin Galactic’s recent merger so important to its space-tourism mission?

Who are Jeff Bezos, Elon Musk and Richard Branson?

I Spy … A Teenage Driver

Generation Microfinance: Charlie Javice Believes in the Power of Students to Alleviate Poverty