A Look at Amazon, Walmart and How Your Shopping Experience Is Changing 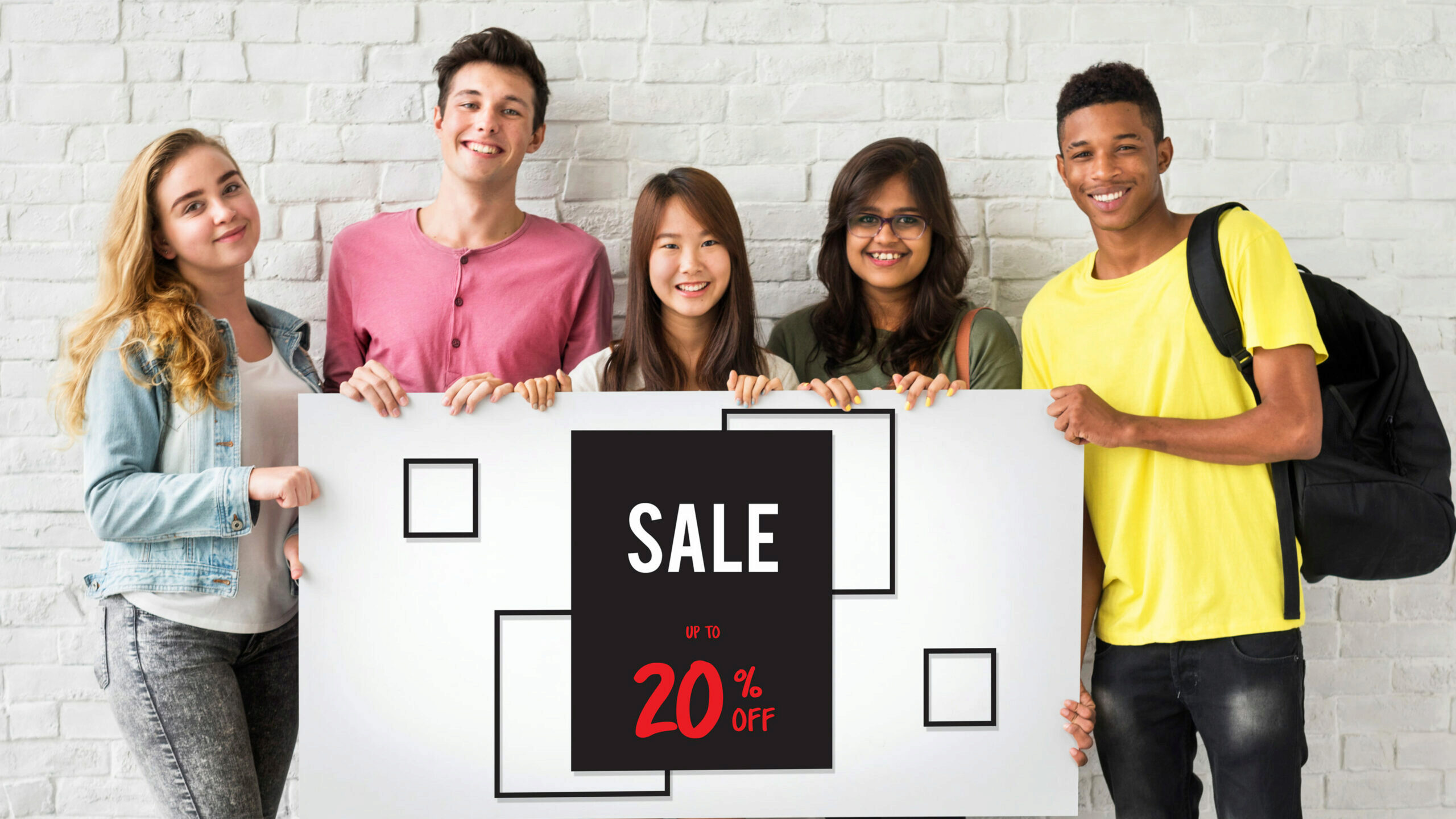 Where did you shop over the long weekend? Amazon? Walmart? Both? You might have heard that these two giants of retail are duking it out behind the business scenes, strategically building their omni-channel approach to reach consumers wherever and however they choose to do their shopping. It’s a study in the changing nature of the retail industry, as well as how companies invest big money and take risks to satisfy consumer demand. Apparel stores like American Eagle Outfitters have been working hard to develop their omni-channel business model so that customers like you can have a smooth shopping experience across stores and the online channel. So sit back, grab the popcorn, and enjoy this deep dive into Amazon, Walmart and their recent business decisions, which first appeared in our sister publication Knowledge@Wharton. Like any good Amazon original series, it features some compelling corporate characters.

In the media hullabaloo following Amazon’s announcement in June that it was buying Whole Foods Market, largely overlooked was the same-day news that Walmart was acquiring menswear e-tailer Bonobos. While Amazon did make a bigger splash with its $13.7 billion foray into organic groceries, Walmart beefed up an e-commerce stable that already includes the acquisitions of digital natives Jet.com, Shoebuy, ModCloth and Moosejaw.

Collectively, these Merger & Acquisition (M&A) deals have set Amazon, the world’s largest e-commerce company, on a direct collision course with Walmart, the world’s largest retailer, to be the “everything store” in an omni-channel world — where consumers no longer distinguish between shopping online and offline. And it pits two Baby Boomer mavericks, Amazon CEO Jeff Bezos and Whole Foods CEO John Mackey, against Walmart’s e-commerce chief Marc Lore, the Gen X founder of Jet.com.

“You can see they’re coming at each other,” says Barbara Kahn, Wharton marketing professor and director of the school’s Jay H. Baker Retailing Center. The Amazon deal is “clearly a big play into the food business,” she says, noting that food items are one of the most frequently purchased goods. In buying Whole Foods, Amazon hits Walmart squarely where it hurts: 56% of its U.S. sales come from food and grocery items. Amazon now adds Whole Foods to its other food operations: Amazon Fresh, Prime Now, Prime Pantry, Amazon Go and Amazon Fresh Pickup.

As Amazon adds offline capabilities, Walmart is acquiring digital talent. Kahn credits Lore for Walmart’s aggressive acquisition spree of digital brands, noting that he “understood tech in a way that Walmart just couldn’t within their own culture.” Since joining Walmart, she adds, Lore has increased sales. And the digital talent bench will deepen further with Bonobos’ millennial CEO Andy Dunn coming on board and reporting to Lore. “They’re going to be figuring out how to put all this together. It’s kind of a brand new world. You’re talking about really reinventing retail.”

Amazon takes a page from Chinese e-commerce giant Alibaba, which has invested more than $9.3 billion in offline stores since 2015, according to Reuters. In the U.S., Alibaba has not had much of an impact. It sold its U.S. unit, 11main.com, in 2015 — just one year following its launch — after it failed to gain traction among Americans. Alibaba has said that its international strategy is focused on enabling merchants globally to sell into the Chinese market, instead of competing head on with Amazon and other retailers. Amazon has no such reservations. In 2016, it began offering free shipping to Chinese Prime members, among other moves.

David Bell, a Wharton marketing professor, says the Whole Foods acquisition proves that “offline retail is absolutely not dead. Offline retail is just going to look different in the future.” For a long time, though, people have been ringing the death knell for all types of bricks-and-mortar stores. “A lot of people thought e-commerce was going to kill traditional retail. So if you were digital-first, you would never get into offline. Of course, it’s not true. But that’s been a slower realization to take place.”

In an omni-channel matchup, Amazon has the advantage over Walmart, Bell says. “From my experience, companies that start in the digital world and slowly and surely add offline have been more successful than companies that started in the offline world and added digital.” He says it’s easier, for example, for eyeglass e-tailer Warby Parker to open an offline store than it is for an optical shop to add a fully integrated digital experience. Since Amazon has “all this digital DNA and digital knowledge, they will presumably create the offline experience relevant to 2017 and not 1967,” Bell adds. “That’s the big difference.”

But don’t count out Walmart just yet. It may have started out old school, but it has offline power. While Amazon will get about 460 Whole Foods stores in the recent deal, that’s still minuscule compared to Walmart’s nearly 4,700 stores in the U.S., including around 660 Sam’s Club locations. Amazon has 340,000 employees and Whole Foods will add another 87,000, but Walmart employs more than 1.5 million people in the country. In their latest reported annual revenue, Amazon booked $136 billion while Whole Foods posted $15.7 billion. Walmart was at $485.3 billion. But the story reverses when it comes to growth: Walmart sales rose 0.8% year-over-year, Whole Foods rose 2.2%, while Amazon roared ahead by 27%.

Still, Amazon has problems to fix at Whole Foods. The grocer posted seven straight quarters of falling same-store sales at locations open at least a year, a key retail metric, as rivals sold organic food at lower prices. Another problem is that Whole Foods lags in analytics and tech capabilities, among other ills, according to hedge fund Jana Partners, a major shareholder that threatened a proxy battle if performance doesn’t improve. “Whole Foods still has a good brand name, but revenues have slowed and it is a pretty mature grocery brand at this point,” says Wharton emeritus marketing professor Stephen Hoch.

Whatever challenges Amazon faces with integrating Whole Foods, strategically, the deal is “brilliant,” says Jerry ‘Yoram’ Wind, a Wharton marketing professor. “It’s a logical step for [grocery service] Amazon Fresh.” Amazon will quickly get stores in urban areas that can serve as distribution points for Amazon Fresh as well as pickup centers for apparel and other goods. “Consumers can buy online at Amazon and pick up in Whole Foods,” adds Xuanming Su, Wharton professor of operations, information and decisions. “This whole omni-channel battle is going to end up giving consumers a lot more options.”

In the future, Amazon could upgrade Whole Foods with innovative retail technologies in use at its fully automated experimental store, Amazon Go, where shoppers pick up their food and leave. There are no cashiers or checkout lines. Amazon tracks what’s taken, or put back, and charges their accounts. “Just imagine the power of this and how far ahead Amazon-Whole Foods will be of other retailers when they introduce this new system,” Wind says.

Denise Dahlhoff, research director at the Jay H. Baker Retailing Center, says Amazon and Whole Foods also complement each other. “Amazon is bringing its expertise in supply chain, in data and technology to the table and they are super customer-oriented,” she says. “Whole Foods is bringing its expertise in healthy food, and … stores in very attractive urban areas that are heavily frequented by a higher-income customer segment. The brand is also about community and the in-store experience — the rich, sensual experience you get by seeing nice displays of food, produce and baked goods.” This sensory experience is something Amazon cannot provide by selling goods online.

With Whole Foods stores, Amazon removes some headaches in online grocery delivery. Dahlhoff says many shoppers still prefer to personally pick their own produce and fresh meat, something Amazon Fresh cannot offer. Also, delivery of online groceries can get complicated because some items only need to be kept cool while other items have to stay frozen, which means additional packaging and weight. “That creates a lot of complexity,” she adds. Moreover, “having these offline locations would not only help their grocery business, but the rest of Amazon’s business by providing locations for returns. Just think of fashion items.”

In addition, Amazon can deploy data analytics to customize services to make life easier for shoppers. For example, if Amazon knows what a customer buys every two weeks, it can create a grocery list ahead of time, Dahlhoff says. “How much easier would it be to get your shopping done?” For its part, Whole Foods brings to the table its relationships with local vendors that offer unique items. Amazon can give these merchants more exposure and scale, she says. Amazon also could add more private label goods to Whole Foods’ smaller, less-expensive stores called 365.

Dahlhoff thinks Amazon may cut prices at Whole Foods, which is known for its higher food prices (earning it the nickname ‘Whole Paycheck’ in the industry). “There is definitely room for some prices to come down because Amazon has great logistical expertise and they’re all about efficiency — and now with scale there could be room for savings that they could share with customers by lowering prices.” But she thinks Amazon is more about providing efficiency and variety than price. “Amazon is about a good experience, assortment and personalization.”

Walmart, of course, has traditionally focused on price and caters to a different customer than Amazon: typically lower-income, budget-conscious households. While it has acquired some higher-end e-tailers such as Bonobos, these remain a small part of its business, Hoch says. Walmart and Whole Foods also serve different customers with little overlap “given Whole Foods Market’s higher-quality focus and distinct target markets,” he adds. “I don’t see much change on that front in the short to medium term. I think Walmart will continue to play defense.”

Meanwhile, Walmart has been changing, too. It is innovating on the back end to leverage its large distribution network. Lore introduced a pilot program to let employees deliver packages on their way home for extra pay to take advantage of the fact that Walmart has stores within 10 miles of 90% of Americans. “If they now can use that same infrastructure to get stuff to the e-commerce users by using their employees to do the ‘last mile,’ that’s going to be hard for Amazon to duplicate,” says Leonard Lodish, Wharton emeritus marketing professor. The “last mile” to the customer’s doorstep is the most expensive part of delivery.

But Wind thinks Walmart’s tactics are “a little confusing and a little late” as it tries to catch up with online merchants. However, he notes that with its scale and track record of success, the discounter will eventually become digitally savvy even if it takes longer than expected. Meanwhile, Amazon could bungle the integration of Whole Foods by making changes too quickly and not paying enough heed to cultural differences, Dahlhoff says. Adds Lodish: “I’m not sure how much experience Amazon has in running a big operation like Whole Foods that’s got a lot of logistics that are not in warehouses but are on shelves.”

At least, Amazon can afford the $13.7 billion price tag for Whole Foods — last year’s free cash flow alone was $9.7 billion. And Wall Street will likely give Amazon some room to run because it has a proven business model and an innovative and aggressive CEO. “The market has been giving Jeff Bezos a lot of room to do what he feels is in the long-term best interest [of the company], and they’re not punishing him if he has short-term uses for his capital that don’t go to the bottom line right away,” Lodish says.

What is omni-channel retail?

Who is Marc Lore and how does he fit into the competitive strategies of Walmart and Amazon?

Who do you think will win this omni-channel retail battle, Walmart or Amazon? Why?

What does all of this mean to you as the consumer? Knowing the back story of these retailers’ business decisions, does it change how you approach your shopping? What do you consider the ideal retail model?

8 comments on “A Look at Amazon, Walmart and How Your Shopping Experience Is Changing”