Behind the Scenes: The Science of Moviemaking 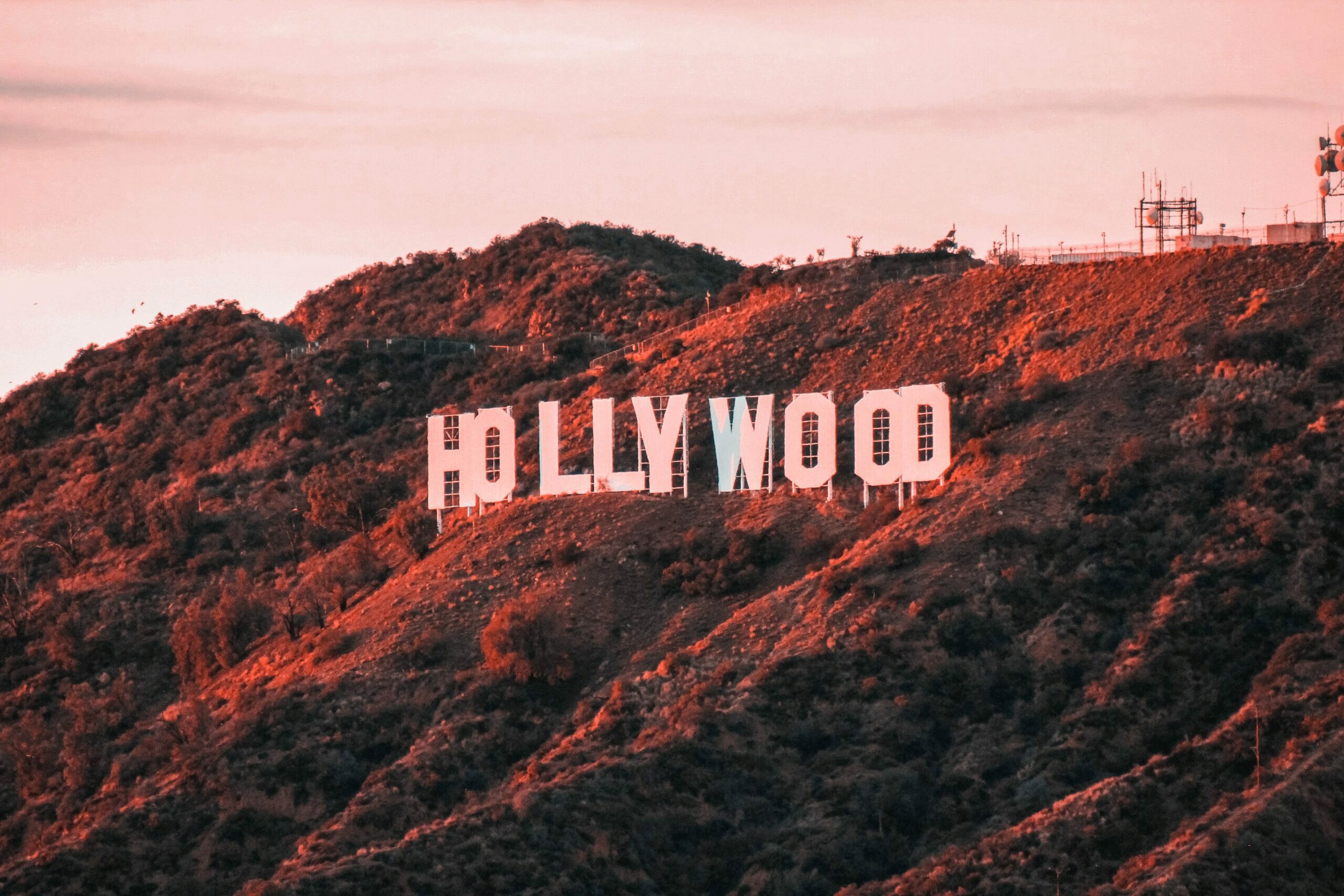 When you think of the business of movies, what comes to mind? The millions of dollars that big-name actors earn from blockbuster releases? Or, if you’re up on your media and entertainment industry trends, you might be curious about the lineup of NFT-sponsored events, parties and panels that are adding a whole new creative crypto vibe to Hollywood.

In reality, the business of movies is much broader in scope. Professors at the Wharton School have long been researching and measuring parts of the movie-making process to improve how Hollywood operates. For example: how can movie executives predict whether a film will be a hit or a flop? Or what is involved in marketing movies effectively?

In a recent Knowledge@Wharton podcast, Professor Berger described his research-driven approach to the business of movies like this: “Often, we watch movies and think it’s just some magic, creative process where things gel together and there’s no way to understand whether it will succeed or fail. That’s not exactly right. It feels like magic…But there’s a science. [For example], we can understand the science of stories, of content more generally, by understanding the progression of ideas. By using tools that have recently become available…we can shed a light on some questions that might otherwise seem impossible to uncover.”

Here are 3 ways that Professor Berger and Professor Eliashberg have brought science to the movie industry through their academic research:

🎥 In a study titled “How Quantifying the Shape of Stories Predicts Their Success,” Professors Berger and Eliashberg (along with co-author from Columbia University, Olivier Toubia) figured out a way to measure language in movies, TV shows and academic papers to determine what makes some narratives more successful than others. They measure three things: speed (how quickly do you deliver the ideas in your story?), volume (how much total ground do you cover in your story?), and circuitousness (How direct are your ideas?), applying them to thousands of texts and examining if and how they are linked to success. Says Berger: “As marketers, as leaders, as others, these findings really help us think about how to better lay out the content — whether that content is a presentation, an argument, a speech — in a way that will impact the audience. Should we try to cover a lot of ground or relate the ideas more closely to one another? If we’re covering the same ground, should we use a very direct path or more of a spiral, where we go back to the same ideas again and again to deepen the understanding around those things?”

🎥 Professor Eliashberg has spent his academic career developing models and methodologies to solve business problems, with particular interest in media and entertainment. His most recent research, conducted with the help of Wharton marketing doctoral student Yi Liu, looks at the role of trailers (pre-launch campaigns that get you excited about watching a movie or some other media) and the economic value of the comments that they generate. Eliashberg studies a dataset of 363 movies released between 2014 and 2018. The authors write: “Trailers are commonly employed in the pre-launch campaigns of new products as an advertising tool to generate awareness and interest among the potential audience. In this paper, we argue that such trailers, whose costs range and are rising, should also be considered as a…tool having additional economic value. The incremental value is driven by the audience comments data that the trailer of a new product generates.” What is the value of that commenting buzz? Potentially hundreds of thousands of dollars. Stay tuned for more details as the paper hits publication.

🎥 Are you starting to see how business research can inform all dimensions of the Hollywood dazzle and help studios make smarter decisions? In the past 30 years, Professor Eliashberg has published numerous papers in such academic journals as Management Science, Marketing Science and the International Journal of Research in Marketing. Titles include: “From Story Line to Box Office: A New Approach for Green-Lighting Movie Scripts,” and “Of Video Games, Music, Movies, and Celebrities.” A few years back, Wharton Business Daily on SiriusXM invited him and a research colleague to talk about the economics of arguably the most important ceremony in the movie industry, the Oscars. The question posed to them: Can you measure the financial benefits of winning an Oscar at the Academy Awards? Eliashberg’s assessment? “In terms of the profitability of the movie, I think we have to distinguish here between two time periods: The time that the movie is nominated to the Oscar, all the way to the Oscar event, and the time that the winners are announced. From the data that I’ve seen, it is the nomination that gives rise to the box office, more than the actual winning of the movie.” 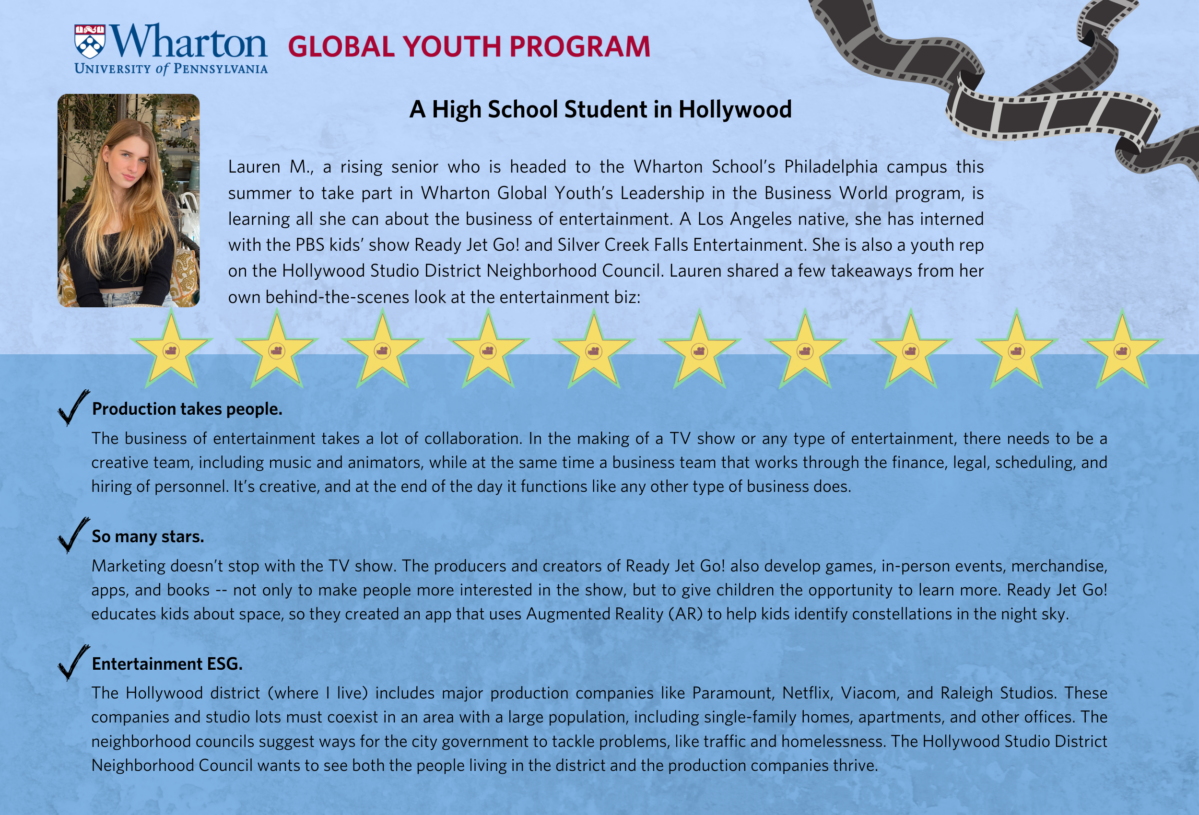 What are a few ways that academic research can inform all dimensions of the Hollywood dazzle and help studios make smarter decisions?

If you could explore aspects of the movie-making business, what would you want to learn? What would be the thesis for your academic research?

Have you experienced a media and entertainment internship like Lauren M.? Tell your story in the comments section of this article.

One comment on “Behind the Scenes: The Science of Moviemaking”

Career Insight: Serguei Netessine on the Importance of Thinking Globally