Behind the Puppy Dog Lenses, Snapchat Is a Living, Breathing Business 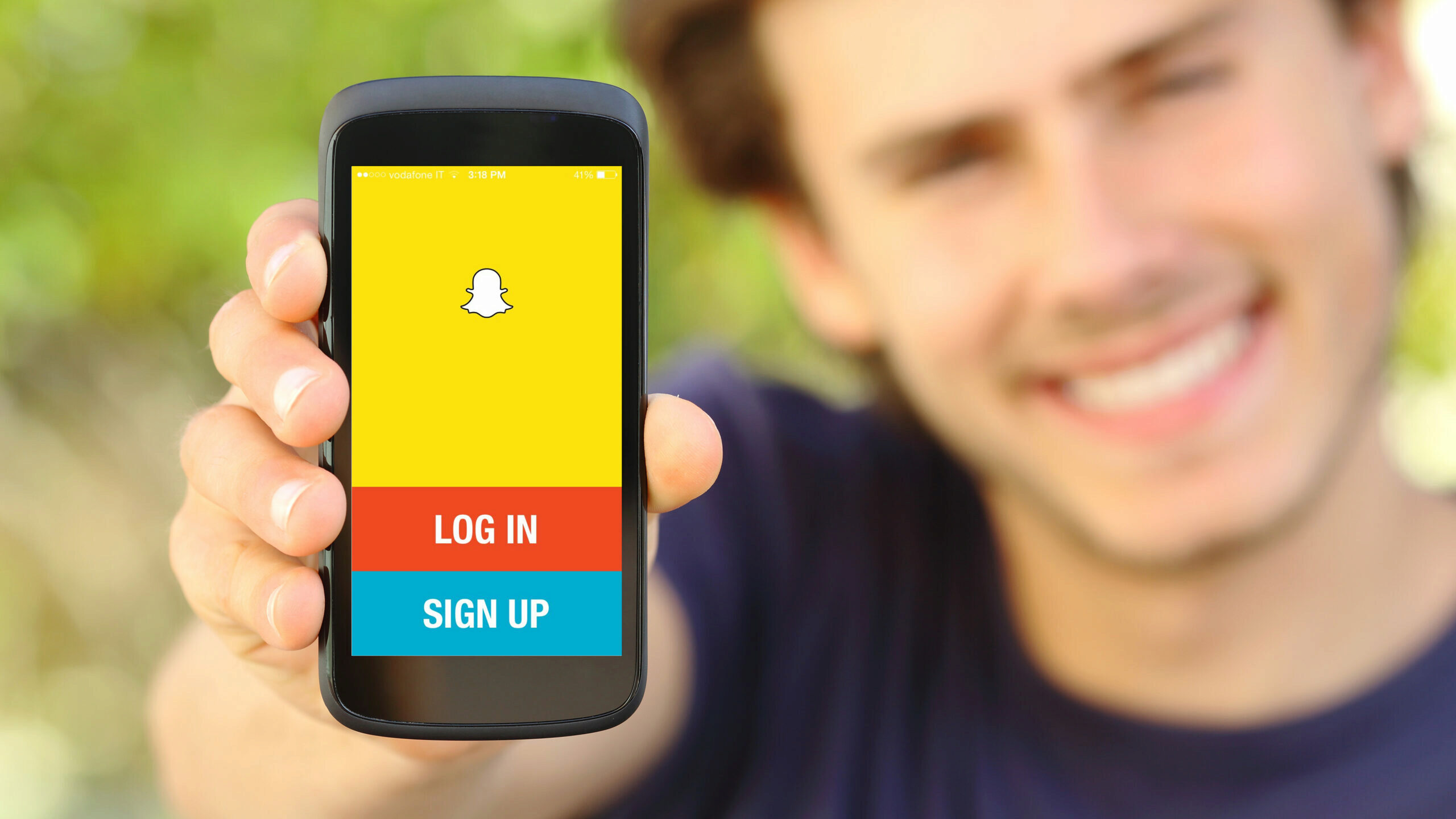 When Snapchat CEO Evan Spiegel walked away from a $3 billion buyout offer from Facebook three years ago, the move shocked many observers who couldn’t believe a small, unprofitable startup could be so bold. But that bet is poised to pay off. Snapchat, a camera and fleeting messaging app favored by teens, is reportedly going public early next year with a valuation of at least $25 billion.

So, why is a five-year-old app with messages that don’t even hang around more attractive to investors than Twitter, which is having difficulty finding a buyer despite being an entrenched tech brand whose service is used by many heads of state? In this excerpted article originally featured in our parent publication, Knowledge@Wharton, analysts explore some of Snapchat’s strengths and areas of growth as the company prepares to start selling its stock to the public.

A Growth Trap for Snapchat?

The numbers show that Twitter is stumbling, while Snapchat has stayed surprisingly resilient. Since 2013, Snapchat’s U.S. audience has grown by nearly 76% compounded annually, according to an October report by Bloomberg Intelligence. It has an estimated 220 million to 250 million monthly active users, of who up to 85% are ages 13 to 34. In contrast, Twitter reported a mere 3% increase in average monthly active users worldwide to 313 million in the second quarter from a year earlier, according to a U.S. Securities and Exchange Commission filing. This year, Snapchat’s daily active users has topped 150 million, surpassing Twitter, according to Bloomberg News.

As it gets closer to an Initial Public Offering (IPO), the issue before investors is this: Will Snapchat fall into the same slower growth trap as Twitter?

Wharton marketing professor Ron Berman says the answer lies in how Snapchat plans to pivot. “The strategic question in my opinion is whether Snapchat is closer to Twitter or to Facebook in usage and user perception. By becoming closer to Facebook with richer content and properly integrating commercial and private content, Snapchat may become a substitute for Facebook and this way be able to monetize its platform.”

Data is the name of the game. Facebook has deep troves of information about its users beyond age and gender. It knows a user’s likes, hobbies, family relationships and many other data points. Not so with Twitter. “Twitter’s monetization challenge has been data. Unlike Facebook, Twitter doesn’t have as much data on user demographics, preferences, or likes and dislikes,” says Jonah Berger, a Wharton marketing professor. And Snapchat has the same problem as Twitter. “Sure, they have traffic, but without knowing that much about their users, it becomes harder to serve them targeted ads, and as a result, harder to make money,” he adds.

CEO Spiegel’s answer is to deepen user engagement on Snapchat by adding more fun features as well as news and other content. For example, it offers users “geofilters” to overlay on their photos or snaps. Another popular feature is the ability to swap faces with friends. Snapchatters can also pop “lenses” on selfies to make themselves look like puppy dogs or bumble bees.

As for content, the company has unveiled a feature similar to Facebook’s News Feed called “Stories,” where users can compile different experiences. Stories and snaps are filed into albums called “Memories.” “Live Stories” lets individuals at the same event contribute to a flow of experiences. Meanwhile, a new “Discover” section features articles from CNN, Buzzfeed and other publishers.

And it is in talks to develop “Snapchat Shows” video series, according to Recode. Ads are inserted in these new services. Snapchat’s business has been growing fast. For this year, it is projecting revenues between $250 million to $350 million, which would be an increase of as much as 500% from $59 million in 2015, according to TechCrunch. For 2017, the company is targeting $500 million to $1 billion. “Snapchat has done a great job monetizing its service so far” despite serving a young audience famous for being fickle, notes Kartik Hosanagar, Wharton professor of operations, information and decisions. “In addition to standard ads, they have done sponsored lenses that allow users to apply filters to their selfies.”

For instance, a Taco Bell-sponsored lens that turned users’ faces into talking tacos — complete with fiery eyebrows as the chain’s signature gong rings in the background — racked up 224 million views in one day. This type of alliance is an “excellent example of integrating the marketing seamlessly into the user experience. It doesn’t hurt user experience and also provides great value to advertisers,” Hosanagar says.

The Mind of the Consumer

The bottom line is that while Twitter’s service has remained essentially the same, Snapchat has kept innovating to maintain its competitiveness. The app’s rich $25 billion IPO valuation “may reflect the possibility that what’s now an entertainment and video messaging service could become a portfolio app hosting various payment, e-commerce and communications functions that exceed its current capability,” Bloomberg Intelligence noted.

A clue to Snapchat’s reinvention can be found in its slate of acquisitions since 2014, the report said. These buyouts include Vurb, a mobile search app, Obvious Engineering, a 3-D photography company, Bitstrips, a personal emoji and comics maker, Looksery, a face-transformation services that is incorporated into Snapchat’s Lenses, Scan.me, a QR-code startup, Vergence Labs (which powers Spectacles) and video chat service AddLive.

As it grows, maintaining a focus on users will be critical. “Snapchat, or any service that collects textual data on customers, has the opportunity to use Natural Language Processing and sentiment analysis to understand the mind of the consumer,” says Eric Bradlow, Wharton marketing professor. Everything from photos stored to taste in music “can all be very strong signs of your… product preferences.”

Wharton marketing professor Jerry (Yoram) Wind points out that Snapchat currently caters mainly to U.S. users, and as such has plenty of growth opportunities abroad. “With the right innovative and courageous leadership, they have a high likelihood of achieving their and the stock market’s expectations.”

But L&F Capital Management, a Facebook shareholder, has said that Snapchat’s features are “easily replicated” and that Facebook-owned Instagram will eventually attract hordes of teens from Snapchat. After Instagram unveiled its own disappearing ‘Stories,’ it has grown to 60% the size of Snapchat in just two months to 100 million daily active users. L&F said, “Snapchat will be a victim of Facebook’s app consolidation plans. Through replicating and improving Snapchat’s core features, Facebook will consolidate the user base and recapture the all-important youth demographic.” Facebook is reportedly testing a Snapchat Stories clone called Messenger Day, which also disappears in 24 hours, in Australia.

Hosanagar says that Snapchat’s biggest challenge is to “stay relevant as the current generation of Snapchat users ages and a new generation comes on within five to 10 years.”

Lots of people consider business to be a numbers game—revenues, active monthly users, and so on. But, in fact, business is so much more about people. How does that theme play out in this story? How are people and personalities behind the success of companies like Snapchat?

The story makes the point that Snapchat has “kept innovating to maintain its competitiveness.” What does this mean? In what ways is the company innovating? Why is innovation so critical to success for most businesses, but especially within an industry involving social media apps?

As a user of Snapchat, how do you feel about your own role in the growth and/or demise of this business? Take the Taco Bell-sponsored filter, for example. Did you ever consider the advertising aspect of this fun feature? And what about the claim that Instagram, now owned by Facebook, will just copy Snapchat’s features and teens will leave one app for the other? Do you agree?

25 comments on “Behind the Puppy Dog Lenses, Snapchat Is a Living, Breathing Business”