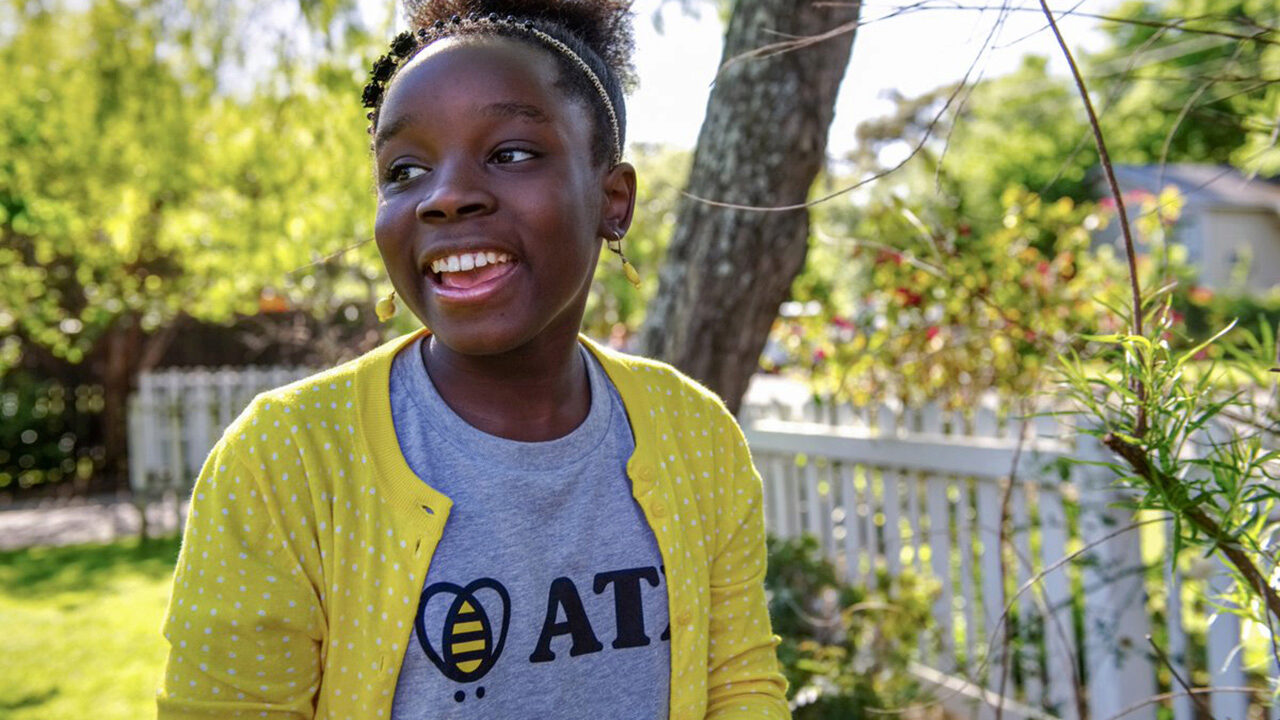 The lemonade stand, a favorite activity for enterprising kids who hope to make some cash selling a cold refreshment during the hot summer months, scored a victory in the U.S. state courts a few years back. Gregg Abbott, the governor of Texas, signed HB 234 into law – otherwise known as the “Save Our Lemonade Stands” bill. With the new law, Texas joined Utah and Colorado in allowing young entrepreneurs to operate a temporary business without a license.

Testifying in support of the bill was a teen entrepreneur from Austin, Texas, who was only four and a half when she set up her first lemonade stand — a true startup that has since grown into a family empire.

Mikaila Ulmer, 14, is the founder of Me & the Bees Lemonade, a company that makes and sells bottled lemonade (from a family recipe that uses honey and flaxseed) and donates a percentage of the profits to help save the honeybees. The recipient of many small-business honors, including a $60,000 investment from Shark Tank star Daymond John and an $810,000 infusion of capital in 2017 from a group of NFL players and businessmen, Me & the Bees is sold in Whole Foods Market, as well as restaurants and other locations.

A self-described social entrepreneur, educator and student, these days Ulmer frequents spots on entrepreneurship panels and leads workshops to talk about her business and her passion to help save the honeybees.

“My biggest lesson about money is simple and has not changed since I was four and a half. Give, save, spend — in that order.” — Mikaila Ulmer

KWHS recently caught up with Ulmer after she wrapped up a trip to the Social Innovation Summit in Los Angeles, where she closed the two-day event talking about her insights into brand purpose and the power of Generation Z purchasing. Ulmer has undoubtedly become a resounding voice for youth-inspired entrepreneurship. With that in mind, we asked the ‘Bee CEO’ to provide us with some valuable lessons from her past decade of business development and ownership.

🐝 Brand. “The beverage industry is very competitive and difficult to succeed in,” observes Ulmer, whose mom D’Andra leads the company’s marketing efforts. “I compete by being authentic to the brand and never, never forgetting why I started my business: To save the honeybees. Honestly, I would like my brand to be known around the world and I would like to create a Me & the Bees line, very similar to the Hello Kitty brand. Besides my lemonade, I just started with a new line of lip balms.”

🐝 Scale. Scaling a business means finding ways for it to grow while still controlling costs and other expenses. A turning point for Me and the Bees came in 2015, when the company won a contract to supply Whole Foods Market. This followed many smaller, yet significant steps, says Ulmer. “My first scale up was when I was just five and decided to upgrade from a hand juicer to an electric Juicer,” recalls Ulmer. “My second scale up was when I was nine and decided to purchase already-squeezed lemon juice. I learned at an early age that scaling is important to grow your business.  Each decision to scale allowed me to produce more lemonade faster, which allowed me to have more customers. I went from one store in Austin, Texas to over 1,000 stores in 40 states across the U.S. Today, my product is manufactured by a large co-packer and we produce thousands of gallons at a time.

🐝 Finance. “My biggest lesson about money is simple and has not changed since I was four and a half. My dad taught me lessons about money,” notes Ulmer, whose father, Theo, is CFO of Me and the Bees in charge of operations and finance. “Give, save, spend — in that order. Give: donate money to make a difference. I also give to my church. Save: I set aside money for college and the future. Spend: I love buying my own things and not having to ask my parents for money…all the time.”

🐝 Mission. The bees have always been a part of Ulmer’s business. When she was four, she was stung by two bees in a week and started to research them. “I learned that they were incredibly important pollinators and dying at an alarming rate,” says Ulmer, who has grown into a true bee ambassador, often educating groups about how bees pollinate crops, help flowers to grow and face diseases and other global threats. The Beelieve Blog on her website addresses bee conservation and other environmental topics. “When I have a challenging day, if I know I saved a bee or inspired someone to be an entrepreneur, I know I am making a difference. I’ve been working hard not only to donate a portion of the proceeds [from lemonade sales] to help save the honeybees, but also speaking to Gen-Z who have, in my opinion, a more social/activist mindset. Two years ago, I started my own nonprofit called the Healthy Hive Foundation, where I help save the bees through education, preservation, and research. And currently we’re working on a pretty cool project with Microsoft to add technology to the mix!”

🐝 Funding. Mikaila is also a big advocate for women in business. “There has been an increase in women taking the leap to start selling products and services,” she says, noting that Inc. magazine reports that every day in the U.S., women start about 849 new businesses. And in the past 20 years, the number of women-owned firms has increased 114%. “Yes! I wish it were not so hard for women to fund their businesses. I have difficulty funding the growth of my business. So, there needs to be less bias in the investment industry. As a result, I would like to become an angel investor and help fund women and minority-owned businesses.”

🐝 Passion and Purpose. While building a business has been a lot of work, Ulmer has had many memorable moments. Among her favorites: a trip to Cape Town, South Africa with Dell Women’s Entrepreneur Network, and introducing U.S. President Barack Obama at the United States of Women Summit in Washington, D.C., in 2016. “The most successful companies are those where the founders are truly interested and love what they do,” suggests Ulmer, who plans to attend college and leverage all her entrepreneurship skills during her life after high school. “Find something you love to do and figure out a way to make it a business while also giving back to your community. The more passionate you are about your company, the more fun you’ll have while running it.”

As a social entrepreneur, Mikaila is passionate about both profits and the environment. Why is she driven to champion bee conservation? Using her website, as well as the “Bee Economy” article in the Related KWHS Stories tab, research honeybees and discover the purpose behind her business mission.

Mikaila says, “There needs to be less bias in the investment industry.” What does she mean by this and how does she plan to be part of the solution?

Mikaila has visions of making Me and the Bees as popular as brands like Hello Kitty. Do you think she can succeed? How would you help her build her brand awareness, brand identity and brand loyalty?

7 comments on “Get Your Lemonade, Here! And Business Tips from Mikaila Ulmer”

Keeping Fear, Frustration and Joy Out of Your Stock Portfolio