Seth Goldman is raising awareness one tea leaf at a time. As president of Honest Tea, the company he started with a Yale professor, he has found a way to sell a healthier cold tea beverage and quench his thirst for social and environmental change. Goldman travels the world, visiting communities where his company’s organic teas are harvested and learning about the cultures that help grow his business. His career as an entrepreneur began when he was a kid selling used golf balls and lemonade. He now channels that energy into an Honest business with a passionate mission.…Read More 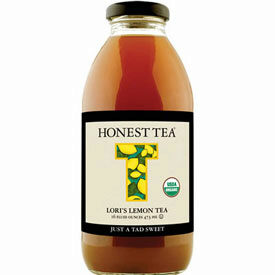 Seth Goldman is president of Honest Tea, a business he started in Bethesda, Maryland, in 1998 with Yale professor Barry Nalebuff. The company, which had revenues of $47 million in 2009, sells a brand of low-sugared bottled tea made with organic ingredients. Tea may seem like a departure for Goldman, a 1987 graduate of Harvard College and a 1995 grad of the Yale School of Management who planned to start a microbiology company, but he ultimately wanted to run a business about which he could feel passionate, and tea became that product. Seems he’s not alone; Honest Tea has developed a celebrity following, appealing to the likes of Oprah Winfrey and U.S. President Barack Obama.

In 2008, Coca-Cola Co. bought a 40% stake in Honest Tea and has the option to buy the company completely in 2011. Goldman hopes to stay on at the company if that happens, channeling his energy into an Honest business with a passionate mission. He spoke to Knowledge@Wharton High School about entrepreneurial spirit, mission-based business and social impact.

Knowledge@Wharton: Were you entrepreneurial as a teenager?

Seth Goldman: I was. I used to run a lemonade stand near the golf course near my house. And my friends and I would find the golf balls that the golfers had hit out into the woods. We’d collect those, and we’d sell used golf balls and lemonade.

Goldman: Tea is an amazing product. It’s the world’s second most popular drink. Water’s the first. And tea is produced by some of the poorest cultures in the world, but enjoyed by some of the wealthiest. So you have this ability to create wealth at a community level without subsidizing or paying for anything economically inefficient. But more importantly, tea can taste great if it’s made right. It has wonderful, healthy properties to it, antioxidants and other great benefits for the circulatory system. And so we wanted to make a product that was all natural. And tea turned out to be the perfect ingredient.

Knowledge@Wharton: What’s your philosophy for surviving and even thriving in the fiercely competitive beverage market?

Goldman: The key is to be different. We never came out with just another “me too” product. From the start, our product was less sweet than what everyone else was offering. And that was why we felt it was relevant, because everything out there was much more like soda than it was like tea. And it’s grown. Our differentiation has grown. So now everything we offer is organic. A great deal of what we offer is also Fair Trade-certified. We’ll continue to raise the bar and find new ways to set ourselves apart. But we’re too small to compete directly with the big companies on their terms. We have to do it on our terms.

Goldman: The key starts with the product itself. Number one, soft drinks are the single largest source of sugar in the American diet. We’re offering a product that has a third to a sixth of the calories. So we’re just putting out a healthier product. That alone is a good thing. But the way the product has grown, because it’s organic, there’s no synthetic chemicals or pesticides or any other artificial ingredients going into the bodies of the people who consume the product, going into the ecosystems where the product is cultivated, or going into the bodies of the people who were involved in the processing and picking of the ingredients. So that is also an important thing.

But on top of that, we do have Fair Trade-certified teas, which means we pay a portion back to the communities where we source the product. Even the way we conduct our business is socially responsible. We do marketing partnerships with the Saturn VUE Hybrid. We have a marketing partnership with Jamis Bikes. We give away 1,000 bikes a year to encourage more sustainable transportation. Even the way we communicate and connect with our consumers, we feel, is part of our whole mission-based business approach.

Knowledge@Wharton: Have consumers embraced the concept of organic eating and drinking?

As a result, just a few years ago, the U.S.D.A. started putting their seal, the U.S.D.A. Certified Organic seal, on the bottles. This really helped set us apart, helped brand organics as a whole. And it’s growing. It is absolutely — I’m convinced. Right now, organics are 3% to 4% of the whole food business. I believe that within three to five years they’ll be 10%. Some categories, like yogurt, are already10%. Bottled tea is less than 1%. So we have a huge opportunity in the next few years to get 10% of the bottled tea market to be organic.

Knowledge@Wharton: What about the price differentiation?

Goldman: You know, Honest Tea, in general, costs 20 to 30 cents more than another bottled tea product. So it’s really not that much more. Especially when we can help share the story. What a lot of cultures don’t realize is that tea is one of the few products that’s never rinsed. Tea leaves are picked and dried. If there are any chemicals on those leaves, they stay on the leaves until hot water’s poured on them. So they just get washed into the drink. As consumers become more aware of the value and benefits or organics, I think we’ll continue to grow.

And for that matter, as we grow now with Coca Cola, because they’re a partner and distributor of ours, I don’t see our prices going up. I do see other prices going up. So I think we’re going to be right — we’ll still be a little more expensive, because our leaves are more expensive. But I think we’re going to be within a very affordable set. We’re not talking about twice as expensive, or even 50% more. We’re just talking about maybe ten or 20 cents more expensive than the other options.

Knowledge@Wharton: Have you traveled to the communities around the world where your teas are harvested?

Goldman: Yes. I’ve been to Africa, to India, to China. They’re all amazing communities. One of the great things about tea is that it doesn’t need an industrial agricultural complex. They’re bushes, so they can grow in wonderfully diverse climates. The diversity of plant and animal life can be very robust in these communities. They are some of the most beautiful places I network.

Knowledge@Wharton: Have you found the youth market to be loyal to the Honest Tea brand?

Goldman: We’re starting. I think, in general, our product is for a slightly older consumer. But it’s striking, even on college campuses, that we’ve seen students react to our product. Just last year, we launched a line called Honest Kids, which isn’t a tea line; it’s a line of lightly sweetened pouch drinks for kids. And it’s been so exciting to see how that line has taken off. I believe that that will actually fuel, eventually, the growth of Honest-Ade and Honest Tea.

Knowledge@Wharton: Are you planning to pursue the youth market? If so, what ways would you go about that?

Goldman: You know, I think that’s not our core target market. In general, that market responds better to the highly sweetened drinks, just because of where they are. Obviously, we hope they evolve away from that. But our target consumer’s a little older, a little more discerning. Like I say, as that market becomes more socially conscious, I think they’ll be drawn to our products.

Goldman: Well, the environment clearly is something that is of concern. A lot of us saw Al Gore’s movie, or read about environmental problems, and then felt, “What can we do to have an impact?” Then it’s, “Well, you can ride a bike or you can try to change your habits. But you also should be thinking about what you purchase.” As an example, organics have a much lighter carbon footprint than non-organic products, because you don’t have to get engaged to the whole production of the other chemicals. Obviously, they’re better for the ecosystem, as well. So I think environmental concerns can be something. And I’d like to think health concerns will grow among the youth market, but I’m not betting on that one.

Knowledge@Wharton: We’re always directed to follow our passion for our careers. How have you done that?

Goldman: For me, this is a complete connection between what I care about and what I’m working on. So I care about health issues, I care about environmental issues, I care about issues of economic opportunity in both the developing world and in this country. This enterprise has allowed me to address all three of those things in a really substantive way. It’s also a wonderfully creative and energizing activity. We just had our company meeting last week, and our employees are so excited about what we’re building. My wife, who works in the nonprofit sector, says, “People in nonprofits don’t get like this. What’s going on here?” They’ve drunk the Honest Tea.

How does Honest Tea fit into the “green” model? Is the company supporting sustainability?

Seth Goldman introduces the concept of fair trade. What is fair trade? Check out the Related KWHS Stories tab for an article on Fair Trade for more insight.

Do you drink Honest Tea? Have you ever thought about how the product was produced? What role does the consumer play in promoting sustainable practices like fair trade?

2 comments on “Seth Goldman of Honest Tea: The ‘Perfect Ingredient’ for Social Impact”