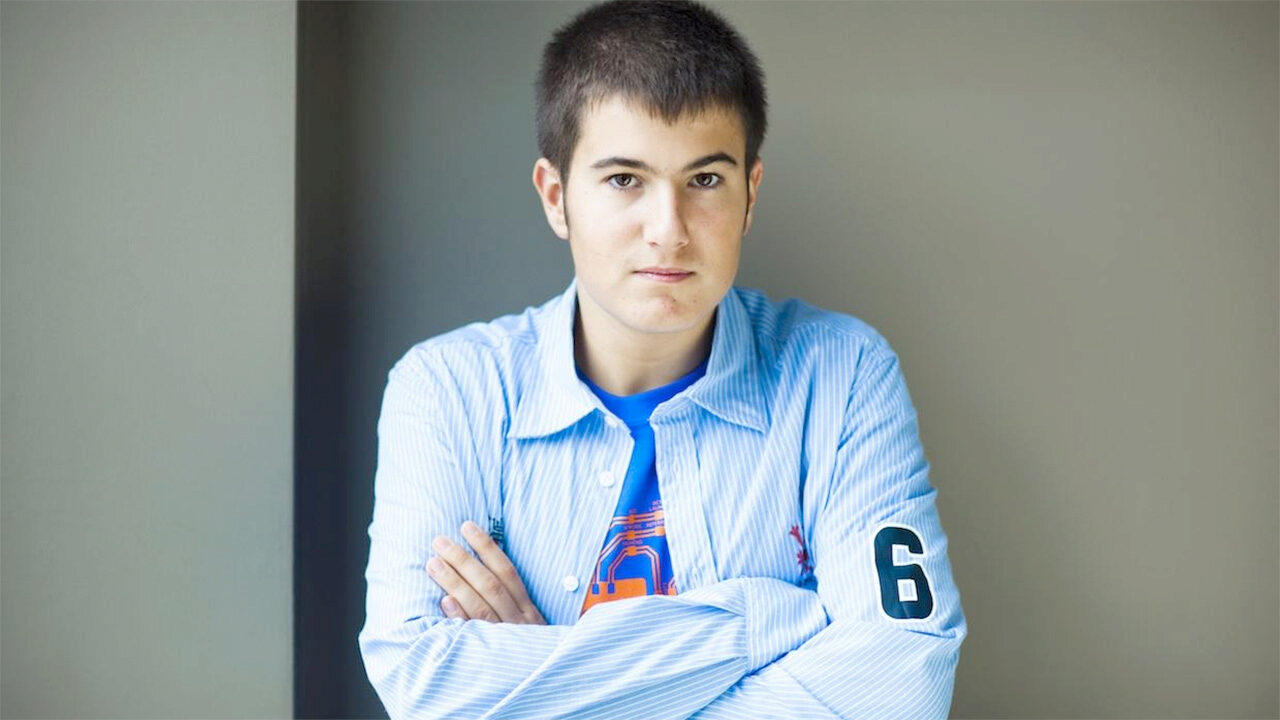 You have everything you need to transform yourself into a successful DJ. All you have to do is send a demo recording that you made to a record label or promote your songs on YouTube. Nevertheless, you can’t sleep at night when you think about the possibility that someone might steal your creation and deny that you are the original creator. This is not a preposterous fear; you are young and your uncopyrighted work is vulnerable. Perhaps you would feel less nervous if you could show in a reliable and truthful way that you – and only you – are the creator of these songs.

Enter the expertise of Stampery. The company intends to use the online network for the digital currency bitcoin as a copyright certification system in order to replace notaries, much as Uber is replacing traditional taxis and Airbnb is replacing hotels. Notaries are authorities who have the power to guarantee and certify documents, creations, transactions, contracts and identities, often with their physical stamps of approval. In Spain, it costs an average of 250 euros to certify a document [with a notary], but with this kind of new technology, it can be done [by Stampery] for 0.2 euros, which represents a 99.9% reduction in cost.

Luis Iván Cuende García is the Spanish co-founder of Stampery, and an old friend of Knowledge@Wharton High School. We first interviewed him in October 2011, following the HackNow contest that recognized him as the best adolescent hacker in Europe. A serial entrepreneur since the age of 14, he is the author of the book, I am eighteen years old and I neither study nor work: I set up companies and I live by doing what I like to do! Recently, Cuende spoke with KWHS again about his entrepreneurial experiences and his latest project. The following is an edited version of our interview with him.

Knowledge@Wharton High School: Before talking about Stampery, I would like to return to our conversation in 2011 when you told us that in five years, you saw yourself living in California’s Silicon Valley and leading your own company. Now that you are 2 years old, do you believe that life has taken you where you were expecting to go? What have you discovered during these years when you were creating companies?

Luis Iván Cuende García: Everything that has happened has surprised me a lot, because things have changed very quickly and sometimes, things have happened by chance. You realize that you have managed to fulfill your goals, but not in a linear way. What happened recently has been a good example, practically speaking: I had a meeting with an investor where we closed a financing agreement that we had spent months fighting to get done. In September, we arrived [from Spain, along with a partner, 33-year old Daniel Levy] in San Francisco to participate in TechCrunch Disrupt, a competition for startups, and [only] a week later we had money in the bank. I had not expected this to happen, and it was pretty crazy. It gave us the chance to continue developing the product and make it viable. We have set things up in Silicon Valley, but we have left the technical team in Madrid because of costs.

I have learned that the entrepreneur has to follow a long road and depend a great deal on meeting the right people. Most companies fail right away because their co-founders don’t manage things well, but I’ve spent about three years with the same companies and this boosts our chances a great deal. It is very important to spend your time with other people who are passionate about what you do, and to hire more people who share the same culture as you have. Now there are seven of us. In the end, luck is important, and you obviously are looking for it; I have been fortunate enough to find some incredible people.

KWHS: Ever since you were 14 when you created Asturix, an operating system based on the free software Linux, until you founded Stampery, you’ve been jumping in and out of business projects. Can you describe how this process has worked?

Cuende García: It’s been a very natural process in which I have always had to make choices. For example, you are involved in an opportunity that is going well – things are okay — and you have to learn how to detach yourself from it in order to position yourself for another opportunity that is incredible and huge. Let me explain: I had a company that made sunglasses. It was managed by a young guy, and it had quite a lot of success. But I realized that the potential for having an impact on society [with such a company] is limited. You can’t compare it with the possibilities [that would stem] from eliminating notaries, which is what Stampery is setting out to do. This can improve people’s lives. So it has been natural for me to abandon some projects that are going well for others that involve more risk and can have a greater impact.

KWHS: Talk to me about Stampery. According to your website, Stampery “leverages the bitcoin blockchain to generate an immutable record of existence, integrity and ownership of all your files and email.” What is involved in the blockchain technology that is behind your company?

Cuende García: What we do is to guarantee the proof of existence, integrity and ownership of any data or communication. Think of what could occur if all communications with other people were notarized. This has the potential to eliminate the need for contracts. This is what we do; we notarize any type of data in a rapid and efficient way through the Bitcoin technology [born in 2009] that is known as blockchain. [Blockchain is a public ledger of all bitcoin transactions that have ever been executed]. This is the largest computational network in the world. These computers are connected among themselves and they arrive at a consensus, and create reliable and irrefutable proof, almost impossible to delete. The interesting thing about this kind of proof is that it can be notarized by any third party [within that network].

KWHS: In your opinion, should young people learn — or become interested in — this new technology? I read that you have compared it with the development of the Internet in the 1990s.

Cuende García: I think so, because whenever a new technology is born, it permits you to do amazing things that you could not do before. That’s when there is a truly new opportunity for doing business and for disruption in those areas where there was no opportunity to achieve that before. Initially, the first use for the bitcoin was in monetary transactions. The fact that there is a base of monetary transactions guarantees you that a transaction has been created in reality. We have opted for using this technology in a way that does not involve monetary transactions. As much as I would recommend learning it, you have to teach it to yourself; there is no other way of learning it.

Cuende Garcia: Sadly, you need to leave the country. There is a very big problem in Spain that does not have a clear solution: neither the venture capital sector nor investors are taking risks. In Spain, we have remarkable technical talent; there is no reason for us to envy the talent that I see in the United States. Nevertheless, what is lacking are ideas that can change the world. What exists are imitators of companies that have already succeeded in other countries. What happens when you present a novel idea to a Spanish investor, is that he turns it down. With Stampery, we spent months before coming to the U.S. trying to do a financing round of $300,000, and there was no way we could get the money. They would always tell you: ‘Let’s talk next week. We will put you in contact with our clients, and if everything goes well, maybe we could invest.’ The process was extremely slow. In contrast, we arrived in the U.S. and in one week we had twice as much of that money in the bank [from investors Draper Associates, Boost VC and Blockchain Capital], and with better conditions, as well as a network of incredible contacts that would be hard for a Spanish investor to have. This is a problem not only in Spain, but all over Europe. People are averse to taking risks.

KWHS: On a personal level, how did you deal with being a young entrepreneur in a world of adults? What have you learned from that? Do you have the same problems that you had at the beginning, when you were 14 or 15 years old?

Cuende García: I’ve overcome the problems I had at the start when I was younger. Not only do you have to get used to the fact that you are working with people whose average age is two decades older than yours. In addition, you have to act like you are not afraid of older people. At times, it is hard to talk with them because you have too much respect for them. These kinds of things have happened to all of us, but they are solved by working directly with people of that age. When you see that nothing [bad] happens, and that you can contribute a lot of value, you start to relax. I recommend that young people work with people who are a couple of decades older than they are.

KWHS: Finally, where do you see yourself within five years?

Cuende García: I see myself having arrived at new levels with Stampery. Having a company that has sustainable revenues, with hundreds of thousands of users and customers for whom we solve real problems. That is my obsession right now. Also, after spending all those years, I would like to continue to have a social impact.

KWHS: Thanks a lot. We have a date to talk again in 2021. Make a note about it on your calendar.

Why did Luis Iván Cuende García leave Spain with his latest venture? What does he mean when he says that people in Europe are “averse to taking risks?”

Cuende García says, “It has been natural for me to abandon some projects that are going well for others that involve more risk and can have a greater impact.” What does this say about his traits as an entrepreneur? If you started your own business, would it be possible for you to move on this quickly? Why or why not?

How has Cuende García evolved as a teen entrepreneur? What has he learned and how has he grown?