Payday Loans and the Perils of Borrowing Fast Cash 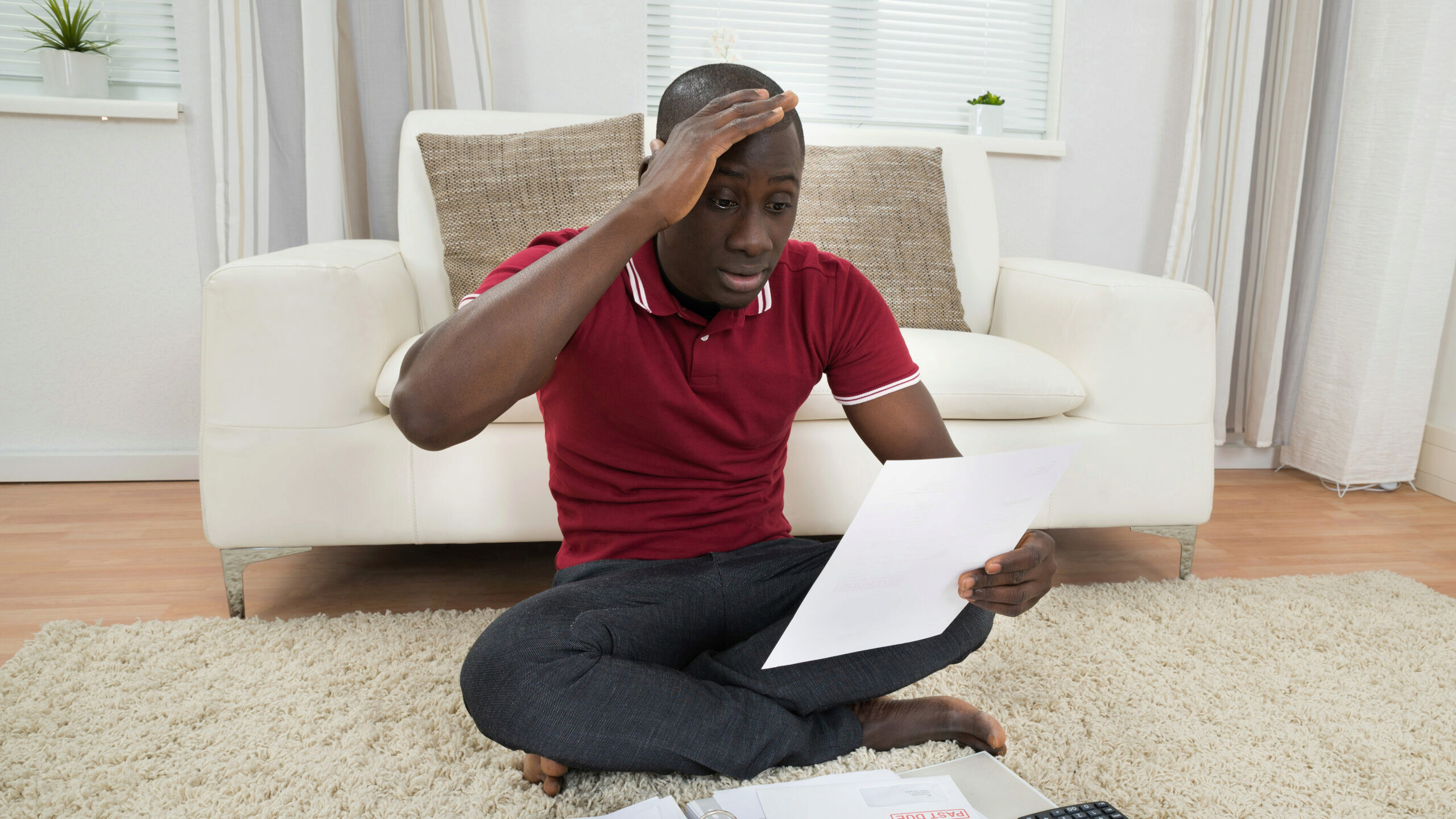 U.S. voters have spoken – and not just for the next president. They are also in favor of cracking down on what some consider predatory lending, particularly in the form of payday loans. During November’s election, South Dakotans voted to cap interest rates on short-term loans at 35%. With that vote, South Dakota joins 18 other states and the District of Columbia in capping the amount of interest lenders can charge on payday loans.

Payday loans are small loans that allow you to borrow against a future paycheck. That option comes with a high price, however, because the interest rates associated with these loans – in part because lots of people are unable to pay them back on time – are incredibly high. Payday loans are prevalent in low-income communities, and these lenders have received criticism for their treatment of low-income borrowers. These borrowers might need extra cash to meet their monthly expenses, but at the same time are not able to pay back the payday loans on time, which puts them into a growing debt with payday lenders.

How It All Works

Borrowers usually give their bank account information to the payday lender, who will debit the owed money from the borrower’s account when due. Payday lenders operate from storefront businesses and online, giving customers round-the-clock options for accessing money this way.

The minimum age for borrowing a payday loan is 18. But just because teens can borrow money this way doesn’t mean that they should rush to use this type of loan without understanding the financial ramifications. In September 2015, a British teen made headlines when he committed suicide allegedly as a result of losing much of his bank account to a payday lender known as Wonga. This and other less-drastic cases have increased the scrutiny on the payday lending industry.

While a Pew Charitable Trusts study found that 25- to 44-year olds make up the majority of payday loan borrowers, 5% of 18- to 24-year olds have borrowed money this way. When they do, they may be harming their financial futures by getting trapped in a cycle of debt because they don’t understand how these loans work or underestimate their ability to repay them.

Payday loan amounts usually range from $100 to $500, with the average loan around $375, according to the Pew Charitable Trusts. Borrowers pay an average fee of $55 per two weeks, and the loan must be paid back based on your payday.

If you can’t pay back the loan at the end of the two weeks, payday lenders will usually roll it over into a new loan. As a result, the average payday loan borrower is in debt for five months of the year. Repeatedly rolling over loans could result in annual interest rates of more than 300%. Compare that to a typical credit card interest rate of 15%.

“When someone takes out a payday loan they’re not in the best financial place to begin with most of the time,” says Matthew Divine, a managing partner at Realpdlhelp.com, which provides payday loan debt consolidation services. “Sometimes people are just naïve and someone is offering $500, and they’ve never had a loan before. Sometimes people will just do it because they need the money or think they need the money.”

Divine’s company works with borrowers struggling to repay multiple loans. “We get the debt organized for them…then we send a letter to the lender and say all communication should go to us.”

The debt consolidator then works to stop further debits and collection attempts from payday lenders. “We will dispute payments, that’s a big part of the service we provide… once we dispute the payments with the [borrower’s] bank, the bank won’t allow it to continue,” says Divine.

Because of the high fees, some young people are looking for alternatives to using traditional payday loans when they need fast cash. Flint Yu, 18, a senior at Hightower High School in Houston, avoids using payday lenders to get advances against his paychecks, which he says he needs in order to make trades in his brokerage account. “I’d like to try to avoid those because I’ve heard those interest rates are crazy,” he notes.

Instead, Yu uses Activehours, a free app that links to timesheets from his part-time job doing marketing and SEO for Suprex Learning. He is able to borrow up to $100 per pay period, but some users may be able to borrow more. Like payday loans, the app debits money from the borrower’s checking account on payday.

“I started when I was 17 with Activehours. It’s kind of like a payday loan. We use a clock called Tsheets, and [the app] connects to Tsheets so it knows how many hours we work,” says Yu. “It’s free, there are no fees, but whenever you cash out it gives you an option to pay tips, so that’s how they make money.” Yu says he sometimes pays a tip, but not always.

According to the Activehours website, “We want to inspire people to treat each other fairly and to do more good. That’s why, when you use Activehours, we let you choose how much to pay for the service. We rely on our user community to support the work we do.”

Yu recommends that other young people looking to manage their money “try to use the free services as much as possible instead of using paid services.”

Some financial experts wonder if services like Activehours will give payday lenders a run for their money. Payday lenders require that borrowers have an income from a job, but little is done to ensure that they can afford to pay back loans.

What Fits Your Needs?

The Consumer Financial Protection Bureau (CFPB) recently proposed a rule that would require lenders to evaluate whether borrowers can actually afford payday loans. The rule also wants to limit the number of rollovers borrowers can do. (Currently, 38 states have laws regulating payday lending, but the CFPB proposal calls for oversight at the national level.)

“You see a lot of payday loans in the south, in areas where there’s manufacturing, where people work shift jobs or they work seasonal jobs, and they have limited financial services…maybe not a lot of banks. If your job or income is not steady, even in 35 or 40 days you may not be able to pay the loan back,” says Joann Needleman, who serves on the CFPB’s Consumer Advisory Board (CAB) and is the leader of Clark Hill’s Consumer Financial Services Regulatory & Compliance Group.

Needleman says concerns about inconsistencies in payday lending policies and borrowers’ ability to repay loans do need to be addressed. But she points out that some data show that the rules proposed by the CFPB would eliminate 50% to 80% of payday lenders because it would no longer be profitable for them to remain in business.

“Yes, it’s important to protect consumers from loans that they either shouldn’t be in or can’t afford to repay, I totally get that,” says Needleman. “But at the same time, these are a group of consumers – 30 to 40 million people who are under-banked or unbanked — who have no access to credit, and you are preventing them from using credit and having access to credit.”

For teens entering the work world for the first time, it is important that they become educated about the variety of financial products that can help – or hinder – them as they make decisions about managing money.

“What are the terms, what are the late fees? I wouldn’t just say go take out a payday loan. My advice would be if you are considering it, research it and find the best product that suits your needs,” said Needleman. “They need to understand how to manage these loans properly…it’s really an understanding of your budget and the money that’s coming in and money that’s going out.”

So much is written about the “predatory” nature of payday loans that it is often easy to dismiss the businesses that provide these loans. Who are they? Are they legitimate? Consider the Argus Leader article (found in the Related Links tab) that came out after the South Dakota vote on election day. Are all predatory lenders bad? Do they run viable businesses? Why or why not?

Joann Needleman says of payday loan users that, “these are a group of consumers – 30 to 40 million people who are under-banked or unbanked — who have no access to credit.” By taking away the payday loan option, she adds, “you are preventing them from using credit and having access to credit.” The payday loan argument has two sides. What are the advantages and disadvantages of payday loans? Does it make sense to outlaw them entirely, as some states have already done? Come up with several questions to research and explore and hash them out in a mock debate.

Storytelling is a powerful way to learn from the experiences of others. Do you know anyone who has taken out a payday loan? Please share your story with a partner and post it in the comments section of this article to continue the conversation.