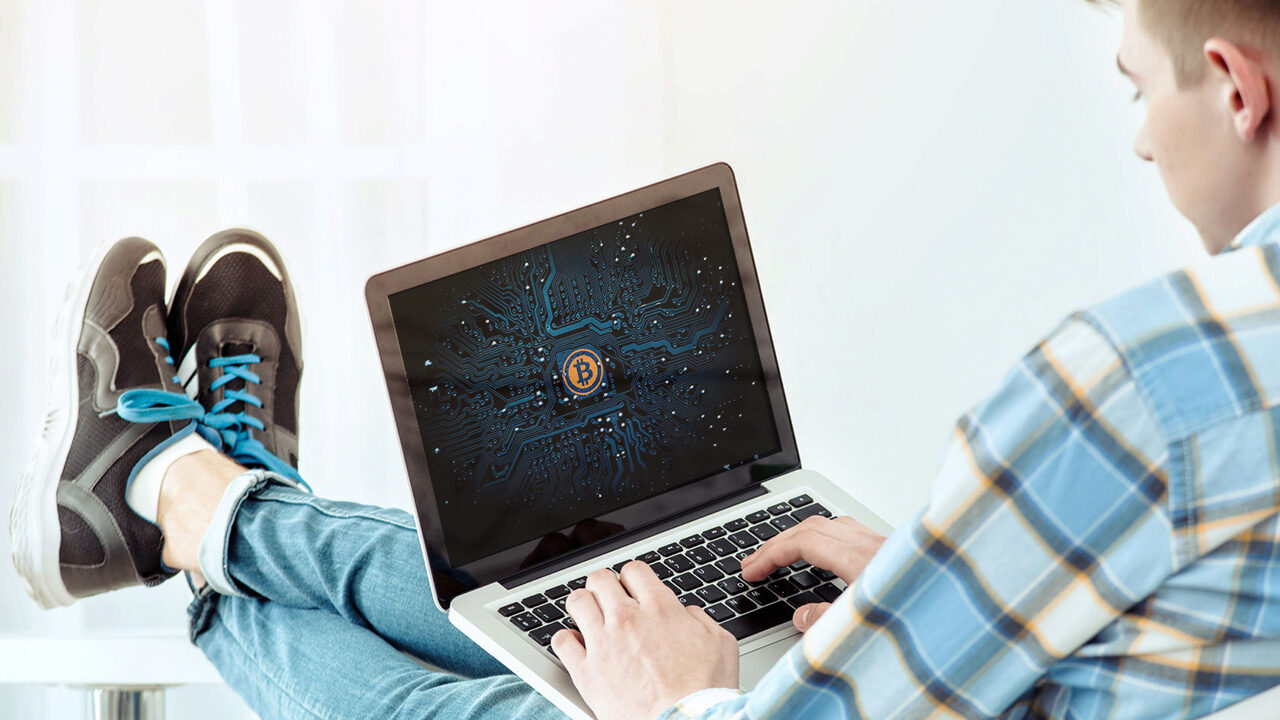 The recent buzz around the digital currency bitcoin has launched a somewhat legendary teen back into the spotlight. His name is Erik Finman. He’s 19 now, but in his early teens he was better known as “The Bitcoin Boy.”

The story goes that in 2011 Finman, a smart, yet restless kid living in rural Idaho in the U.S., bought 100 bitcoins with $1,000 from his grandmother. He cashed in that investment in 2014 for $100,000 in order to win a charity raffle night out with one of his idols, Alexis Ohanian, co-founder of Reddit. Finman went on to found a company and have success as a young entrepreneur. Meanwhile, his investments in bitcoin continued. According to recent reports, Finman now owns 401 bitcoins, which have been rising in value to thousands of dollars per coin. As a result, Finman is reportedly worth millions these days. His latest career aspiration: To build the “school of all schools” in Dubai, the largest city in the United Arab Emirates.

As one of the most high-profile teenage bitcoin investors, Finman gets lots of ink and lots of followers on social media – more than 19,000 to date on Twitter. That’s why when he drops tweets like this one from December 22, 2017: “There will be lots of ups and downs for cryptocurrency on the way to the top! Its success is inevitable! It’s unstoppable,” people take note.

As with any investment, knowledge is power. KWHS called on our sister publication, Knowledge@Wharton, to understand what all the bitcoin buzz is about. Here are some key takeaways from K@W’s recent story What’s Blowing Up the Bitcoin Bubble?

What is it? Bitcoin is the world’s first decentralized digital cryptographic currency (a.k.a cryptocurrency). A few years ago we asked high school student and self-proclaimed “bitcoin ambassador” Dylan Redfield to explain. “First, bitcoin is a currency,” said Redfield. “Just like you can have a dollar, a euro or gold, you can have a bitcoin. It holds a store of value like any other currency. Bitcoin is completely digital and is stored on your computer. It is decentralized and runs on a peer-to-peer network, which means that not one person or [institution] can regulate or control bitcoin. And it uses cryptology [as a security measure] to make sure that only you can use your bitcoins.” People can choose to pay for things using their bitcoins – sites like Overstock.com and Reddit.com accept this digital currency – and/or they can invest in the bitcoin currency as they would invest in the stock market or in gold, and earn a return on their investment as the price in U.S. dollars per bitcoin rises.

The bitcoin buzz. That brings us to all those recent headlines. The price of the cryptocurrency surged by nearly 1,900% in 2017, to an average high of $19,499 on December 15 across major bitcoin exchanges, before plunging down to just under $14,000 by year’s end, according to blockchain.info. On January 16, 2018, the value was around $11,500, dropping to a six-week low. Even so, bitcoin’s ascent is striking especially since it emerged just eight years ago, the creation of a mysterious person or group of people named Satoshi Nakamoto. In 2009, bitcoin was worth zero.

Why all the hype? Much of bitcoin’s stratospheric rise was achieved in the past year. For years, bitcoin traded in a much lower range due to its novelty, a spate of negative news such as the 2014 hacking of the now-defunct Mt. Gox bitcoin exchange, and early link to criminal activities (Silk Road). Those same concerns are still around — a South Korean digital currency exchange recently closed down after suffering its second cyberattack. However, bitcoin’s adoption by major institutions makes it more credible. The CME Group (Chicago Mercantile Exchange) and CBOE Global Markets (Chicago Board Options Exchange) recently began trading bitcoin futures. Nasdaq also plans to launch bitcoin futures in the first half of 2018, according to The Wall Street Journal.

Wow! Should I run out and invest in some? Cryptocurrencies are “highly speculative assets,” said Christian Catalini, a professor of technological innovation, entrepreneurship and strategic management at MIT, on the Knowledge@Wharton show on SiriusXM channel 111. “Here you’re investing not only in very early-stage projects, but also in very early-stage technology. Many of these assets may not exist five or 10 years from now, but some may be large successes. We’re really witnessing the dawn of a new industry.” Bitcoin is but one of a number of cryptocurrencies, including ethereum and litecoin.

What if it’s just a fad? “Long term, is this basic technology of cryptocurrencies something real that’s going to be a core part of the financial system? Absolutely,” said Kevin Werbach, Wharton professor of legal studies and business ethics. Central banks around the world are testing their own digital currencies. China has completed its trial run while Japan, Sweden and Estonia are developing their own as well, according to CNBC. Japan has J-coin, Sweden has E-krona and Estonias is called Estcoin. Also, the U.K., Uruguay and Kazakhstan are interested. Singapore is wrapping up its own digital currency trial in 2018. In the U.S., the president of the Federal Reserve Bank of New York said the Fed is exploring the same idea but it is still “very premature.” The cryptocurrency community is divided on whether bitcoin is a “side show or the show,” said Wharton visiting professor Shimon Kogan, who teaches a course on fintech that includes the blockchain and cryptocurrencies. He adds that the “fundamental breakthrough is not necessarily bitcoin but the blockchain technology,” which is the distributed ledger that tracks these transactions [and is the largest computational network in the world]. “Serious players are investing in blockchain technology.”

Expect the headlines to continue. Regulators, central banks and countries are ramping up their scrutiny of cryptocurrencies. France wants the world’s top economies to debate bitcoin regulations at the G20 summit this year, according to Reuters. The G20 summit is an international forum that brings together the governments of 20 major countries. Countries that have banned cryptocurrencies or initial coin offerings include China, Iceland, Ecuador and Bolivia. Those that have accepted or are regulating them include Canada, Japan, Poland, Ukraine and Australia.

What is bitcoin and why has it been getting a lot of press lately?

Expert Christian Catalini says that we are “witnessing the dawn of a new industry.” What does he mean by this?

Are you a bitcoin investor and/or user? If so, tell your story in the comments section of this article. What have you learned about cryptocurrency that you can share with us?