How to Own a Piece of Your Favorite Brand 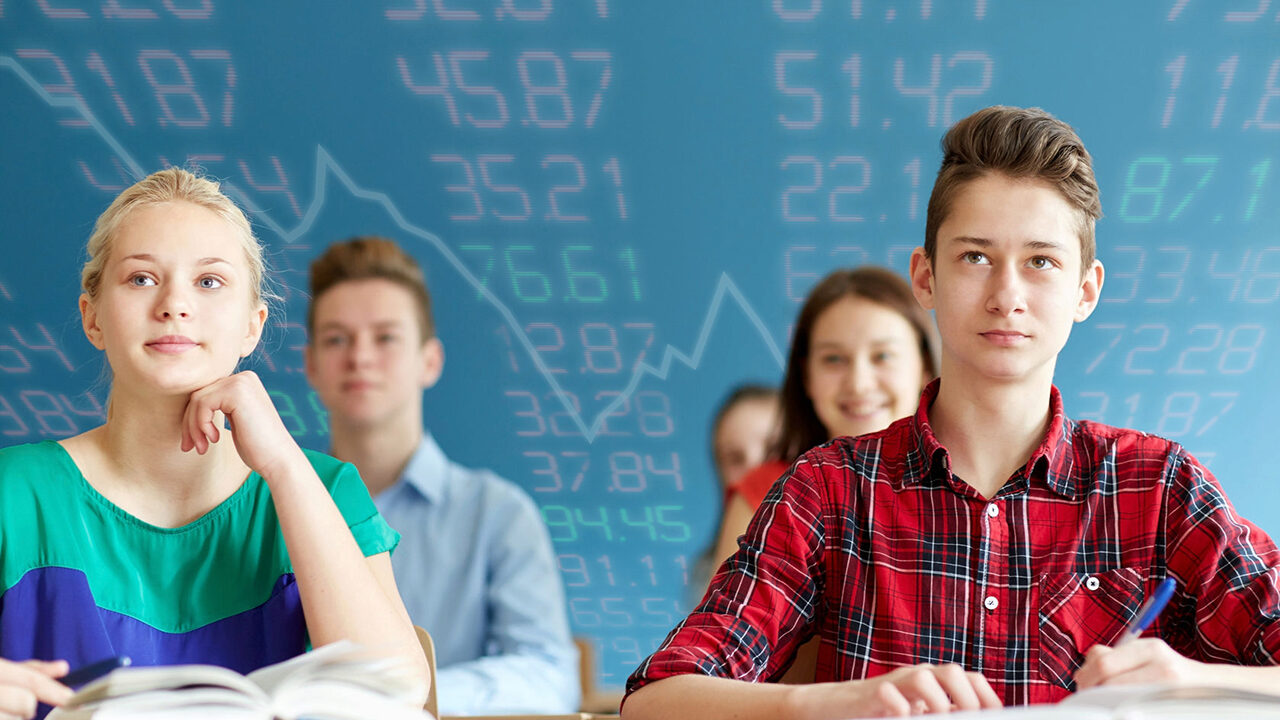 Ari B., 15, is a sophomore at Yavneh Academy of Dallas in Texas, U.S. His interest in the stock market began in middle school, and since then he’s traded stocks, bonds and currencies. Ari now runs the investment club at his school, a learning-based group that results in a four-day investment competition that is drawing interest from other high schools. He is also developing a passion for broader financial education in the Dallas public schools by exploring ways to “close the financial literacy gap with students.” In honor of the KWHS Investment Competition Region 3 registration kick-off this week, we asked Ari to share his thoughts on teens and investing. He sent us this personal essay.

Picture the typical teenager, decked out in name brands that are cycled through every six to twelve months. From Adidas apparel to the latest iPhone, teens love to associate with all the top brands. Where does that get us? Sure, we look great, but we also have to shell out big bucks to keep up with the latest tech trends and fads. Imagine the power of changing the role many of us play with these companies; profiting from their sales, as opposed to the reverse. This could be the reality if more teens understood the prospects of owning pieces of their favorite brands and profiting from the companies they know and love.

The average teen knows very little about the stock market and the mysterious world of Wall Street. To most of us, it’s just a place where rich people “push paper.” It doesn’t impact our day-to-day lives, so therefore it’s out of sight and out of mind. Most importantly, many teens may not even realize that they can access the global markets and participate in real investments. According to a study by ING Direct and Capital One, a whopping 87% of teenagers reported they know little to nothing about managing money.

Teens are under-informed about the financial opportunities available to them. The empowerment that comes with owning stock in a company – also known as the shares issued by a company — instead of merely consuming its products is incredible, especially when you make money in the process. Imagine a new generation of financially savvy teens who aren’t just influenced by marketing campaigns for the latest sneaker or technology, but also search for innovative ways to use their product preferences to their financial advantage.

I remember the first time I learned about the possibility of owning a piece of a name brand. A few years ago, I was completely obsessed with buying a pair of Beats headphones. Athlete endorsers such as Richard Sherman, KG, and A.J. Green, made Beats the epitome of cool. After Apple purchased Beats, their allure reached a new level. Suddenly, my daily Google search on “Beats” yielded new content: articles saying that this purchase will boost Apple’s stock price. I was intrigued. Instead of merely owning Beats headphones and squandering a few months worth of savings, I could own part of the company. As a shareholder, I would be associated with the Beats cool factor, and make some money in the process. So, I bought my first stock, one share of AAPL. Today, that share is worth more than 1000% of the price I paid; enough to buy even the most expensive pair of Beats a few times over. This epiphany moment was crucial to my financial development.

As teens, we actually have some inherent advantages over adults when it comes to investing. Unlike many adults, we may have disposable income that isn’t being maximized; it either sits in the bank or is spent on a new video game. Additionally, when compared to adults, teens do not have many financial obligations, so investment decisions during teenage years aren’t nearly as risky. What if more teens invested their birthday or babysitting money into the stock market? These funds are not required to pay a mortgage or cover the month’s grocery expenses, but they could help us do just that in the future! By employing a basic buy-and-hold investing strategy, we could gain much-needed exposure to financial markets, as well as some serious cash. An average teen who chose to own a piece of the company Facebook five years ago has benefited from a 400% return on that investment! More practically, we will eventually grow up to be adults. Only half of all adults in the U.S. invest in the stock market, according to a Federal Reserve study. As we gain knowledge and confidence with the financial markets, our generation will become that much more involved in the stock market.

Let’s face it, young investors also hold a certain advantage over our parents’ generation: we know what’s trending before anyone else does. Millennial trends can actually drive the stock market. Goldman Sachs noted that millennials are the largest generation alive, and are about to enter their prime spending years, making them an appealing demographic with tremendous financial leverage. To illustrate this point, recently on CNBC, famed analyst Jim Cramer was discussing the oddly fantastic earnings of RV company Thor Industries. Cramer was puzzled as to why the company’s lackluster earnings suddenly picked up, resulting in the stock rising 13%. After all, RVs are a thing of the past. Now people can actually fly to where they want to go, instead of driving highways and back roads for hours in a cramped, half-car half-trailer. However, Cramer concluded that this turn-around at Thor Industries was due to the millennial uptick in RV renting; a trend unforeseen by a Baby Boomer such as Jim Cramer. Teens, who instinctively track trends (and help influence them), are uniquely positioned to transfer their knowledge into investing ahead of the curve.

Many of today’s teens are blind to the potential of the stock market in their lives. By flipping the narrative and educating teens about the power of investing in brands, versus consuming them, our next generation could turn pocket money into major spending power. More importantly, investment expertise — a key component of becoming financially aware — would become an important money-management tool at an earlier, less risky age. By acting on the skills that come from financial education, we can build a more empowered generation that is better positioned for a prosperous future.

Do you agree with Ari B’s assessment that “teens are under-informed about the financial opportunities available to them”? Why or why not? Do you agree in general with the premise of Ari’s essay? Share your reflections in the comment section of this article, and ask him your questions. He may just answer you!

Are you a young investor? How did you get involved with the stock market? Share your story in the comment section of this article.

Why is it valuable to begin investing when you’re young?

How the Next Generation Can Add Value to ESG Investing