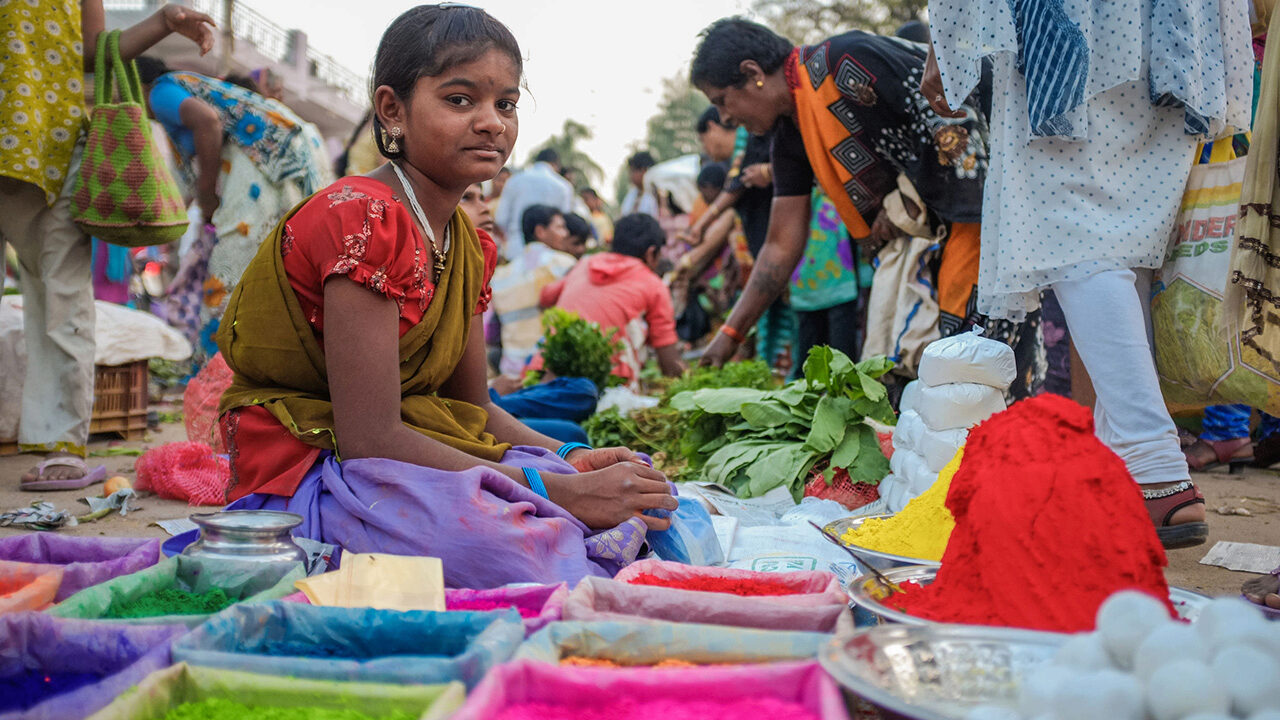 In January 2018, Vishwakrit Choradia, a 12th grader at Pathways School in Gurgaon, New Delhi, India, visited the 2018 Jaipur Literature Festival, where he listened to a talk by a legendary figure in the global finance world: Muhammad Yunus. Yunus, a Bangladeshi social entrepreneur, is considered the father of microfinance, small loans given to businesspeople who are too poor to qualify for traditional loans. In 2006, Yunus received the Nobel Peace Prize for founding his microcredit financial institution, Grameen Bank.

“In his talk, he called upon the youth to be job creators, not job takers,” notes Choradia, who is 18. “That line inspired me to empower others to become entrepreneurs.”

In May, Choradia launched Project Graafin (short for Grameen Grahak Finance), a microcredit startup modeled after Grameen Bank that provides short-term, unsecured loans of up to INR 30,000 (about $400 USD) to micro-entrepreneurs living in impoverished communities in West India. Choradia says that Project Graafin now has 30 borrowers, from weavers to street vendors, and greengrocers to candy shop owners, and has established a presence in 11 villages across the state of Rajasthan.

“We specialize in giving interest-friendly loans, where a customized interest rate is decided based on a borrower’s economic situation and his ability to repay,” says Choradia. “This has helped our organization to avoid loan defaults and maintain a repayment rate of greater than 90%.” In other words, he claims that most of his borrowers are paying back their loans over time.

“If we want to create a more inclusive society, we need to make people sustainable, not dependent on outside assistance.”

Graafin borrower Pinki Gupta owns a candy shop in Nayala, Rajasthan, where she sells toffees, chocolates and other snacks to village schoolchildren. In June 2018, she received a loan of INR 30,000 through Project Graafin. She has used that money to expand the variety of items available at her store. Recently, she has also diversified into selling bhujia (a local Indian snack) to adults in the village.

“One of the most important lessons of microfinance is that the poor and financially excluded can flourish given the right resources and opportunities,” adds Choradia. “Also, I don’t feel that simply funding an NGO is the best way to alleviate poverty. If we want to create a more inclusive society, we need to make people sustainable, not dependent on outside assistance. Our goal is clear: to harness the innovative power of the poor through effective and efficient credit delivery.”

Graafin is one of many organizations operating to empower the world’s poorest citizens through microloans. Since the launch of Grameen Bank in 1976, microfinance has grown into a robust – and at times controversial – industry that by some estimates has reached more than 130 million clients.

Here are five truths about the field of microfinance:

What is financial inclusion and how is it connected to microcredit?

What does Vishwakrit Choradia mean when he says, “If we want to create a more inclusive society, we need to make people sustainable, not dependent on outside assistance.”? Do you agree or disagree?

Do you have any experience with microcredit, either as a borrower or a lender? Share your story in the comment section of this article.

What does Muhammad Yunus mean when he says, “Poverty doesn’t come from the poor people themselves; poverty is imposed from outside.” Do you agree with his image of ‘economic oxygen?’ Why or why not?

How to Network Online with Influential People