Microblogging service Twitter faced a judgment day of sorts on Thursday, Nov. 7, when it began trading as a public company on the New York Stock Exchange. It had a strong public stock debut, but does Twitter have room to grow? Teen and academic experts offer their analyses. …Read More 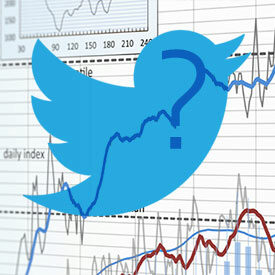 Every day, Twitter’s more than 230 million active users send out about 500 million 140-character microblogs about everything from daily specials at local restaurants to minute-by-minute accounts of political and social strife happening around the world. But questions about the true financial worth of all this info, and whether Twitter can turn it into a robust, sustainable source of revenue, has dogged the company since its inception in 2006.

Twitter faced a judgment day of sorts on Thursday, Nov. 7, when it made its debut as a public company. When a company first issues shares to the public on the stock market, it begins with an initial public offering (IPO) – an opening price for the stock. An IPO helps a company determine how much the stock is worth at that particular moment, and it allows the company to raise needed capital for expansion or other projects. It is also an opportunity for people in the company who own private shares to finally cash in and make some money.

Twitter’s IPO comes after heavily hyped, but ultimately problematic, initial stock market showings from fellow social networking firms Facebook, Groupon and Zynga. Yet even if Twitter makes a big splash (so far, so good), is it a good buy for the long term? Wharton experts are mixed in their views, noting that while tech firms have huge advantages — robust user bases among them — they also come with some potentially serious deficits.

Arun Kalyanaraman, 16, has been watching and waiting for the big hashtag moment at the New York Stock Exchange, on which Twitter’s stock is trading. It just so happens that the junior from High Technology High School in Lincroft, N.J., was home on Thursday while New Jersey-based schools were closed for the annual Atlantic City Teachers’ Convention. Kalyanaraman, a regular Twitter user (though not ‘annoyingly so,’ he stresses), was quite literally atwitter about the company’s public debut. The stock opened at $45.10 a share on its first day of trading, 73% above its initial offering price of $26, valuing the company at $31 billion. It climbed up over $50 a share before closing at $44.90 a share.

“I have a lot of confidence in the stock and expect big things,” says Kalyanaraman, whose interest in the market is fueled by his love for math, science and technology and the fact that his dad is a financial consultant and his cousins investment bankers. “The reason I’m interested in the IPO is because the [main] user base for Twitter is around my age group – teens to mid-30s. I’m fascinated that we have been able to shape a company’s history; to create such a great impact within the technology space relatively quickly. Twitter didn’t pick up until 2008 when it gained traction within the presidential election and then got into our daily lives and [took off]. If we were able to shape this [development] so easily, then how easily can we take it away? Is Twitter that stable a business model? If it is not able to sustain its user base, then how is it going to survive? I am interested in the analytics around how Twitter can create a good business model based on such a capricious user base.”

Wharton management professor Raphael (Raffi) Amit says Twitter is going public when investor enthusiasm is high for such debuts. “It’s a hot market for IPOs,” he states, noting that the third quarter of this year had 25 initial public offerings, more than double the figure for the same quarter in 2012. Driving demand are low interest rates, investors seeking higher returns and a greater confidence in the economy and its prospects, Amit adds.

He suggests that the market is not in a tech bubble like it was at the peak of the dot-com boom. The pace of today’s IPOs still falls behind that of 1999 and 2000, when there were 280 and 238 venture-backed IPOs respectively, according to the National Venture Capital Association.

In the case of Twitter, most direct comparisons have been to Facebook’s IPO in May 2012, which was one of the biggest in Internet history with a peak market capitalization (a determinant of a company’s size, other than total sales, that is arrived at by calculating a company’s shares outstanding by the market price of one share) of more than $104 billion. But the hype around FB’s IPO was just that, and not sustainable. It was soon characterized as the Facebook fiasco. “Facebook went up 2% and then crashed 10% the next day,” notes Kalyanaraman. “That was not a stable investment. I like Twitter over Facebook’s IPO because FB had already expanded its mobile platform, had a user base above 1 billion and was worth [around] $100 billion at the time it went public. Twitter has 300 million users and it was only being priced at $10 billion [Twitter’s strong debut on Wall Street put the value at $31 billion]. Twitter isn’t generating profits right now, but it is used by all the different user types — companies, the demographic above 30 and the demographic below 30. That gives Twitter tremendous room to grow.”

Wharton marketing professor Pinar Yildirim echoes that Twitter is looking promising because it has not yet tapped into its potential. Even so, an uncertain path to profitability is a problem for many technology companies. “Many tech firms gain instant popularity and a large user base with very few opportunities for monetization,” she notes. “They often just have popularity, not necessarily profitability.” The challenge with social media companies in particular is that the more they try to make money from their large user bases, the greater the consumer backlash, as users bristle at seeing their feeds clogged with an increasing number of ads or their dispatches used for promotions, Yildirim points out.

Ambika Nair, a junior at West Windsor-Plainsboro High School North in West Windsor, N.J., agrees that the future performance of Twitter’s stock depends highly on user satisfaction. “Given that Twitter gains the majority of its revenue from advertisements through promoted tweets and trends, as well as the selling of its vast collection of data to other companies, increased use of either may turn users off,” notes Nair, whose business club has been closely following Twitter’s IPO. “Twitter has a huge youth base; many teens are leaving Facebook for Twitter, and increased advertisements might be a turn off for them. Twitter appeals to teens like me by giving us information in real time, letting us know what’s going on at every instant. I hope Twitter maintains or improves its advertisement model so that it doesn’t hinder this ability, while still generating more revenue.”

Nair imparts one final cautionary note to Twitter’s decision makers as they explore ways to expand their business model: “Before selling the data it collects, Twitter should think about acting ethically, and keeping their users’ privacy paramount.  A lot of teens really do care about their privacy, believe it or not, in a world where almost all of our information is online, and our loyalty to Twitter is also tied to this issue.”

Twitter’s IPO was being sold as the anti-Facebook. What does that mean?

Do you think that Twitter can sustain and even grow its user base? Why or why not?

Research the IPOs of Facebook, Groupon and Zynga. What were some similarities? Differences?

What are your thoughts on privacy in today’s connected world? Do you agree with Nair’s statement that “a lot of teens really do care about their privacy”?

A Look at Amazon, Walmart and How Your Shopping Experience Is Changing