Today, April 22, is Earth Day. KWHS talked with young people from Massachusetts to Mumbai, India, to learn about their passion and commitment to global environmental issues such as overuse of plastic bottles, fracking, the global water crisis and solar energy, to name a few of their concerns. it is a testament to the influence of youth activists everywhere.…Read More 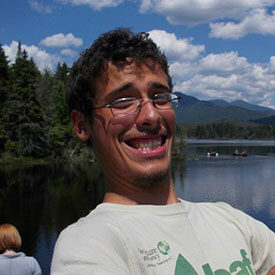 Today’s young adults — also known as Millennials — are passionate about everything from technology and fashion to politics and the economy. But according to a recent study published online in the Journal of Personality and Social Psychology, environmental issues are no longer a top priority. The study notes a decline in young people’s concern for the environment and taking action to protect it.

“I totally don’t agree,” says Judi Shils, executive director of Teens Turning Green, a student-led movement that seeks to engage youth in environmental awareness. “I see nothing among young people but an incredible willingness to mobilize and get involved and take on any issue.”

Tanya Heravian, director of operations for Sprout Up, a California-based nonprofit aimed at promoting environmental stewardship throughout communities, is similarly impressed by the environmental action among young people. “The professionalism and creativity they devote to the back end of the organization never ceases to amaze me,” she notes.

Not only do environmental leaders such as Shils and Heravian passionately disagree with the Journal study, but they are quick to name numerous youth who are leading change at home, at school, in the community and around the world. KWHS spoke with some of these Earth avengers.

Anna Hankins, a senior at Wachusett Regional High School in Holden, Mass., has always had a passion for the environment — and not just because her birthday is on Earth Day, April 22.

Since entering high school, she has participated in an Earthwatch Institute Fellowship in Canada, taken a National Science Foundation sponsored college course, participated in a sustainability internship and been involved in her school’s “Think Globally, Act Locally” club. But it wasn’t until Hankins participated in Teens Turning Green’s “Project Green Challenge” that her environmental efforts became more personal. “Every day for a month, I received a challenge that inspired me to take a closer look at things I used daily, like make-up, shampoo, clothing, food and water,” says the 18-year-old. “I was completely shocked to discover the conditions in which my clothes are produced, and how many foods contain genetically modified organisms.”

In addition to making a conscious effort to buy more eco-friendly and organic products, she also became passionate about the impact that single-use bottles have on the environment — from the plastic waste to the energy needed to produce them. Now she only uses reusable water bottles and spearheaded a “Ban the Bottle” campaign at her high school. “My school just signed a 10-year contract with Pepsi to sell its products … most of which are in bottles,” she says. “My mission is to get students to stop purchasing bottles from the vending machines. We need to stand up and let corporations know this is something we care about.”

With plans to attend the University of Massachusetts Amherst in the fall for hydrology (the study of water), Hankins is excited to continue what she started at her high school. During her college visit, she noticed water bottles being distributed with the school’s logo on them. “That’s one of the first things I plan on changing,” she says.

Born in Puerto Rico, Jason Bonet was surrounded by nature. At age 7, however, he moved with his parents to the Bronx, N.Y., and suddenly realized just how limited green space was and how important it was for him to find ways to protect it. “Living in an urban area has only helped strengthen my commitment to the environment and my interest in urban conservation,” says the 17-year-old. “It wasn’t until I decided to attend the High School for Environmental Studies in Manhattan that opportunities really started opening up for me.”

These experiences ranged from sailing along the Hudson River, which helped him discover the diversity of the local environment, to working as a wildlife technician at the Mianus River Gorge preserve for two years, where he studied coyotes. It was an internship with The Nature Conservancy’s Leaders in Environmental Action for the Future (LEAF) program that he says ignited his interest in pursuing a career in environmental conservation and education. “This internship has opened my eyes to the beauty of my home state, [showed me] a number of colleges and universities that I [could] see myself in, and shown me the different aspects and jobs within nature conservancy,” Bonet says.

For his senior thesis, Bonet researched and wrote about the impacts of natural gas drilling, or fracking, which is taking place in a lot of areas in New York and northern Pennsylvania. “A lot of people here don’t understand what it is, so I wanted to learn more about it in order to spread the word about its harmful impacts on the environment so we can work to stop it,” he notes.

Before attending SUNY College of Environmental Science and Forestry in the fall, Bonet is also excited about traveling to Germany this summer to learn more about green technology through an educational program offered by AFS-USA Faces of America.

The Power of Solar

In India, 72,000 villages and roughly 400 million people have no access to electricity. That’s where 21-year-old Pranav Desai comes in. As a student at H.R. College of Commerce & Economics in Mumbai, he has become a project leader for a youth initiative called Project Chirag.

By introducing solar lighting to rural villages, Desai says he hopes to decrease the use of kerosene lamps, which emit poor quality light and release lethal toxic fumes that cause health and environmental problems. “I personally feel, ‘If it is to be, it is up to me,’” Desai says. “If youth today decide to bring about change in their own capacities, the impact will be phenomenal.”

Growing up in Mumbai and watching new high-rise buildings go up, Desai began thinking more about the environment and worrying whether his country would be as green and lush in 20 years. He convinced his parents to move out of the city where he was able to attend RiverDale International School, which was surrounded by 50 acres of lush greenery. “In the first few days, I had moved closer to nature,” Desai recalls. “Instead of watching a movie like I would have in Mumbai, I’d go for a trek. I was fitter, and I was healthier in my body and mind. It was a turning point in my life.”

Since moving back to Mumbai, he has become more involved in change through the United Nations Environment Programme, in which he serves as a member of the TUNZA Youth Advisory Council 2013. In addition, as the vice president of his college’s Enactus Team, he helps to identify complex community problems while using an entrepreneurial approach to solve them. “I for sure am looking forward to a career where I can work along with the youth to do something for our global community and impact those people in need faster and better,” says Desai, who is pursuing a degree in management studies with a specialization in marketing.

He urges his peers to heed the words of former Indian leader Mahatma Gandhi: “Be the change you wish to see in this world.” Be innovative, be creative and never give up, says Desai. “Simple changes, drives and campaigns in your neighborhood can change a lot.”

Not many teenagers are tuned into the global water crisis. Kate O’ Rourke, a senior at Lebanon High School in Lebanon, Ind., hopes to change that. O’Rourke, 17, was first inspired by a visit to her school from The Thirst Project, a program that has raised over $2.6 million, providing more than 100,000 people around the world with safe, clean water. “[My classmates and I] realized that raising enough money to build a well in a developing nation was not as unattainable as we thought,” O’Rourke says. “Before long, I found myself fully invested in completing my small part of the global water crisis solution.”

That “small” part involved organizing her school’s first ever Dance-a-thon to benefit the Thirst Project, which raised nearly $7,500 — enough to finance an entire well. “We saw our potential to actually make a tangible difference in the world and pounced on it,” O’Rourke notes. “Thankfully, our classmates and our community felt the same compassion to help make our campaign possible.”

Throughout the process, O’Rourke recognized her own capacity to make a difference in the world. Her message to other teens is to not discredit their influence and the powerful effect it can have on people’s lives. “With assistance from your friends, family and community, your campaign becomes pretty easy, and you have fun in the process,” says O’Rourke, who plans to become a broadcast journalist. “Find a cause that touches your heart and use your brain to find the best ways to solve the problem.”

Think about your family and friends: Do you agree or disagree with the conclusion of the Journal of Personality and Social Psychology study? Why or why not?

What are some of the common characteristics of these student environmentalists? Do you share some of these qualities? If so, what project would you like to tackle?

What does Mahatma Gandhi’s quote mean? Why is it so powerful? How might you apply this to your own life?