Behind the Scenes of a Sneakerhead Startup 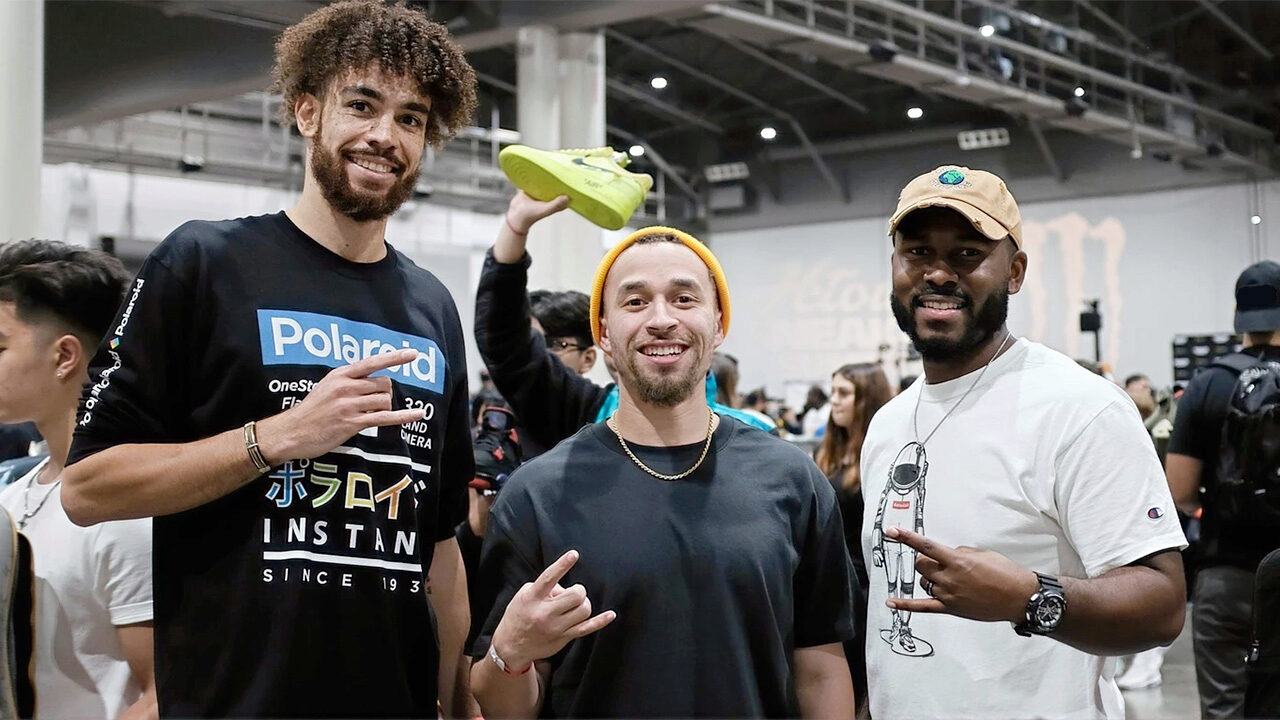 The business side of sneakerhead culture won’t be denied. For the lovers of all-things sneakers, especially those who spend tons of energy collecting and posting about their favorite limited-edition kicks, the industry is on fire.

This month, we sat in on a presentation by a company competing in the New Venture Competition, a pitch competition for early-stage ventures, designed to showcase a new generation of Black innovators. Among the top 10 finalists, pitching to a panel of judges during the virtual Whitney M. Young Jr. Memorial Conference (put on annually by the Wharton School’s African American MBA Association), was a new platform for the sneaker community with a strategy to disrupt the market.

With the help of co-founder and CEO Mbiyimoh Ghogomu, we take you behind the scenes of Sneakerhead startup, Tradeblock. Would you invest?

The idea. The company is billed as the first platform built specifically to unite the social and economic aspects of sneaker culture. “Sneakerheads have been trading with each other for decades, but despite the emergence of multiple billion-dollar marketplaces, nobody had built a platform where collectors could trade shoes for shoes. That’s the problem we set out to address,” said Ghogomu, who has been talking sports and sneakers with his co-founders Tony Malveaux and Darren Smith since they were together in middle school. Tradeblock also wants to build and cultivate a sense of community on its platform. “On Tradeblock, sneakerheads create a public profile that shows off the kicks they have and tells other people about the kicks they want. They can then secure new kicks by engaging in fantasy sports-style trading negotiations with one another.”

“Your average sneakerhead is not trying to sell the vast majority of the shoes in his or her collection. Thus, marketplaces are only capturing the shoes that people are actively trying to get rid of.” — Mbiyimoh Ghogomu, CEO, Tradeblock

The numbers. Tradeblock launched its beta Web app in August 2020 with 300 users and just under 5,000 total shoes. “Since then, we’ve grown to over 12,000 users and over 63,000 total shoes and inventory,” said Ghogomu, who was born in Cameroon and is the content and strategy lead for the IBM Research brand team (his day job). “We’ve also closed 346 trades as of yesterday, generating just under $30,000 in revenue. When a trade is agreed upon, we charge both parties a $40 service fee, for a total of $80 of revenue per trade. After the cost of shipping and authentication, our margins are anywhere from 50% to 60%.”

The vision. “Why did we start with trading? For one, trading is just inherently a highly engaging and highly social activity. It basically turns sneaker collecting into a game, giving users a ton of reasons to return regularly to our app and engage with one another,” said Ghogomu. “The second reason: trading unlocks inventory that marketplaces simply aren’t capturing…Your average sneakerhead is not trying to sell the vast majority of the shoes in his or her collection. Thus, marketplaces are only capturing the shoes that people are actively trying to get rid of. We surveyed our users and we found that 83% of them had three or fewer shoes total posted to these resale marketplaces. Keep in mind, these are people with dozens if not hundreds of shoes in their actual collections. Meanwhile, those same people are adding an average of nine shoes to their Tradeblock closets.” 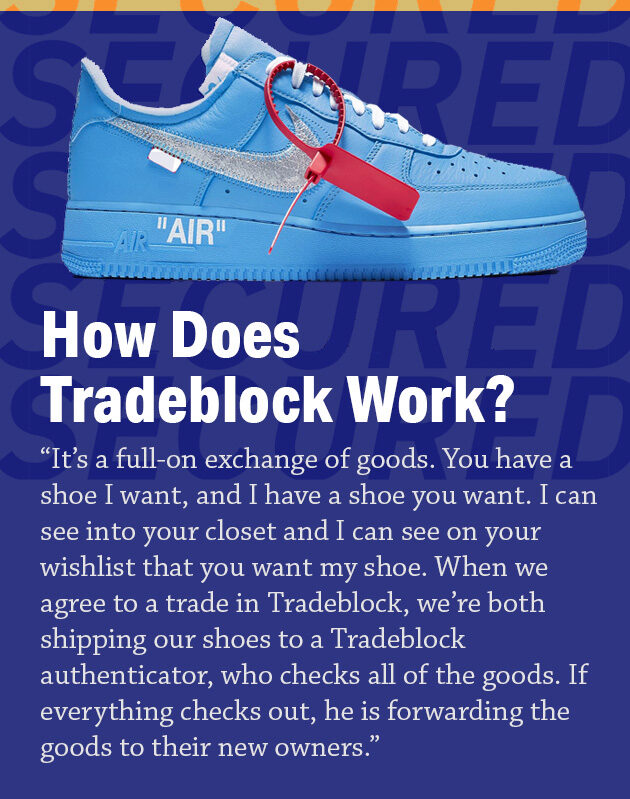 The roadmap. Tradeblock is planning to launch its iOS app in March 2020. “That will kick off a series of promo campaigns from people like Qias Omar, a shoetuber who garners 100,000+ views on nearly every one of his videos. In parallel, we will be rolling out an automated trade recommendation program and aggressively expanding our [sneaker] authentication capabilities by building in-house authentication centers in strategic cities around the country.” And while Ghogomu and team are laser-focused on sneakers for now, trading streetwear, handbags and even gaming consuls may not be far behind. “From day one, we were very intentional about building and architecting our platform in such a way that it would be really easy for us to add additional goods when we’re ready for it. [Jeff] Bezos started with books and we’re just starting with sneakers.”

Are you a sneakerhead? How does this business model sound to you? What are its strengths and weaknesses?

What does Mbiyimoh Ghogomu mean when he says, “[Jeff] Bezos started with books and we’re just starting with sneakers?”

Do you think there’s room for a startup like Tradeblock in an already crowded sneaker resale market? Does the business have enough of a competitive advantage to survive?

7 comments on “Behind the Scenes of a Sneakerhead Startup”