Often, children who join the family business do so for the wrong reasons and are unprepared to help take it to the next level. Next gens who are considering this career track benefit from taking a break from the company to attend college or work elsewhere, so that you develop your own skills and credibility. KWHS explores what it takes to be ready for your family business. …Read More 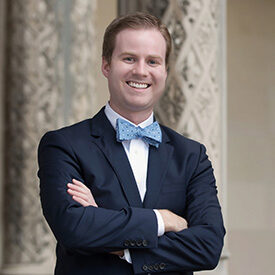 Recently, Bill Ford, Jr., executive chairman of Ford Motor Company, helped roll out the latest and greatest F-150 line of trucks at the Rouge Factory in Michigan — the same plant where his great-grandfather began making Model A’s almost 90 years ago. He also led a $2 billion overhaul of the famous factory in 2004 in order to make it environmentally friendly, which included outfitting it with a 10-acre “living roof.”

Bill Ford, Jr.’s accomplishments at Ford exemplify how the next generation can successfully be involved and contribute to the family business — bringing technological breakthroughs and a fresh perspective, while also building on the underpinning laid by its founders.

Still, the decision to work alongside mom, dad, sisters, brothers and even grandparents isn’t necessarily a “no brainer.” Instead, it may require some serious soul searching and planning.

In a Wall Street Journal article published in 2013, Bill Ford, Jr. recalled a conversation that he had with his father about joining the family empire. His father’s advice: Join the company only if you love it and don’t expect to make it to the top.

“It’s really important for next gens to join the family business for the right reasons,” says Mike McGrann, director of the Initiative for Family Business and Entrepreneurship at Saint Joseph’s University in Philadelphia, Pennsylvania. “Too often they jump into the business out of a sense of obligation, entitlement or desperation, only to find that they are completely unprepared.”

According to a Mass Mutual American Family Business Survey, successful transitions into a family business can take as long as 10 years. In other words, you have some time to test the waters before deciding if you want to make a career out of the family business. “For high school students, this could include shadowing family members or securing an internship or summer job at the company,” says Cooper Biersach, director and co-founder of the Family Enterprise Center at UNC’s Kenan-Flagler Business School in North Carolina. “Any opportunity you can get to observe family dynamics and learn more about the business can help you in choosing a career path.”

Chase Pickering, 27, says he discovered a passion for marketing while spending summers working in various departments of his family’s business, The Biltmore Company, which owns and operates America’s largest home located on an 8,000-acre estate in North Carolina. “My first job was working in the farmyard where I cared for the animals and educated guests on our family’s deep roots in agriculture and sustainability,” he says. “I realized early on that what I loved most about my family’s business was its stories, and I felt that [building marketing expertise] could help me tell those stories.”

After graduating from the University of North Carolina at Chapel Hill with a degree in strategic communications, Pickering spent several years working for Walt Disney’s Worldwide Conservation Fund. He recently returned to Biltmore, where he serves as project manager of marketing. “There are some really exciting projects on the horizon for our company, especially with our conservation and sustainability initiatives,” he says. “I’m looking forward to applying my education and outside work experience to be a part of that growth.”

According to a 2014 PricewaterhouseCoopers Family Business survey, 86% of next gens who plan to get involved in the family business say that they want to do something significant and 80% have big ideas for change and growth, such as introducing new products, investing in new technologies, exploring social media or changing the way the business operates. “While the first generation has the stronger experience level, the second and third generations often bring a stronger education background and new skill sets to the table that can help modernize the business and take it to the next level,” says Monika Hudson, director of the Gellert Family Business Resource Center at the University of San Francisco School of Management in California.

Working in his family’s Northern Pennsylvania-based modular home-building business wasn’t Joshua Kintner’s first career choice. While studying economics, sociology and business at Penn State University, he planned to become an entrepreneur after graduation. “When my father called me at college a year ago and told me he could really use help coming up with fresh ideas for the business, I realized I had a lot to offer the company and in turn there was a lot I could learn from it, as well,” says Kintner, who is 23.

Since officially starting in May 2014 at Kintner Homes, which was founded by his grandfather in 1972, Kintner has assumed the lead role of CEO, bringing with him new energy and entrepreneurial ideas for expansion, including plans to build a franchise prototype. “Many next-generation leaders realize that they can be entrepreneurs within the family business,” Hudson says. “Sometimes, it simply involves thinking a little bit outside of the box.”

‘The Best Leader I Can Be’

Next gens who are considering joining the family business benefit from taking a break from the company to attend college or work elsewhere, notes Biersach. These experiences give them confidence and credibility among employees, as well as new skills and ideas.

Family business expert Domenick Celentano, who worked for his family’s frozen-food business for more than 25 years, echoes that credibility is key — in large part due to a family-business reality (or myth) known as nepotism, when employers favor relatives. Too many members of family businesses have an air of entitlement, he says, and neither understand nor develop credibility. He stresses the importance of building your personal brand and finding ways to validate your skills: “Network in your field of interest as early as possible so people get to know you. It’s great to use your parents as a foundation and then build upon that so you are viewed as having value in your profession as a result of your own knowledge, skills and accomplishments.”

Kintner, who oversees a team of 20 employees, says his education has really helped him in his leadership role, especially the sociology aspect. “Right now, I’m focusing on self development and making sure I am being the best leader I can be,” says Kintner, who is currently enrolled in a leadership certificate program through the Family Business Alliance at Wilkes University in Wilkes-Barre, Pennsylvania.

Family business centers and programs are located on the campuses of colleges and universities across the country and are focused on helping family businesses and future generations succeed. The centers offer everything from educational opportunities, to mentorship and networking forums to consulting services. Wharton has the student-led Wharton Family Business Club, as well as the Wharton Global Family Alliance, a partnership between Wharton and leading families from around the world that develops academic research about the core issues that families and their businesses face.

Before joining her family’s event-planning business in southern Vietnam, Nga Nguyen wanted to take advantage of the opportunity to study in a developed country. As a senior at the University of San Francisco, she is majoring in entrepreneurship and innovation. She is also taking a family business course at the Gellert Family Business Resource Center. “I’m experiencing new things here so later I can bring the innovation and technology back to my family’s business,” Nguyen says. “I also want to have at least a few years working outside of the family first, gaining some experiences.”

At the end of the day, the business is still part of a family’s legacy, says Pickering. Even if the younger generation chooses not to get involved in the day-to-day operations, it’s important to continue learning about it. “Family businesses change and evolve and so do people’s interests,” he adds. “You never know when an opportunity to get involved might present itself down the road.”

This article cites several examples of young people who have joined their family businesses. What are some of the specific ways they are bringing new ideas and skills to their companies?

What is nepotism? How might nepotism interfere with someone’s ability to thrive in a family-business career? Do you think nepotism is bad or good? Why or why not?

Do you plan to work for your family business? Get together with a partner or in a group and discuss what your family business does and how you are preparing to join the business. Are you ready? What might you need to do to be better prepared? If you aren’t going into the family business, why are you choosing a different path?

One comment on “Working for the Family Business: Are You Ready?”