Tajamala Lester started her professional career as a producer for an interactive media company, but after years of interviewing high-tech entrepreneurs and later working with them on product development, Lester realized that she wanted to take a more active role in their growth.…Read More 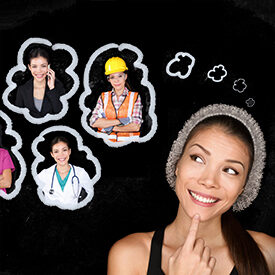 Tajamala Lester started her professional career as a producer for an interactive media company, but after years of interviewing high-tech entrepreneurs and later working with them on product development, Lester realized that she wanted to take a more active role in their growth.

“I always felt a job is about more than just being able to pay your bills, and I eventually realized that I was ‘hard wired’ for a venture capital career and would need an MBA to pursue my goal,” says the 39-year-old MBA candidate at the Lorry I. Lokey Graduate School of Business at Mills College in Oakland, Calif. Lester is also a Goldman Sachs 10,000 Women scholar. The 10,000 Women training program at Mills College is one of several around the world that have been working since 2008 to improve the business and management skills of women entrepreneurs. “My realization and assessment of my abilities were a gradual process, and I took steps to be sure that my decision was a good fit with my personality.”

VCs on the Mind

Many people hesitate to engage in the kind of deep self-assessment that Lester undertook, according to Barbara Blissert, a lecturer and MBA faculty adviser at the business school. “It’s not unusual for people to never really get in touch with themselves,” says Blissert, who worked in human resources management for 20 years before joining Mills. “The tools just weren’t around for the baby boomers like me. Even today, many teens aren’t aware of the advances in formal self-assessment study.”

Blissert likes to see teens take personality tests before they finish high school, “so at least they will have an idea of their personality type before they enter college or look for work.”

In her role as a human resources manager, Blissert saw too many cases involving middle-aged men and women suffering performance declines. It came out, in counseling, that they really weren’t happy with their careers.

Lester never reached that point of frustration. After earning an undergraduate degree in 1994 in art history at the University of California, Berkeley, she landed a job as a producer at CNET, a media company that was later acquired by CBS. At CNET, she reported on start-ups and other high-tech companies, often interviewing partner-level venture capital professionals. After five years with the company, Lester moved into product development, working with a series of high tech, digital media and other start-ups, where she learned about computer programming and technical development.

She kept thinking about the VCs she had met at CNET. “It was like a light bulb went off,” she recalls. “I wanted to do what these guys — and back then it was all guys — were doing.”

Lester just wasn’t sure what career to pursue. “I had this feeling, but I wasn’t sure about it,” she says. “I enjoyed writing about these creative entrepreneurs, and later working with them on product development, but it wasn’t enough. I wanted to play a bigger role in growing a business by actually creating the capital that backs it. For that I would need a better background in corporate finance, so in 2009 I enrolled in the MBA program at Mills.

Lester’s choice was influenced by her increasing self-awareness. “Many business schools approach the study program as a series of self-contained silos,” she notes. “The Mills program is about bringing different areas of knowledge together while helping the students to become self-aware of themselves and their goals.”

In addition to her academic load during her first year at Mills, Lester took a battery of psychological tests, including the Myers-Briggs Type Indicator personality inventory, which can help individuals identify professions that match up well with their personality traits, or “passions,” as Lester calls them. “The personality tests confirmed that I’m a ‘big picture’ thinker,” she says. “I’m also willing to take on a reasonable degree of risk, which is embedded in the venture capital process.”

A 2010 summer internship with Centro Community Partners, an Oakland-based business capital and advisory services firm, reinforced her decision. “I worked on program development, strategic planning, evaluation and analysis,” Lester says. “I also worked with some people who thought they wanted to be entrepreneurs. But after exploring it in depth, we discovered that it wasn’t for them, which was an equally important insight.”

It takes a certain type of person to be successful as an entrepreneur, notes Blissert. “I believe there is some degree of ‘hard wiring’ when it comes to an entrepreneurial personality,” she says. “Entrepreneurs tend to want to be more independent and may be more comfortable with a higher degree of risk than the general population. An entrepreneur may also be a bit of a dreamer, but in a visionary way.”

“That’s a big part of the reason that I’m ultimately opting for venture capital instead of investment banking,” says Lester. “I could see taking on an investment banking position as a stepping stone to my VC goal, but investment bankers usually want more comfort, in the form of a company’s track record or history before they put money into something. VCs though, deal with start-ups and you’ve sometimes got to be willing to follow your gut feeling. I’m comfortable with that.”

What does What is the Myers Briggs Type Indicator personality inventory? Have you taken a test like this before? If so, what were the results?

What does Tajamala Lester mean when she says she is a ‘big picture’ thinker?

What did Lester do to help her decide that she was definitely considering the right new career?