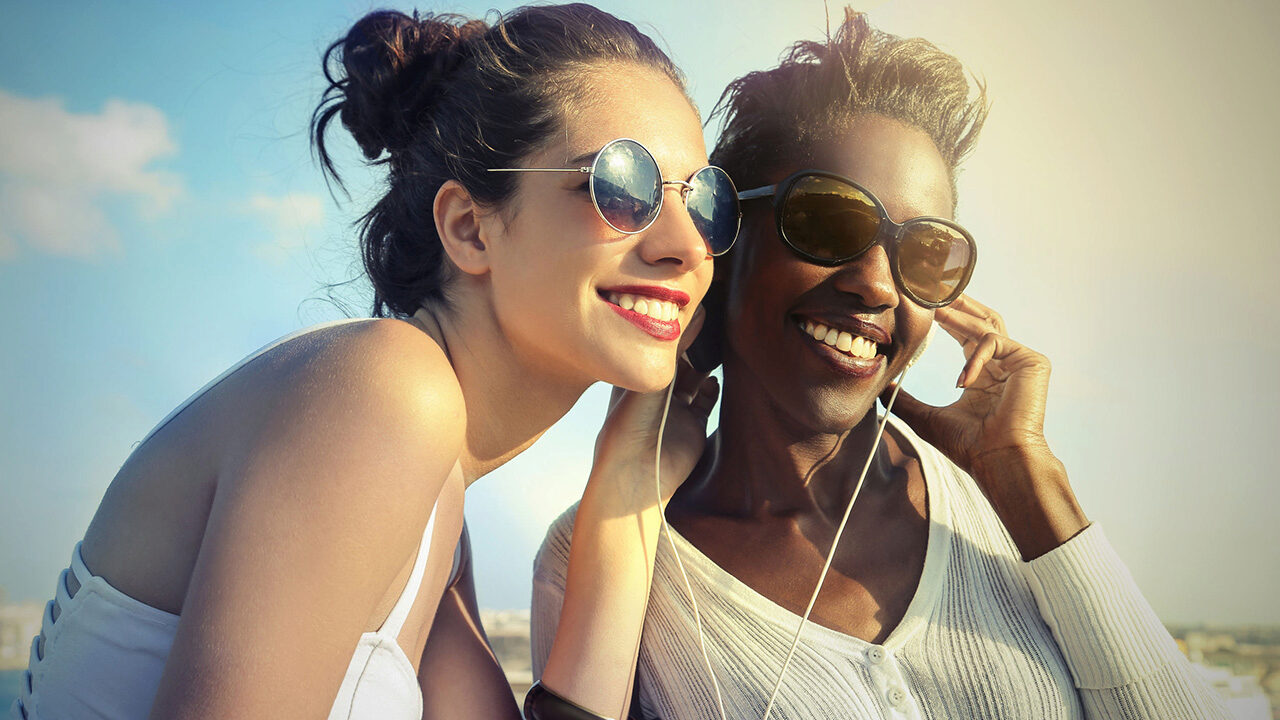 If you know Daniel Ek, the Swedish-born CEO of Spotify, then you’re not surprised that he is making news for taking an unconventional path. He started his own business designing and building websites at age 14, and by age 18 he was managing a team of 25 programmers. He sold his online marketing company Advertigo in 2006 for about $1.25 million. He was 23. He actually took some time off from the business world in his 20s, choosing to party and drive a red Ferrari, but he wasn’t fueling his passion, just spending money. Spotify launched soon after, born from the two things that mattered most to Ek: technology and music.

Spotify and Ek are currently capturing all the business headlines. The world’s largest music streaming service went public last week in a very unusual way. It didn’t use investment bankers. It didn’t sell any of the company’s own shares — some existing shareholders chose to sell their stock instead. It live-streamed the investment presentation to the public instead of giving access only to Wall Street analysts. When trading on its stock commenced, no Spotify executive rang the bell on the New York Stock Exchange. CEO Daniel Ek never mingled with traders on the floor and did not give interviews to TV reporters.

And Spotify is proud of doing it this way. “For us, going public [has] never really been about the pomp or the circumstance of it all. So you won’t see us ringing any bells or throwing any parties,” said Ek during an investment presentation that the company held last month. He has also pointed out that the company is not raising capital, which is one of the reasons that many companies go public. “This is because I think the traditional model of taking a company public just isn’t a very good fit for us.” Eschewing middlemen, Spotify chose to go public using a “direct listing” instead of an initial public offering. “We want to be as transparent as possible and give everyone equal access to information about the company,” he said.

When a company first issues shares to the public on stock market, it begins with an initial public offering – an opening price for the stock. An IPO helps a company determine how much the stock is worth at that particular moment, and it allows the company to raise needed capital for expansion or other projects. It is also an opportunity for people in the company who own private shares to finally cash in and make some money.

In an IPO, investment banks underwrite the offering — shares to be offered by the company for sale — and act as intermediaries between the firm and the public. They shop the stock around to institutional investors such as pension funds to gauge demand and set the IPO price. These investors get first dibs on shares; the participation of a larger pool of investors increases liquidity. But in a direct listing, a company lists its stock directly with an exchange without investment banks. And while it isn’t selling shares, the listing lets existing shareholders sell stock publicly.

“We don’t see [direct listings] too often,” said Wharton adjunct finance professor David Wessels.  He noted that Spotify chose not to raise any money in going public, unlike other big tech names. “The big reason for this is because although their gross margins are relatively low and their profitability is an issue, they are cash-flow positive. So it wasn’t as if they were burning through cash and desperately needed the markets to fund them.”

However, one big down side of direct listings is that on the first day of trading the stock could jump around sharply without underwriters smoothing out the trading as the market searches for price equilibrium. That is why normally “there’s going to be a lot of volatility around those first few trades,” Wessels said.

But that did not happen with Spotify, said Jay Ritter, eminent scholar in finance at the University of Florida and former Wharton finance professor. He and Wessels recently discussed the listing on the Knowledge@Wharton show, which airs on SiriusXM channel 111.

On April 3, Spotify opened at $165.90 a share and ended its first trading day down 10% to $149.01 for a $26.5 billion valuation. Its intraday high was $169 and the low was $148.26 — a 14% spread, about the same percentage for Alibaba and Twitter when they had their IPOs, Ritter said. When LinkedIn went public in 2011, the high intraday price was more than 50% above the low. “So Spotify, in spite of the lack of book building and investment bankers placing shares, had volatility … on the low side of what is typical with prominent tech company IPOs,” he noted.

The relatively low volatility was remarkable since only about 5.6 million shares exchanged hands at the stock’s opening price, according to Bloomberg News. The first day of trading ended with a volume of more than 30 million. If other large companies were to follow Spotify’s example — or take the Dutch auction route that Google chose when it went public 14 years ago — investment banks have to watch out. “With auctions and the direct listings, underwriters don’t have the ability to allocate shares to their favorite customers. And that’s actually the most profitable part of book building for underwriters,” Ritter said.

Ritter believes it’s “very possible” for other tech unicorns (visit the related KWHS stories tab to find out what these are) to follow the same path as Spotify — Pinterest, Airbnb, Lyft, Uber and others. Since they are well known, “they don’t have to devote a lot of effort to educating investors about what the company is involved with.” And a big perk is they also will be saving a lot of money. These companies “might find this direct listing approach very attractive in that going public is very costly,” he said.

But Wessels thinks Spotify will be a “very volatile” stock going forward because it is buffeted on two fronts. It has to contend with powerful rivals such as Apple Music, Google Play Music and Amazon Prime Music, which could decide to pump billions of dollars into their music business to fight Spotify. Ganging up on the other side are major music labels such as Universal Music Group, Sony Music Entertainment and Warner Music Group, upon which Spotify depends and which could potentially ink a contract with a Spotify rival. “What if they change their mind [about access]?” Wessels said. “What if they want to sign an exclusive contract with Apple and will no longer allow their music to be played on Spotify unless Spotify pays certain kinds of fees?”

Spotify’s Ek is aware of the constant comparisons to his big rivals, especially Apple and Amazon. But he said the company’s music focus is its strength. “We’re not focused on selling hardware. We’re not focused on selling books,” he said at the investor presentation. “We’re focused on music and connecting artists with fans. I think that in itself is a huge business. Nobody else has more than 3,000 employees focused on just this one thing. Nobody else has this global scale that we’ve already built.”

Spotify streams to 65 countries and territories, with 157 million monthly active users (MAU) of which 71 million are paying customers, according to the prospectus filed with the Securities and Exchange Commission. It has nearly double the number of paying subscribers as its closest competitor — Apple Music, which has 38 million. Spotify offers a free ad-supported service and an ad-free version costing $4.99 a month for students, $9.99 for individuals and $14.99 for six accounts in a family plan.

A key advantage for Spotify is that it streams on many platforms: Apple iPhones, Google Android devices, Amazon, Tesla, Facebook, Twitter and others whereas Apple Music is only available on iOS devices, and Google Play Music is for Android gadgets. “We have more than 250 partners that help make Spotify a service you can use on pretty much any connected device,” said Gustav Soderstrom, chief research and development officer at Spotify, during the investor presentation. He said more than 75% of its paying customers listen to Spotify on multiple devices.

As for dealing with music labels, Ek said Spotify’s goal is not to take advantage of the industry through disruption but to grow together. He said the platform seeks to serve both listeners and artists. Through the app, artists can talk to fans directly, sell concert merchandise or invite superfans to special events, among other ways of connecting with their audience. Artists can also discover useful information, such as which songs are gaining traction and which are skipped. For example, rock band Metallica used Spotify data to choose songs to play as they go on tour.

“Some people say Spotify is disrupting the music industry,” Ek said. “We’re really just part of the evolution of the music industry. We don’t want to replace anyone. We want to make everyone better, more efficient and have more impact.” Ek called this focus on music fans and more than 3 million artists as its “two-sided marketplace.” The company reported that through the end of 2017, it has paid nearly $10 billion in royalties to artists, music labels and publishers.

These hefty royalties, however, have cut into profits. Spotify continues to incur net losses despite posting a compound annual growth rate (CAGR) of 45%, according to its SEC filing. In 2017, it posted annual revenue of 4.1 billion euros, up from 2.9 billion euros a year earlier, but net loss was 1.2 billion euros and 539 million euros, respectively. But it had positive free cash flow as well in both years — which excludes noncash items such as depreciation that are included in the net loss figure.

For now, listener growth remains robust, if moderating a bit. In the fourth quarter of 2017, monthly active users increased by 27.6% from the same period a year earlier. But that was down from 35% in the last quarter of 2016 compared to 2015. But Ek said there’s more growth opportunities ahead: It has not yet entered big markets such as India and Africa. And it is getting exposure to China through its investment in Tencent Music. Spotify is now offering podcasts and videos as well.

After more than a decade in business, Spotify has grown into a big company, Ek said. But it is aiming to grow even bigger. He is convinced there are more opportunities ahead, as only 12% of payment-enabled smartphones in Spotify’s 65 countries and territories are using its app today. “We’re just in the second inning of this game,” he said. “We’re just getting started.

What is a direct listing and how is it different than an initial public offering?

What’s your perspective on the live-streaming music battle? Which service do you prefer and why?

How would you describe Ek as a CEO? What does he prioritize? Where does he fit into the evolution of the music industry? How is he driving it?