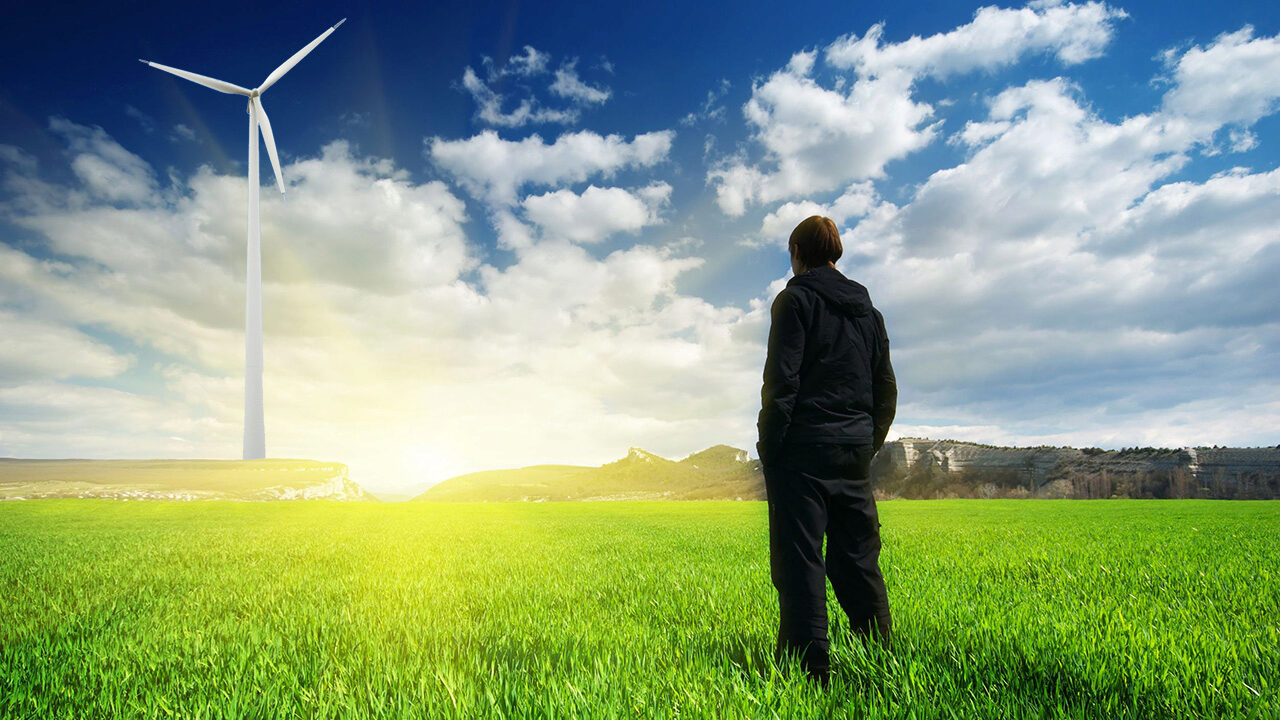 People are doing it again – they’re talking a lot about Greta Thunberg. The 16-year-old climate activist from Sweden was just named Time magazine’s Person of the Year for the influence she has had on the world in 2019. “She became the biggest voice on the biggest issue facing the planet this year, coming from essentially nowhere to lead a worldwide movement,” Time Editor in Chief Edward Felsenthal said on NBC’s “Today” show.

While this honor spotlights a person for her role as a beacon for change (and the broader movement of young people pushing for action), it is also a statement about the severity of the issue to which Thunberg is so dedicated – the global climate crisis.

Eric Orts, a Wharton professor of legal studies and business ethics, supports Thunberg and the movement that has grown up around her. “The fossil fuel companies want to discover, produce and burn as much coal as possible. That’s a business model. The science is telling us very clearly with one voice that that behavior will destroy the planet. People like Greta Thunberg are completely right about that. We have to look at the science,” says Orts, who is also director of Wharton’s Initiative for Global Environmental Leadership (visit the toolbar to the right of this article for direct links to this and other resources). “If you’re a business and you only care about money, and that’s a lot of the business world – let’s face it, that’s what we teach students here at Wharton: maximize the amount of money you’re making. If that’s all you care about, Greta’s right. That’s not acceptable. If everyone behaves that way, we are destroying the planet and we have to stop doing that. You can’t just care about money. You have to care about other things too, like the world we live in and future generations.”

As we reach the end of this revolutionary year of youth climate activism and head into a new one with even stronger purpose, global sustainability is an essential challenge for the world. As a result, even the higher education community is taking action. The University of Pennsylvania, for example, just announced its Environmental Innovations Initiative, bringing together researchers, scholars and students to “develop new ideas and innovative solutions for our global environment.”

Penn’s Wharton School has also responded to the growing demand in this area, establishing a new MBA major called Business, Energy, Environment and Sustainability. And the Wharton Risk Management and Decision Processes Center has a new Climate Risk and Resilience Lab studying risks associated with the impacts of climate change.

All of this is to say that understanding the language of this movement has become more critical than ever. Wharton Global Youth called on Orts to help clarify the key concepts fueling the climate change movement, as well as address an important aspect of the debate – the intersection of business pursuits and environmental protection.

Below is an edited version of our conversation.

Eric Orts: For me, the basic idea is that as we live our lives as human beings, we use our natural resources and we treat the natural world in a manner that at minimum does not hurt future generations. In other words, we don’t destroy the earth in order to have a great life now without caring about our children, grandchildren and future generations of human beings. I think it’s also fair to say that it should include a respect for biodiversity, for various species of animal and plant life. If we look at a problem like climate change or climate destruction, which is really what’s happening, we’re also destroying a lot of biological nature and other species, as well as the foundation of life for the future. Sustainability means changing that so that every day, whether we’re in business or whatever we’re doing, we’re acting in a way that is going to preserve the natural environment and its resources for the future.

Orts: I look at the current system of business and see a big problem. Right now, the way business is set up is that there’s no polite way to say it: business is destroying the world. That’s a quote from Paul Hawken [American environmentalist and entrepreneur]. A lot of the processes of business are destroying our world, contributing to climate destruction, contributing to species loss. Business sustainability to me means you have to reform our system. I teach at Wharton, so it’s not surprising that I’m not against business. That’s one of the problems we have: a lot of people just attack business. Business sustainability means you reform the way in which we are doing business. Right now, too many models of business — the ways business is taught and practiced – are in order to maximize profits. Period. They don’t care about sustainable goals or metrics or performance issues. Or if some businesses do put that in, it amounts to marketing or greenwashing. You need to reform business, and there are different ways to do that.

Wharton Global Youth: What are some examples of business that are achieving this type of reform?

Orts: Two of my favorites are Interface carpet company and Patagonia clothing. The CEO of Interface read a book called The Ecology of Commerce, and he said, wait a second. I’m in a business that’s terrible for the environment. The manufacture of carpet is all petroleum-based. We sell all this carpet and then at the end of the day it goes into landfills and it’s a terrible earth-destroying business. It changed how he thought about the company. They don’t use oil anymore and they replace the carpet, bring it back and reuse it to make it into new carpet. Patagonia is privately held and they explicitly say, yes, we’re making money but we’re giving a huge amount of money away to preserve the environment. The only thing that’s not recycled in our “Better Sweater” is the zipper, and we’re working on that.

Wharton Global Youth: Are these companies part of the new circular economy?

Orts: Yes, the circular economy is about closing the loop on the cycle. The European Union is putting in place some regulations to try to encourage the circular economy. You create a cycle where at the end of the day you recycle and reuse the stuff you’re making. It’s recycling in a deep way. Once you use up your clothes, you send them back and they reuse the materials. You’re hurting the planet less by closing the loop on where you’re sourcing things. And you’re not using new things. More and more companies are starting to look at this approach.

“It’s not helpful to demonize. What’s the alternative? If you say capitalism and businesses are terrible and let’s destroy them all, then the question becomes, who is going to run everything?” — Eric Orts, Wharton Professor of Legal Studies and Business Ethics

Wharton Global Youth: How does your research help to encourage this mindset?

Orts: I wrote a paper with my Wharton colleague Brian Berkey that has been written but not published, where we argue that there’s a climate imperative for management. It’s the biggest issue that we face as a planet. In that respect, I’m totally on board with Greta for calling attention to it. Every business has to have a climate imperative about its behavior. Some businesses have bigger responsibilities than others. If you’re a carbon major like ExxonMobil, then you really have to change because the big carbon majors are putting the most greenhouse gases into the atmosphere. If you can get them to start to change, then you can start to change how things are going to turn out. It’s unlikely that they’ll change without some force and without a lot of effort. They have to have a big change from an oil-based business to more renewable energy sources.

Wharton Global Youth: So often in this climate and sustainability conversation, people point fingers at business as the evildoer. Why is this shortsighted?

Orts: It’s not helpful to demonize. What’s the alternative? If you say capitalism and businesses are terrible and let’s destroy them all, then the question becomes, who is going to run everything? Usually, the answer is the government. If you look at historical examples in China and the USSR, it doesn’t always turn out very well. The environment is terrible in both of those places. You can’t say something is terrible without saying what your alternative is. For me, the alternative is that you reform the business system and you look for the good businesses. One way is that people start businesses that explicitly say, look, we’re a business so we make profits, but that’s not our only objective. We’re actually trying to save the world in some other sense. Let’s say you are a wind power company. The more that you are transforming the energy grid to wind rather than oil, you are a positive company with respect to climate. You can also look at your personal behavior. Instead of saying all oil companies are evil, what kind of car do you have and how are you getting to school? Where are you going on spring break and how are you going to get there? You can start to change your behavior and change business too. Everyone needs to care about this issue.

What does Professor Eric Orts mean when he says, “It’s not helpful to demonize?” Why is this so fundamental to inspiring real change in environmental sustainability and policy?

What is the circular economy?

Are you a champion of environmental sustainability? If so, how have you changed your personal behavior to reflect your views and become part of the solution? Share your story in the comment section of this article.

One House, Three Seniors and Lots of College Essays