Just Do It – But Ethically, Please

Nike's first "green" basketball sneaker released a few years ago -- the Air Jordan XX3 -- was the outcome of a company-wide effort to regain its footing following a backlash over its use of factory sweatshops in the late 1990s. As Nike's recent plays show, a company's reputation is increasingly linked to the ethical standards by which it operates. Corporate responsibility is just smart business.…Read More 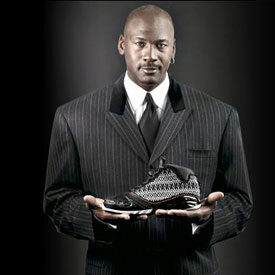 A few years ago Nike released the 23rd edition of its Air Jordan basketball sneaker – propelled to fame on the feet of basketball legend Michael Jordan — in three rounds, starting with a $230 limited edition and ending with a national launch of the $185 model.

The Air Jordan XX3 was a Nike milestone for reasons other than the fact that 23 is Michael Jordan’s jersey number. The Air Jordan XX3 was Nike’s first basketball shoe designed under the company’s “Considered” ethos, which aims to reduce waste and use environmentally friendly materials as often as possible. Nike’s first “green” basketball sneaker is an important outcome of a company-wide effort to change its business approach and regain its footing. A decade ago the company came under fire for its use of factory sweatshops that exploited workers to make its products. “Ten years ago we were a pariah with a big red target painted over us,” recalls Erin Dobson, director of corporate responsibility communications in Nike’s Beaverton, Oregon headquarters. “It was a real wake-up call.”

When it comes to the health of a popular brand — reputation is everything. And reputation is increasingly linked to the standards by which a company operates. These days, business ethics are a corporate mindset that goes well beyond honesty and integrity and into corporate responsibility to the environment and the community. Ethics are all-encompassing. “Companies have had to be more focused on business ethics for a number of reasons,” explains Michael Connor, publisher of Business Ethics magazine in New York City. For one, new laws watch closely how well companies are complying with regulation. But it reaches further, says Connor, to how much money a company can make. “There’s a fair amount of evidence that not complying with regulation and being an unethical company can destroy billions of dollars in shareholder value very quickly. Just look at companies like Enron [which was ruined by unethical and illegal financial management],” notes Connor. “The average citizen also now expects more of companies. People don’t like sweatshops.”

Few of us even knew what a sweatshop was until Nike’s darkest days. In the late 1990s, the company was accused of exploiting workers in its Asian factories through the use of child labor, low wages and other conditions. A fierce backlash against the corporate giant ensued. People boycotted buying the company’s products, picketed its offices and held Nike up as a poster child for a dishonest corporate America. Its reputation was shot.

Nike’s initial response — and that of other companies that have come under fire —was to deny its own responsibility because it doesn’t own the factories where its shoes are made. That pass-the-buck approach just wouldn’t fly in the game of reputation restoration. Nike has had to take a hard look at itself and completely change the way it does business. “We realized that we were responsible for the entirety of our supply chain,” says Dobson. “The first six years of our journey to where it is today involved finding the problems and figuring out how to solve them. Then we shifted from monitoring to identifying the root cause of the problem, which isn’t always on the factory floor.”

Teens Get a Lesson in Honesty

Nike’s full-court press toward business ethics and corporate responsibility now touches all aspects of the business, says Dobson. Hannah Jones, Nike’s vice president of sustainable business and innovation, leads a team of some 100 people who handle everything from monitoring factories to community programs to climate to environmentally friendly design. “We see corporate responsibility as a source of innovation in the company,” says Dobson. “We’ll never sacrifice performance for sustainability. We believe that you can do both. But you have to come at it from a different standpoint. How do I innovate my way out of these problems? How do I solve the problems in the front end, rather than deal with them in the back end?”

Corporate goals that Nike has vowed to meet include eliminating excessive overtime in Nike brand contract factories; reducing the emission of greenhouse gases that hurt the environment; and designing all Nike brand footwear (more than 225 million pairs per year) to meet baseline targets for waste reduction in product design and packaging, elimination of volatile organic compounds and increased use of environmentally preferred materials.

Nike’s strategy for a more ethical, responsible existence appeals to the next generation of workers, many of whom are now in high school and college. The so-called Millennial generation — born between 1980 and 2000 — should embrace this new responsible mindset as they enter the workforce. According to Claire Raines, author of Connecting Generations: The Sourcebook, civic-minded Millennials expect companies to contribute to their communities — and to operate in ways that create a sustainable environment.

But what of honesty and integrity? Teens may have to study the moral codes at companies like Nike if they want to truly succeed in business. Results of a Junior Achievement/Deloitte Teen Ethics Survey released recently found that teens believe lying, cheating or violence are necessary to succeed in business. The attitude: anything to get ahead. “This way of thinking will inevitably lead to unethical…actions that will damage individual lives and ruin corporate reputations,” said business ethicist David Miller.

Tomorrow’s workers may well learn from Nike’s mistakes and just do it — ethically.

Why was the Air Jordan XX3 a Nike milestone?

What does Erin Dobson mean when she says, “We see corporate responsibility as a source of innovation in the company.”?

Do you believe that lying, cheating and violence are necessary to succeed in business? Why or why not? What do you think about the survey that found those results among teens?

2 comments on “Just Do It – But Ethically, Please”

‘Creating a Fair Playing Field’: What’s Behind the SAT Redesign