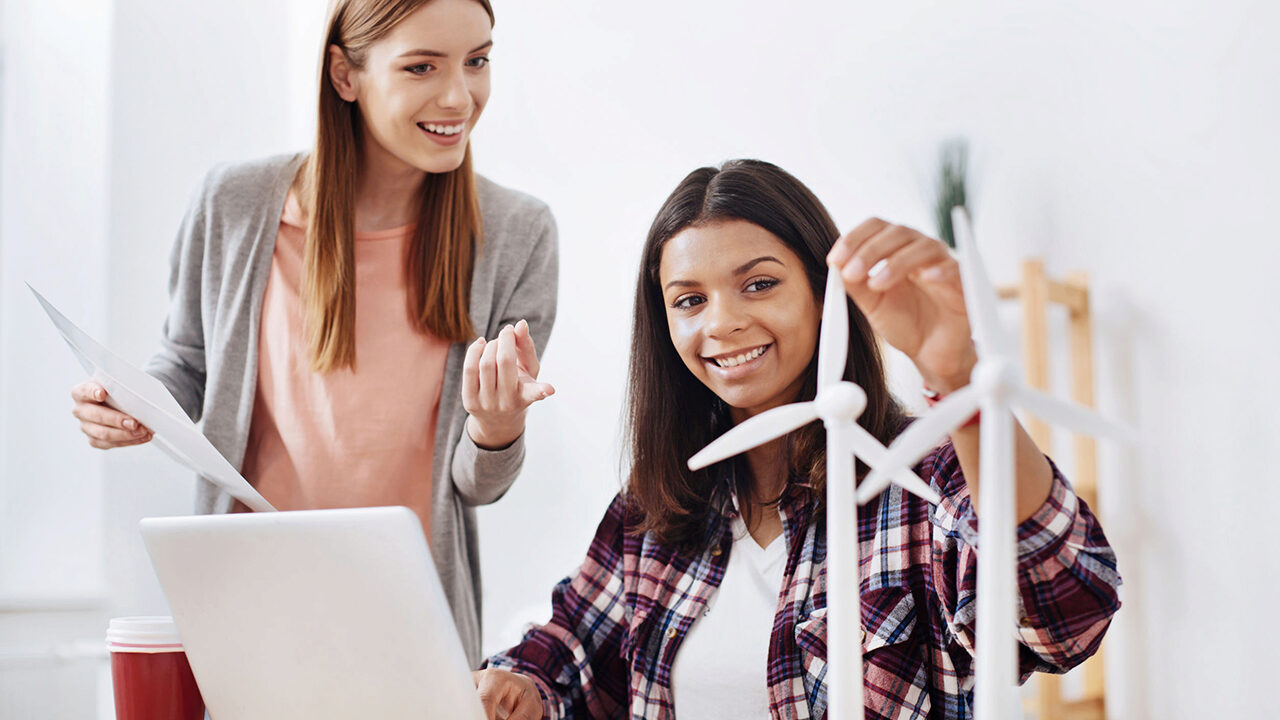 Zhiyan Yu, 17, has a deep passion. She’s a tireless champion of the low-carbon economy, which is an economy based on low-carbon power sources that don’t release carbon dioxide and other greenhouse gases into the air. A student at Guangdong Experimental High School in China, Yu first discovered the low-carbon economy while attending a Model UN event in 2016. Immediately, she was hooked. She and a team of other students started a low-carbon economy institute to generate interest among their classmates, soon spreading the word through a national business summit that Yu attended as a member of her school’s business club. And since then, she says that she has raised 70,000 yuan (about $10,000 USD) through crowdfunding to start the Beijing Chimaira New Energy Co.

“In the past two years, we have focused on spreading the idea of the low-carbon economy to high school and undergraduate students. And now we are searching for solar energy projects for the business,” notes Yu, who traveled to Washington, D.C. this June to attend the U.S. Energy Information Administration’s Global Energy Conference. “We have studied everything from the pioneering background of low-carbon economics to the low-carbon economic model, from the learning of environmental technology to how to estimate carbon emissions.”

Yu’s dedication to low-carbon economics is nothing if not timely. Countries around the world are focused on the threat of global climate change and how to achieve a low-carbon economy, while also taking advantage of the innovation needed to build and implement new energy technologies and strategies. Of course, they are thinking of the health of the planet. And there is also money to be made. The Global Commission on the Economy and the Climate announced in a recent study that action on climate change could contribute an extra $26 trillion to the world economy by 2030 and generate more than 65 million new low-carbon jobs by the same year.

The 2018 Global Climate Action Summit held this week in San Francisco, Calif., is expected to be a “launchpad for deeper worldwide commitments and accelerated action from countries — supported by all sectors of society — that can put the globe on track to prevent dangerous climate change.”

With all this in mind, here are five truths about the low-carbon economy:

Ultimately, Zhiyan Yu has learned — through her low-carbon economy work — that it’s important for people to understand the environment fully, along with its importance to society and economic growth. “I have seen many people trying to change people’s ideas and promote the importance and urgency of environmental protection,” she says. “But most people don’t understand why they must protect the environment. They think that climate change has little effect on their own daily lives. If I only get people’s sympathy from the topic that polar bears don’t have homes caused by global warming, it is not enough. [I need to] inform people how promotion of a low-carbon economy can lead to both development of GDP and environmental protection. And thus, people will pay more attention to the environment because it will help them financially.”

She adds that she does feel a sense of responsibility as a teenager invested in the future of her country and the world, and she encourages others to recognize their role as changemakers. “I hope that high school students can shoulder the responsibility of advancing a low-carbon economy in their communities and countries, so that everyone knows that developing a low-carbon economy will not only protect the environment, but also benefit society and its economic development. ”

What is the low-carbon economy?

Lyft is one example of how a company is making deep commitments to the low-carbon economy. What are some other examples?

Using the “Related Links” to the right of this article, research the 2018 Global Climate Action Summit. What did you learn about how the world is addressing climate change and fueling the low-carbon economy? Share your new insights with a partner or in a group.