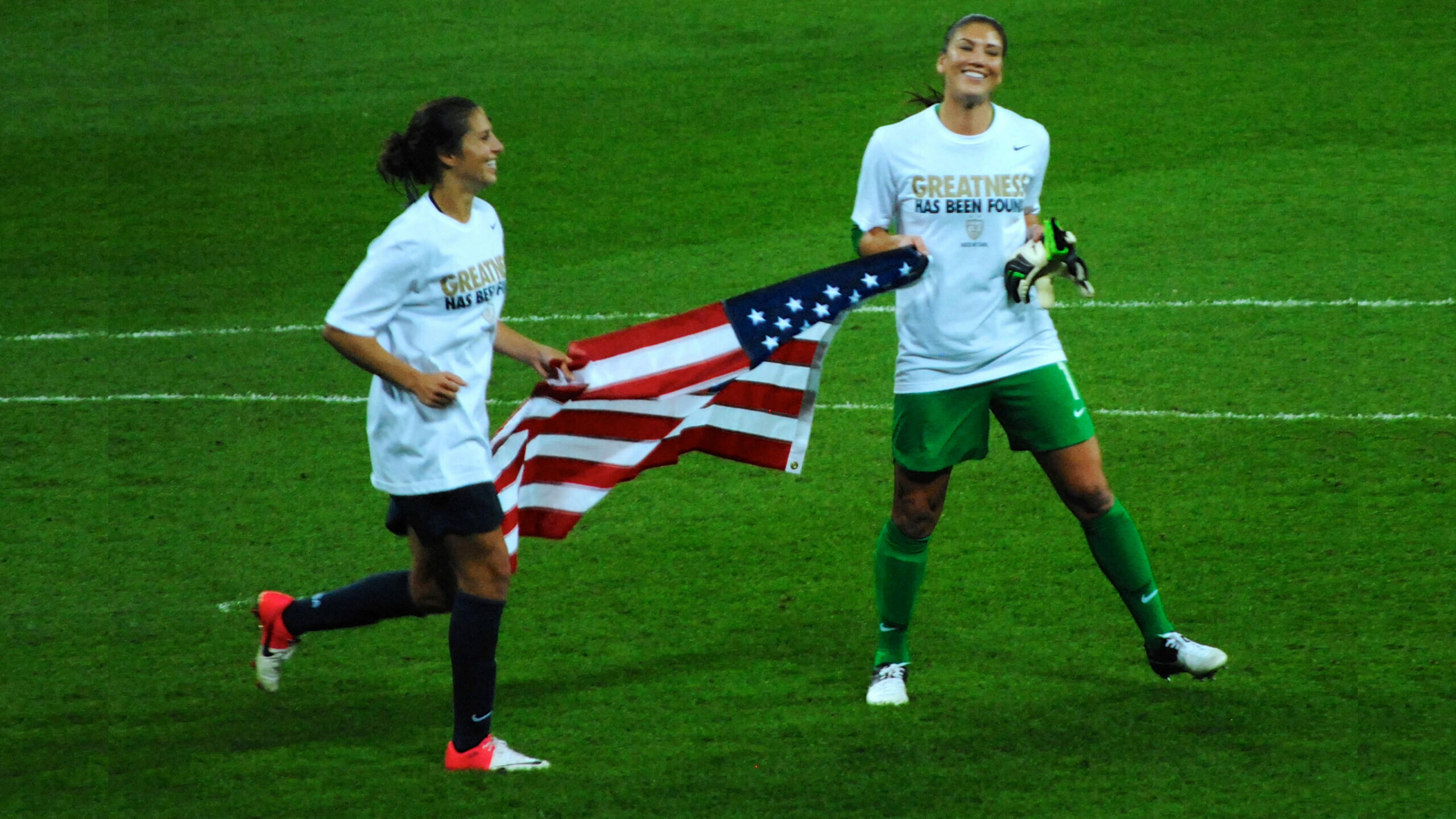 Welcome to KWHS’s “Business in 3.” Starting with this article, we will regularly cover current events by selecting three different terms that are making headlines and offering a deeper look at their meaning and importance in the business world. Our parent publication, Knowledge@Wharton, will help with the analysis.

When this story emerged in early March, it quickly became Apple vs. the FBI. The federal government demanded that Apple create new software to hack into the iPhone 5C of Syed Rizwan Farook, one of the people involved in the deadly December 2015 San Bernadino, Calif., shootings. The battle playing out in the media involved security vs. privacy interests. This week, the FBI dropped its case against Apple after announcing that it had found a way to unlock Farook’s phone with the help of a third party, which is believed to be Israeli firm, Cellebrite.

While this case has all kinds of implications for how far government can and should intervene in private business, and what role business should play in homeland and cyber security issues, the industry of smart phone forensics (the use of technology to investigate crimes) is also intriguing. According to its website, Cellebrite provides “deep insight into mobile devices” in order to unlock the intelligence of mobile data, extract insights, focus investigations, unify investigative teams at every level and produce evidence you can stand behind.

A recent article in Evidence Technology Magazine pointed out that “ today, most bad guys don’t commit crimes using computers. They’ve all gone mobile. Smarter, more powerful mobile devices yield a potential treasure trove of evidence for investigators and prosecutors alike. Critical details from browser history searches, messaging apps, call logs and social media posts often reveal what suspects and victims were doing before, during and after a crime was committed.”

Companies like Cellebrite – including such competitors as Blackbag Technologies and AccessData Group — have become experts in mobile forensics and the broader industry of digital or e-forensics. Cellebrite was formed in 1999, and has evolved into a business that focuses on developing technology for law enforcement. More specifically, its smart-phone software goes beyond what these phones were designed to allow. Leeor Ben-Peretz, vice president of mobile forensics products and business development at Cellebrite, told ZDNet, a news source for the IT industry, “Our systems allow reaching the unallocated space, where you can find all the files that the operating system deleted…Our customers are many bodies that investigate white collar crimes, drug trafficking, customs and borders control, antitrust, SEC oversight bodies and even prisons.”

From smart phones to smart homes. While not a week goes by that smart homes are not featured prominently in technology discussions, actor Alec Baldwin (with the help of heavy hitters like Missy Elliot, Dan Marino and Jason Schwartzman) launched the smart-home concept more prominently into the mainstream during this year’s Superbowl commercial for the Amazon Echo. Baldwin bragged that his Echo device – powered by an artificial intelligence personal assistant called Alexa — could stream music, order things and even turn on the lights. This is the smart home, where everything from entertainment and appliances to security, heating and lighting systems are all interconnected.

A recent Knowledge@Wharton article points out that Amazon isn’t the only tech giant vying to become the glue that connects various devices in your home. Similar technologies are in the works at Apple and Microsoft. Samsung has a product called SmartThings that controls home functions using an app that works on Apple’s iOS or Android devices.

And yet, as everyone jumps into the market, the smart-home landscape is described as a series of technology silos – they are standing tall and quite separate in a world that needs to be incredibly connected. “There are too many standards and no one platform to go across all the devices,” notes Saikat Chaudhuri, executive director of Wharton’s Mack Institute for Innovation Management. “The concern I have is interoperability.” Adds Wharton management professor David Hsu: “The popular press is enamored with the connected home, but we’re only seeing a glimmer of what’s ultimately possible.”

So what does the smart-home future hold? Experts say that telecom giants like AT&T, Verizon and Comcast are likely to edge in the market via security systems and then offer to manage customers’ smart homes for a monthly subscription fee. Ultimately, customers will need help turning on and maintaining their smart homes.

What do Carli Lloyd, Alex Morgan and Hope Solo have in common, other than their mad skills on the soccer field as three of the top women soccer players in the U.S.? They are paid far less than male players, even though many argue that they do as much if not more to further the image and economic value of U.S. soccer.

This week, Lloyd, Morgan and Solo, along with two other members of the United States women’s national soccer team, Becky Sauerbrunn and Megan Rapinoe, filed a federal complaint charging U.S. Soccer with wage discrimination. The complaint was submitted to the Equal Employment Opportunity Commission, the federal agency that enforces civil rights laws against workplace discrimination. In a statement, Solo said, “The numbers speak for themselves. We are the best in the world, have three World Cup championships, four Olympic championships, and the U.S.M.N.T. [the men’s national team] get paid more to just show up than we get paid to win major championships.”

Wage bias or wage discrimination occurs when an employer pays a woman less than a man for substantially equal work. This is by no means the first time wage bias has hit the news – it is a debate that has long raged in the business world, for instance, as women executives have lamented the gender pay gap. Statistics suggest that over her working life, a woman will earn $1 million less than a man simply because she is a woman.

The complaint filed by U.S. women soccer stars will no doubt elevate this discussion, especially in sports where issues surrounding wage discrimination have long been brewing. The Pew Research Center also just released some encouraging news that addresses wage bias. In its look this week at 10 demographic trends that are shaping the U.S. and the world, Pew points out that, according to statistics, women’s role in the labor force and leadership positions has grown dramatically. This includes a narrowing of the wage gap, though it has not closed entirely. “The labor force participation rate for American women has risen steadily since the 1960s,” the article notes. “In fact, mothers were the sole or primary breadwinner in a record 40% of all households with children in 2011. The gender pay gap has narrowed over this period of time, especially for young women just entering the labor force, but it still persists.”

Cases like this week’s discrimination complaint keep the issue in the forefront and spotlight industries in which action is most needed. Remember that Sony hack when it was revealed that actresses Jennifer Lawrence and Amy Adams made less money than their male costars from their film American Hustle? Lawrence later responded by tackling the wage gender gap in an essay for the Lenny newsletter (see link below). Women are speaking out, and experts agree that consequently, more people are listening. As Jeffrey Kessler, the lawyer representing Lloyd and her soccer teammates, said: “This is the strongest case of discrimination against women athletes in violation of law that I have ever seen.”

Smart phone forensics is an industry that has emerged as a result of more sophisticated technology and demand for new tools to navigate complicated systems. Another interesting industry that has emerged to meet a need (and has also been in the news recently) is brain training. What prompts the growth of a new industry and what are some of the challenges for companies in these industries? Can you think of other new industries that have emerged?

The pace of new technology is moving so fast and its power to transform the way we live is limitless. Think about smart homes, as well as other common practices that are being transformed by technology, like digital currency and other financial technologies. Where will this all lead? What do you see our world becoming in 20 or 30 years?

Do you agree with Hope Solo’s statement, “The numbers speak for themselves.” Lead a debate with your classmates about the economics of U.S. soccer. What are the arguments on both sides?