Is Going to College Worth the Investment?

The cost of a traditional four-year college education is skyrocketing. While more U.S. students are enrolled than ever before, a perfect storm of soaring costs, rising student debt and shrinking job prospects has led critics to increasingly challenge whether college remains a worthwhile investment. This Knowledge@Wharton story presents all sides of the argument. What do you think?…Read More 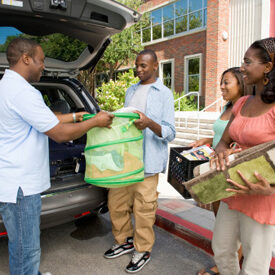 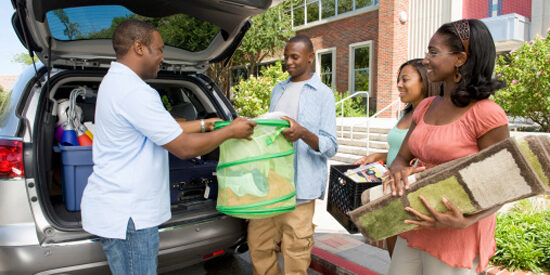 We are experiencing something of a bubble in education…a bubble as pernicious as the bubbles we had in technology in the 1990s and in housing in the 2000s. –PayPal co-founder Peter Thiel

In every study that’s been done, the data are black and white. College greatly enhances the earnings potential.  –Educator and entrepreneur Vivek Wadhwa

There’s an entire middle ground. You want to provide the opportunity for people to make the choice that’s right for them. –Wharton marketing professor Eric Bradlow

The value of a college education is under attack. While more U.S. students are enrolled than ever before, a perfect storm of soaring costs, rising student debt and shrinking job prospects has led critics to increasingly challenge whether college remains a worthwhile investment.

Among those leading the attack is PayPal co-founder Peter Thiel, who charges that higher education has become a dangerous bubble. Thiel, whose own credentials include bachelor’s and law degrees from Stanford University, has put his money where his mouth is by awarding $100,000 two-year fellowships to 20 promising teenage entrepreneurs to develop their business ideas instead of attending college. Like other bubbles, college is “characterized by runaway costs where people are paying more and more for something whose quality hasn’t gone up,” Thiel argued during an October 12 debate in Chicago sponsored by the website Intelligence Squared U.S.

College advocates counter that higher education has never been more vital as employers demand the advanced schooling and training that are required of workers in a global, technologically oriented economy. “China and India are educating,” says Vivek Wadhwa, who holds research positions at Duke University, Harvard Law School and the University of California at Berkeley. “If we’re going to dumb down America at the same time the world is getting smarter, we’ll become a Third World country,” notes Wadhwa, founder of two software companies.

Underlying this debate are rapidly changing workplace trends arising from ceaseless automation, the movement of jobs off-shore and sometimes-clashing data on the impact of these changes. Here is a look at the key elements on both sides of the argument over whether college remains worthwhile:

The price of schooling has indeed been rising at a breakneck pace. Tuition and fees at U.S. colleges and universities climbed 439% in current (unadjusted for inflation) dollars from 1982 to 2007, according to a 2008 report from the National Center for Public Policy and Higher Education in San Jose, Calif. That topped the 251% rise in U.S. health care costs over the same stretch, and was nearly three times higher than the growth of median family income.

While the $50,000-plus sticker price of elite private colleges and universities has gained headlines, the increases have hit public schools that enroll some three-quarters of all U.S. undergraduates particularly hard. Cash-strapped states are driving the increases by slashing funding, leaving students to foot more of the bill. Tuition and fees have more than doubled at the University of California since 2005, for example, igniting student protests at the Berkeley campus this fall.

Along with soaring costs have come growing debt loads. On average, U.S. college seniors who graduated in 2009 carried $24,000 in student loan debt, up 6% from the previous year, according to the Institute for College Access & Success in Oakland, Calif. President Obama has announced plans to use his executive authority to institute an initiative to lower student loan payments for many borrowers, offer additional consolidation options and shrink the time period after which any remaining debt would be forgiven.

Debt-burdened graduates face the toughest job market in years. Data collected by the Center for Labor Market Studies at Northeastern University show a drop in the share of graduates under the age of 25 who have jobs from 81% in 2000 to 74.4% in the period from October 2010 to March 2011. The share of recent graduates with jobs that require a college degree fell farther, from 59.7% in 2000 to 45.9%, indicating that some graduates have resorted to positions like waiting on tables or parking cars.

These trends will only accelerate. “The range of easily off-shored jobs will get bigger and bigger over time,” says Princeton University economist Alan Blinder. The college graduates most likely to suffer are those “who get pushed into going to college because ‘you have to,'” and land in jobs like computer programming that are easily moved off shore, notes Blinder. These individuals will be forced to compete with low-wage earners in other countries “and not get much return” on their college investments.

Such students would be better served by using their talents to become skilled electricians, carpenters or plumbers, says Blinder. “But if you asked me whether it would be better to send more or fewer kids to college,” he adds, “my answer would be ‘more,’ but not 100%.”

The good news for college students is that incomes tend to rise along with education. “The empirical evidence on this is very clear,” says Anthony Carnevale, director of the Georgetown University Center on Education and the Workforce. “A bachelor’s degree is now worth about $1.2 million more than a high school diploma” in average lifetime earnings, he notes, while virtually any post-secondary education can boost income. A two-year associate of arts degree is worth about $425,000 more than a high-school diploma, for example, and college dropouts can still earn more than $240,000 more than students who stop at high school.

Plenty of variation exists within these estimates, of course. Petroleum engineers with a bachelor’s degree have median earnings of $120,000 a year, or more than three times the $36,000 median income for graduates who teach preschoolers after majoring in early childhood education. “What you [major in] matters a lot,” says Carnevale.

Some college graduates may earn less than workers with a high school diploma. An electrician who never went to college can earn $1.8 million over a lifetime on average, according to Georgetown figures, compared with $1.5 million for a real estate broker with a bachelor’s degree.

Higher education brings additional benefits, college advocates say. “In college you learn a broad set of disciplines,” notes Wadhwa — “everything from marketing to mathematics. They broaden your horizons and provide a foundation on how to build new skills.”

Thiel noted in Chicago that he hired only graduates of top colleges for PayPal jobs at first. But he gradually changed his mind. “In Silicon Valley I saw so many talented people who had not gone through college tracks and had done extraordinarily well. In some ways, they were more creative [and] were not weighed down with these enormous college debts.” That apparently helped inspire his Thiel Fellowship awards to enable budding entrepreneurs to develop their business ideas instead of going to school.

But skeptics question this approach. “What’s the point of asking kids to start [businesses] at 18 rather than 22?” asks Cappelli. “I can’t see the reason. Successful entrepreneurs are people who know what they are doing, who understand their industry and what the competition is like. Somebody who’s not educated, either formally or through experience, is not going to do very well.”

Wadhwa says a study of some 500 engineering and technology firms that he coauthored illustrates such points. It found that startups launched by college graduates from 1995 to 2005 outperformed those started during the same period by entrepreneurs with only high school diplomas. Companies launched by the high school graduates averaged less than half the annual sales and number of employees as compared with the average for the startups as a whole.

If education is vital to success in the global economy, other countries appear to be gaining on Uncle Sam. The United States ranks seventh out of 29 advanced countries in the percentage of young adults enrolled in college, and 15th in terms of the number of certificates and degrees awarded per 100 enrollees, according to the National Center for Public Policy and Education.

The high rate of dropouts means that many U.S. students must now repay hefty educational loans without the benefit of a college degree to help them get jobs. “A large number of people who go to college do not succeed,” notes Ohio University economist Richard Vedder, who directs the Center for College Affordability and Productivity in Washington, D.C. “More than 40% fail to graduate within six years. So there’s a substantial risk associated with attending college.”

Many high school graduates are turning to community colleges for vocational training and the chance to transfer to four-year institutions. Enrollment in two-year schools rose from 45% of all students in U.S. public colleges and universities in 1990 to nearly 49% in 2009, data from the National Center for Education Statistics (NCES) show.

Other schools attracting students include vocationally oriented for-profit institutions such as DeVry, Kaplan and Phoenix universities. Enrollment in such schools surged from 1.5% of all U.S. college and university students in 1990 to 8.8% in 2009, according to the NCES. For-profits draw heavily from low-income families and students of color, notes Perna, and are experiencing “tremendous enrollment growth.”

The stormy debate over whether college is a good investment is unlikely to blow over anytime soon. Agreement is elusive on whether schools are producing enough graduates with associate and bachelor’s degrees to meet future occupational needs. While the Georgetown Center on Education and the Workforce says that the United States will fall short by three million graduates by 2018, other researchers dispute the methodology behind this projection and see no shortage ahead. But few doubt that some type of post-secondary education is vital in today’s economy. “It’s our obligation to see that there’s a path for everyone,” says Perna. “All the different pathways are really preparations for meaningful work.”