You never know what summer camp or after-school endeavor might set you on the road to your economic destiny. Constancio Larguía was a sophomore in high school when he entered an entrepreneurship program run by the Junior Achievement organization. More than 15 years later, Larguía has started and sold two successful Internet businesses and is currently involved in a third. It all started with protective screens for car windshields.…Read More 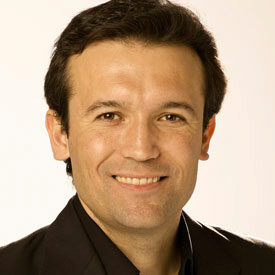 When Larguía returned to Argentina, his head was swirling with new knowledge and a desire to start his own business. At age 20, at the height of the dot.com boom when young high-tech companies were popular and successful, he and a partner created Patagon.com, a finance website that he sold in 2000 to Banco Santander for $550 million. Along with his brother Pablo, he also played a role in the development of Bumeran.com, an online human resources exchange that was bought by the portal Terra Lycos that same year for $10 million.

Larguía now manages a new project: Weemba.com, a social networking site that links borrowers with financial companies. In an interview with Knowledge@Wharton High School from his Miami office, Larguía talked about the definition of an entrepreneur and why it’s important to never stop learning.

Knowledge@Wharton High School: How did you wind up at Junior Achievement?

Constancio Larguía: I came by accident as a result of a newspaper advertisement my mother had seen. She was always a big booster of my academic career as well as my brother’s. The Junior Achievement proposal seemed fantastic to us, and we went over to enroll in its entrepreneurial action program called “The Company,” which involved creating a real enterprise. That was in 1993, when I was in my sophomore year of high school.

Larguía: You had to choose a product and work on it in a team. We also had to vote to occupy different positions in the company, in management as well as marketing and human resources. I was in the team with my brother Pablo, and I ran for president; by chance, I was elected. My brother occupied the marketing position.

The program started in the second half of the year, close to the beginning of the [Argentine] summer, so we thought about setting up a company that would sell protective screens for automotive windshields. Junior Achievement ordered us to add value to the product and it occurred to us to advertise. The screens were imported from China.

KWHS: Was the company successful?

Larguía: Yes, very much so. The [Argentine economics] magazine, Apertura, and Kodak [Corp.] were among the customers that hired us. We made at least six important sales. The tremendous advantage that we had over other teams was that we dealt with enormous orders of more than 1,000 screens [each], while other participants were handling their products one by one.

We won the prize for the most innovative product. In addition, in Junior [Achievement] they give exams to choose the best participants who represent each country at the annual international conference that takes place in the United States. In 1994, I was able to go — along with 13 other students from my country — to Michigan where Argentina won three prizes, placing third after the United States and Canada.

KWHS: What impression did this experience leave you with?

Larguía: It did a lot to open up my mind. I believe that I was able to develop my career thanks to three elements: the unconditional support of my family, my participation in Junior Achievement and the university. Junior [Achievement] helped me recognize, at age 18, the central concepts of entrepreneurialism  — the free market and the importance of innovation.

Thanks to that experience, I arrived for the first time in the [world’s] leading economic power, the United States, where being an inventor is not something rare, the way it is in Argentina.

On the other hand, I felt lonesome because very few people had undergone that experience at that age, when I was just about to enter college. Two years later, when I was 20, I was already creating Patagon during the beginning of the first wave of the Internet

KWHS: How would you define an entrepreneur? What are his or her personality traits?

Larguía: There is a close linkage, from an attitudinal perspective, with his or her positive, creative, expansive, optimistic way of seeing things. What I learned the most and chose to embrace in my experience was not to give a negative connotation to the natural job of building an enterprise. It is like opening a road into the jungle, which one does step by step.

But it is important to note that being an entrepreneur is a possible path in life, a possible role within the economy, which also needs other sorts of players such as doctors, professors, etc.

KWHS: What would you recommend to young people today who want to start a company?

Larguía: I have two pieces of advice to give them. The first is that they never stop the process of learning. Do not abandon your studies with the excuse of “I am going to enter the workforce.” I am going to educate myself until the last day of my life; you have to maintain this approach as much as possible. In addition, the process of sharing with other students in the classroom is educational in itself. In life, you never finish graduating; the mechanisms for production continue to evolve; perfectionism is critical, and you have to be exposed to novelties and to new trends.

The second important element is that those who want to travel the road of the entrepreneur must avoid anything distressing and pessimistic. They must view adversity as something natural, as an opportunity to put their creativity into practice, to behave playfully. I recommend that they deal with challenges in a way that is playful and creative.

Future of the Business World: Tackling Food Insecurity in Singapore

San Fran Giants CIO Bill Schlough: ‘The Business Side Can Be Just as Exciting’