Teen entrepreneurs from California have designed web-based software for educators to alert parents when their kids are skipping class. TruantToday has won innovation awards and support from start-up incubators, but can it beat the tough competition?…Read More 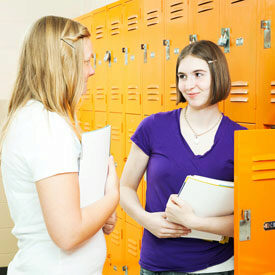 Sending parents a text message when their son or daughter is absent from school isn’t a new idea: Several companies, including School Messenger and ParentLink, are already offering the service to school districts across the country. But some Westlake Village, Calif., high school students think that they can outwit the competition by providing a better service and product to their customers.

Parents can then text back an excuse or a request for more information. “It’s not just about sending text messages. We can build really strong relationships between parents, teachers and students,” notes Kukoff, 16 and the company’s CEO. “Our system understands what they’re doing, so if they want more information they can find out by text every time Johnny’s been absent in the last month.”

The Cost of Cutting Class

Kukoff got the idea for TruantToday after he was marked absent from a 7 a.m. honors geometry class. No, he wasn’t cutting. He was helping his school’s student council set up for a dance. It took two days before a school employee called his house to report the absence.

Not only did Kukoff realize that a two-day notification period undermined student safety, but the time and money required for school workers to make calls for unauthorized absences seemed wasteful. He also soon discovered that it cost the school money in another way: Part of its funding from the state is dependent on student attendance. Kukoff estimates that schools lose anywhere from $30 to $50 for each day that a student cuts class. He and Yan, now the company’s chief operating officer, set out to create an entrepreneurial solution.

TruantToday has already made an impressive showing at several innovation challenge events. In September, it won $15,000 and second place in the Innovation Challenge at the Education Nation Summit in New York City. In June, it was named the most promising of five start-up companies that participated in CGI America, a Clinton Global Initiative event aimed at improving economic growth and creating jobs. Kukoff has also participated in TechStars, a start-up incubator in Boulder, Colo., that provides participants with seed money and mentoring. “We are winning the awareness war,” says Kukoff. “We’re young. We have been able to hustle and get in front of teachers. We let them use the product, and when they get home they tell other teachers how fantastic it is. We know for us, it’s really simple – [it is about] who’s doing a better job.”

Trying to launch a new company is even harder if other companies are already offering the same service or product. Companies often need to come up with a different twist to catch the attention of potential customers.

Think about cell phone companies: Although each has basically the same products, they find ways to differentiate. For example, AT&T lets customers roll over their unused minutes month to month; Sprint has a flat rate for all the talking, texting and Internet use you can do in a month; new companies like Cricket offer no-contract phones. Those different options and features are how companies try to convince customers to choose their product over another.

Competition from other companies has motivated Kukoff to innovate. Unlike the founders of other companies that release software and rarely update it, he and his team are constantly making TruantToday faster and easier to use. The company is incorporating feedback from teachers and parents into future TruantToday versions. “We’re building a better product,” says Kukoff. “Our software is by far the easiest to use. From the get-go, we wanted to have really good customer service that helps teachers with anything they need.”

Kukoff has also been relying on his past business experience – he started a nonprofit called Autism Ambassadors when he was 13 – and the support of business community leaders to help guide him through the start-up process.

Since launching this fall, TruantToday is now used in 18 schools. Three of them are paying for the service and 15 are test-driving the program on a pilot basis. Kukoff is continuing to talk with schools about signing onto the program. “It’s cost-positive to use TruantToday,” he notes. “There’s such a huge social incentive to make money, keep crime down and improve grades.”

His own Westlake High School has started using TruantToday. Kukoff notes that while he has been happy to answer questions for teachers, he has toned down his non-stop promotion of TruantToday in the hallways, just in case one of his classmates isn’t thrilled with his services. “I’m not exactly advertising it,” he jokes.

While Kukoff plans to go on to college, followed by business or law school, he expects that TruantToday will remain in his sights. “If I start something, I’m in it for the long haul,” he says. “I’m 100% committed to working on TruantToday.”