Research, research, research: It is the key to successful investing. The SWOT analysis, which looks at a company’s strengths, weaknesses, opportunities and threats, is a model to help you examine all angles of a company and understand its strategic position in the market. Says advisor James Early: “A process you can standardize and apply to all companies is useful to most investors.” Other experts call it a “touchy-feely” model. What’s your thought on SWOT?…Read More 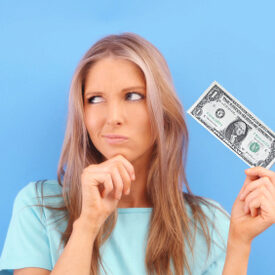 When you are making an equity investment decision, the first place you often turn to is the numbers: how successful has this company been financially? How many shares of stock does it have outstanding? What is the company spending its money on and how much cash does it have on hand?

Sometimes that data doesn’t exist, especially if you want to invest in a private company or a startup. In those cases, you can complete a SWOT analysis to examine the opportunities and challenges that a company faces. A SWOT analysis can also supplement what you learn from the numbers.

‘Numbers Give the Illusion of Security’

SWOT stands for strengths, weaknesses, opportunities and threats, says Ray Baker, a professor of economics, business and accounting at Rockford College in Rockford, Ill. By identifying factors under each of those four groupings, a person can more clearly analyze virtually any business problem. “There is lots of data around, but how do you combine these pieces of information in such a way that you can use it to get a group of people thinking together?” notes Baker. “It’s a way of setting up thinking about internal and external forces so you can formulate a clearer path to an outcome, whether it’s the right one or not.”

For investors, using a SWOT analysis can give insight into a company’s worth beyond what the data shows, says James Early, a former hedge fund manager who is now an advisor to the investor newsletter service run by the Motley Fool, a financial services company. “The great lie of investing is that models are precise. Numbers give the illusion of security,” Early notes. “Having that SWOT analysis is pretty essential in some cases to make sure you don’t miss something about a company. Having some system you go through, having a process you can standardize and apply to all companies, is useful to most investors.

Take the example of Apple. Although gigabytes of data exist analyzing the tech giant’s financial performance, a quick SWOT analysis can give anyone with even a basic understanding of the computer industry a sense of what Apple has going for it and where its weaknesses lie. For example:

Strengths include the well-designed products that the company puts out, such as the iPhone, iPad and Macintosh computers. Apple has loyal customers and the strength of its products allows it to charge more than its competitors.

Weaknesses include Apple’s relative softness in the business market. Most of its products are bought by everyday consumers and aren’t widely used by businesses – PCs are more common computers to find in an office, and Research In Motion, which makes Blackberry phones, has long produced preferred tools for those in the working world.

That market gap is an opportunity for Apple, too. For example, businesses have been using iPhones more frequently for their employees as the device has grown and expanded its features.

Threats include the growing use of the Android platform for smartphones from companies like HTC and Motorola, and the growing tablet computer market — although the iPad reigns supreme for now. (See below for some other examples of Apple SWOTs)

For years, a SWOT analysis was the primary way to analyze how a company was doing financially, says Paul Escobar, an investment consultant and founder of Somerset Financial Partners in Boston. It is more of a long, qualitative process, meaning it’s based on a person’s observations and insights and not as much grounded in numbers. More recently, however, the federal government has changed the rules of how much data a company trading on the stock market must release to the public, giving rise to more sophisticated analytical tools.

Even so, the SWOT analysis does have value in areas where data isn’t available, Escobar says, and can be used to determine what kinds of new companies and industry sectors are worthy of investment. If an investor wants to put some money into a start-up energy company that is environmentally friendly, for example, a SWOT analysis can help him or her look at all segments of the emerging alternative energy industry — including wind, solar or geothermal — and offer direction on the prospects for each and on specific companies. “If you’re trying to say which of these small companies have an advantage, you may have nothing more to go on than what you would see in a SWOT analysis,” he says.

Since the start of the Wharton Global High School Investment Competition in 2012, countless teams have relied upon SWOT analyses to help them evaluate which stocks to include in their portfolios. For a variation on the SWOT example above, check out how a few teams have used SWOT to asses Apple as an investment (these examples are from 2018):

What does the advisor mean when he says, “numbers give the illusion of security?” Why is this insight important to remember when researching companies?

How can a SWOT analysis help build on what you learn from a company’s numbers?

Have you ever used a SWOT analysis for research and evaluation? If so, how? Was it effective?