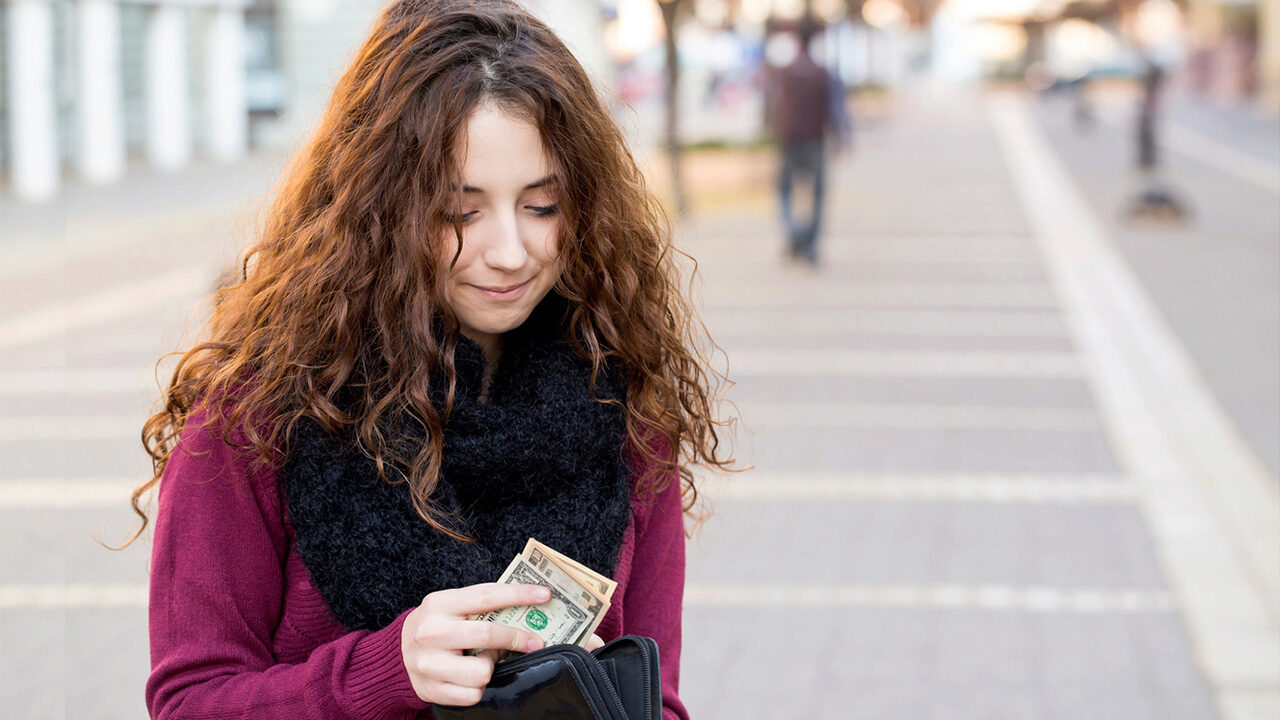 Going cashless might seem the logical route for retailers and other establishments that want to take full advantage of the digital economy. The Amazon Go convenience stores in Seattle, Chicago and San Francisco, the Mercedes-Benz Stadium in Atlanta, and a few retailers in Philadelphia are among those to embrace a cashless system.

However, the City of Philadelphia has now stopped the cashless brigade in its tracks, making the case that it excludes people who don’t have credit cards or bank accounts, or those who simply prefer to pay cash. Come July, an ordinance the city passed recently will take effect, with exceptions for some establishments like parking garages.

At first glance, the ban on cashless stores seems to fly in the face of the drive towards a truly digital economy, but both sides of the table have compelling arguments. “On one hand, as global financial institutions are becoming more developed, efficient and advanced, there is less and less need for cash,” says Itay Goldstein, Wharton professor of finance. “On the other hand, you still have populations in poor areas that do not have access to many of these advancements, and as a result, they rely on cash. There is clearly tension.”

With the help of our sister publication, Knowledge@Wharton, we explore the issues around going cashless, and offer some highlighted teen perspectives on the cash vs. digital discussion.

Philadelphia is not alone in banning cashless establishments. A 1978 Massachusetts law requires all establishments in the state to accept cash; New Jersey has a similar bill awaiting the governor’s signature; and New York is considering such a law, according to a Wall Street Journal report.

Philadelphia Democratic City Councilman-at-large William Greenlee co-sponsored the bill last fall with Democratic Councilwoman Maria Quiñones-Sánchez after he learned that at some retail outlets in Center City, consumers needed “some kind of credit card or debit card to get a cup of coffee or a salad.” That didn’t sound right to him. “I know there are people who are [considered] ‘unbanked,’ which means they don’t have any kind of credit,” he says. “The more I started talking to people about it, we realized that it overly affects — not surprisingly — lower-income people, minorities and immigrants who might fall into the category of being unbanked. So, we put in a bill that basically said that regular retail stores have to accept cash.” The bill doesn’t prevent establishments from accepting credit cards or debit cards, but they would also have to accept cash, he added. 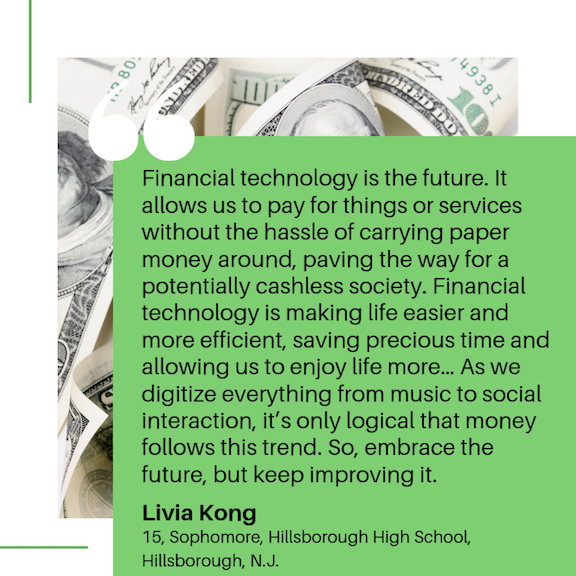 Going cashless has compelling advantages for retailers. If they don’t keep cash at their locations, they don’t need to employ cashiers (as in the case of Amazon Go), spend more on security or risk thefts. Customer transactions could potentially be faster than those involving cash, and the higher throughput could also mean more sales. Opposition to the Philadelphia ordinance has come from the National Retail Federation, the Chamber of Commerce for Greater Philadelphia and the Pennsylvania Restaurant & Lodging Association, according to the Wall Street Journal.

“I can see the business motivation, especially if you know the affected customers are low-income people,” says Mehrsa Baradaran, associate dean for strategy initiatives and associate chair in corporate law at the University of Georgia Law School. Businesses might internally make the case that they “can afford to lose” such customers, she suggested. “This is where people have to stand up and say, ‘Look, there are some of us who don’t have the political power but who still need to operate in cash.’”

For sure, cashless establishments could reap the potential benefits cited above, “but there’s no free lunch here,” says Jay Zagorsky, an economist and senior lecturer of markets, public policy and law at Boston University. Businesses that accept credit cards have to pay merchant fees that could shave off two or three percent of their profits, he pointed out. Middle- and high-income consumers who don’t use cash have a downside, too, because “by charging everything, you tend to spend more. You’re divorced from the moment of payment. You can safely swipe your card and worry about it 30 days later.” Greenlee, Baradaran and Zagorsky discussed the pros and cons of going cashless on the Knowledge@Wharton radio show on SiriusXM.

According to Zagorsky, Center City Philadelphia attracts a large number of tourists, and “not all tourists necessarily have the proper [means for] going cashless.” Even advocates of everything digital find merit in leaving room for cash. He cited a newly opened Boston restaurant called Spyce, which prides itself on its “start to finish” robotic technology. The restaurant takes orders on touch screens and delivers the food with minimal human intervention. However, the touch screens include a button that allows customers to call a manager to accept cash payments, he says.

Moreover, in a cashless environment, technology and systems could fail, leaving consumers stranded. Zagorsky recalled an incident at a gas station when the pump payment system malfunctioned and his bank immediately invalidated his card, suspecting a fraud. Luckily, he had some cash that he was able to use to pay for gas. Otherwise, he would have had no way to reach his destination — an airport some 60 miles away.

When retailers and other establishments go cashless, low- and middle-income American citizens who don’t have access to a bank account tend to suffer most, says Baradaran. “They pay a lot to use their money. Something like 10% of their income goes to getting prepaid debit cards or money orders.”

Many people also risk penalty fees if they don’t maintain minimum balances in their bank accounts, Baradaran noted. “I’m sure a lot of people make the very rational decision to not have a bank account and risk all those random fees, and go with a check cashing service,” she added. “I would hope that more cities would follow Philadelphia’s lead.”

Greenlee’s ordinance excludes parking garages, car rental firms and hotels, and wholesale clubs based on a membership model. Greenlee says he and Sanchez included those carve-outs to ensure that they have the requisite votes to get the bill passed. “We wanted to try to address whatever concerns might be raised,” he says. “Much of our focus in this bill was on the retail brick-and-mortar establishments. We saw garages and rental car businesses as just a little bit different, and we were willing to carve those out in order to make sure that we had enough council people and the mayor comfortable to support the bill.” 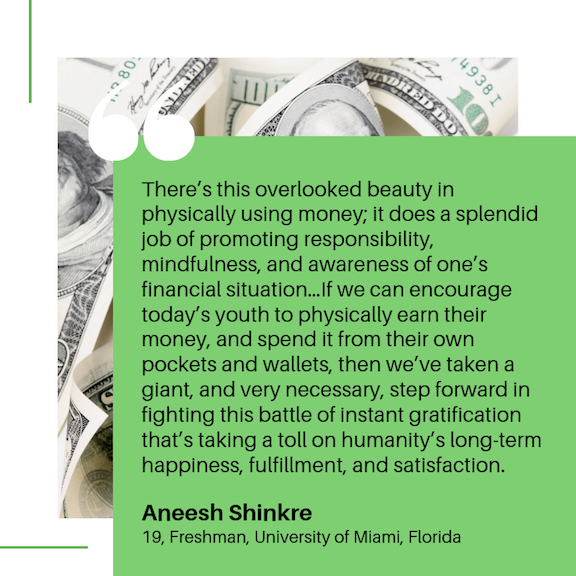 It isn’t clear as yet if Amazon Go stores would be affected, if and when they open in Philadelphia. Although Amazon’s Prime members would qualify for exemptions on the grounds that payment works on a membership model, Amazon has said that its Amazon Go stores would cater to other customers as well. Greenlee is hopeful that a solution could be found. “We think we can work with Amazon on that issue so that they can still come in here if they choose,” he says. “But our priority has to be the people who live here now. We’re supposed to help the ones that need the help the most. If we can work with the other entities to make them comfortable, that’s fine, too.”

Between now and July 1, the Philadelphia Commission on Human Relations, which will be the enforcement agency for the ordinance, and the city’s Commerce Department would try and find ways to “satisfy or placate” Amazon or other companies that might want to set up shop in the city and go cashless, Greenlee says.

After Greenlee co-sponsored the bill, he was “amazed” at how it touched a chord in many people. “I’ve gotten many calls from people, and folks who know me, stop me and say, ‘You know, that really makes sense.’” He noted that many active credit card users support his bill. “It’s the fairness issue — the equal treatment issue that I think is hitting with people.”

Goldstein says he did not see the Philadelphia ordinance as an overreach. “Regulators step in in many cases when there is concern about discrimination,” he says. “It is clear that at the moment, poor populations don’t have access to credit cards and debit cards. If you have more and more stores in Philadelphia that don’t accept cash, then essentially those populations are going to be banned from these stores, and that is concerning to regulators, to the city administration and so on.”

The rapidly growing fintech industry makes its business case around use of technology in financial services to lower costs and improve efficiency. Fintechs are also useful in expanding financial inclusion by serving unbanked populations, says Goldstein. “The irony is that the whole fintech revolution is meant to include more and more populations, rather than exclude them.”

China and Africa are examples of such inclusion, Goldstein noted, with the widespread and growing use of cashless forms of payment. “People who do not have bank accounts, but have cell phones, can get access to payment systems.”

Goldstein agreed that a cashless economy makes sense only when everything works fine with credit cards and debit cards, and that they are not vulnerable to outages, frauds or hack attacks. “Yes, there is a concern over the stability of the infrastructure of the digital payment system,” he says. “Clearly, cash is a good backup.”

Goldstein hoped that the ban on cashless stores is not a permanent move. “I hope that there will be a way to reverse it sometime in the future when maybe more people have access to digital payments,” he says. “Fintech firms in the U.S. should try to reach out to more and more populations. Then there will be fewer concerns about banning cash.” 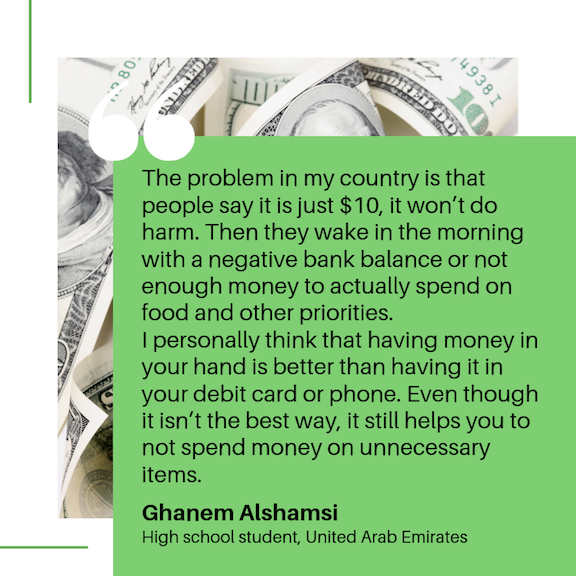 What does Itay Goldstein mean when he says, “The irony is that the whole fintech revolution is meant to include more and more populations, rather than exclude them.” How is going cashless putting some people at a disadvantage?

Where do you land in the cash debate, with all its moving parts? Clearly, Philadelphia’s decision is driven by a need to be more inclusive. But there are a lot of other aspects to this argument, many of which are hinted at by the teen quotes in the article. Do you think a cashless society is a good thing? How might we address the issues faced by people who don’t have bank accounts or access to credit cards?

What is your ideal way to make payments? Do you use an app? Do you use cash? Share a personal story about your connection to currency in the comment section of this article.

6 comments on “Where Do You Stand on the Cash Debate?”