Word out of Washington, D.C., this week is that GDP is on the rise. What does that mean for the economy and your financial and job prospects? High school economics whiz Robin Li and others demystify the significance of Gross Domestic Product.…Read More 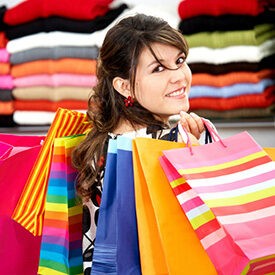 Recently, the U.S. Commerce Department released the nation’s first-quarter GDP (Gross Domestic Product) report. Analysts expected that the U.S. economy would expand by more than 3%, driven primarily by the housing market (in other words, people are buying more houses). GDP instead expanded at a 2.5% annual rate, falling short of expectations but improving over the previous quarter.

You may dismiss this GDP talk as just more confusing and unimportant alphabet-soup government statistics. How wrong you are – at least in terms of its economic significance to our lives. In reality, GDP is the most important economic indicator of the U.S. economy, as well as economies around the world.

GDP measures all the goods and services that a country produces – from cell phones and strawberries to the plumber who fixed your sink last week — and it can be a kind of directional marker, giving clues about everything from your likelihood of getting a job, to the interest rate you will pay on a car loan or other type of debt. It also tells economists when to start using the “R” word: A recession is often defined as two consecutive quarters of contraction in GDP. Robin Li, a senior at New Jersey’s West Windsor-Plainsboro High School North and an economics fan, makes it a habit to pay attention to GDP. “GDP growth is tied to the economy’s performance, and that can affect the lives of many people,” says Li. “GDP is a good gauge of the direction of the economy because it measures things like consumer spending and business investment.”

The Number to Watch

In normal times, GDP growth doesn’t bounce around much, so it doesn’t have a big impact on the average consumer. As a result, there is not much movement in fiscal and monetary policy. But during an economic recession or recovery, GDP growth is much more closely watched and can play a big role in determining how the government controls the supply of money to influence the economy.

Li, 17, plans on studying economics at Princeton University. She is president of her high school’s Fed Challenge Team, which competes in the High School Fed Challenge, a series of events sponsored by the Federal Reserve Board that gives students in grades 9 through 12 an opportunity to analyze economic conditions and recommend a course for monetary policy. The Federal Reserve is responsible for setting monetary policy in the U.S.

When someone talks about GDP moving up or down, they’re talking about the change from one quarter to the next. The GDP equation is made up of several components: consumption, or consumer spending; investment, or business spending; government spending; exports, or goods that are made in the U.S. and shipped out for sale to other countries; minus imports, or goods that are made outside the U.S. and bought here.

Here’s the detailed 411: GDP = C + I + G + (X-M). C is consumption, I is Investment, G is government spending, X is exports and M is imports. Consumer spending — as in how much you bought at the mall last weekend — makes up about 60% of GDP, which is why economists get worried when they hear that consumer spending is down. Business spending accounts for about 20% of GDP, and government spending makes up about 15% of the number. Finally, the difference between imports and exports increases or decreases the balance, making up the final 5%.

So every time you go out and buy something, like a new suit or chicken for dinner, you’re making a difference and helping to prop up GDP by raising the “C.” But if you decide to hold off on buying that dress, or shoes or car, you’re putting a dent in “C,” which holds back the GDP number. The same thing happens if a company buys a new fleet of delivery trucks — that boosts GDP. But if the business decides to keep its old trucks, maybe because profits are down, it won’t add anything to GDP.

Concerns over sluggish GDP growth, along with other issues, can lead the Federal Reserve to take steps to keep interest rates low. The Obama administration has called for billions of dollars in so-called stimulus spending aimed at boosting the economy.

The changes in GDP are important because “they send signals about the economy, and those kinds of signals ultimately affect government policy,” says Doug Young, director of the National Center at the Council for Economic Education. “Generally, if GDP is rising steadily, it means the economy is humming, and that could mean companies will be hiring. Of course if GDP is rising very fast, it could also mean that inflation may start to creep up and interest rates may rise. But if GDP is weak, it may mean that companies and consumers are buying less, which could weaken the economy, drag down job growth, and possibly lead to a fall in interest rates.”

Fiscal policy and deficit spending (when the outflow of federal money is greater than the inflow, leading to a budget deficit) are important during an economic slowdown, Li says, noting that she considers herself a Keynesian, a reference to a philosophy articulated by British economist John Maynard Keynes, who in 1936 called for government spending as a way to address economic doldrums. In contrast, American economist Milton Friedman advocated for less government intervention. “Although there are concerns that excessive government borrowing can push up interest rates, crowding out private investment, that doesn’t pose a threat right now,” Li says. “Nevertheless, fiscal deficits are unsustainable in the long run, so who knows what the situation will be 10 years from now?”

That speaks to the one certainty about the economy: It never stays in one place for too long.

How is GDP growth tied to the economy’s performance?

What indicators are included in the measurement of GDP?

Robin Li considers herself a Keynesian. What does that mean?

A New Kind of Money: Bitcoin Basics Amidst a Week of Mt. Gox Mayhem