Future Leaders Learn to Communicate for the Long-term 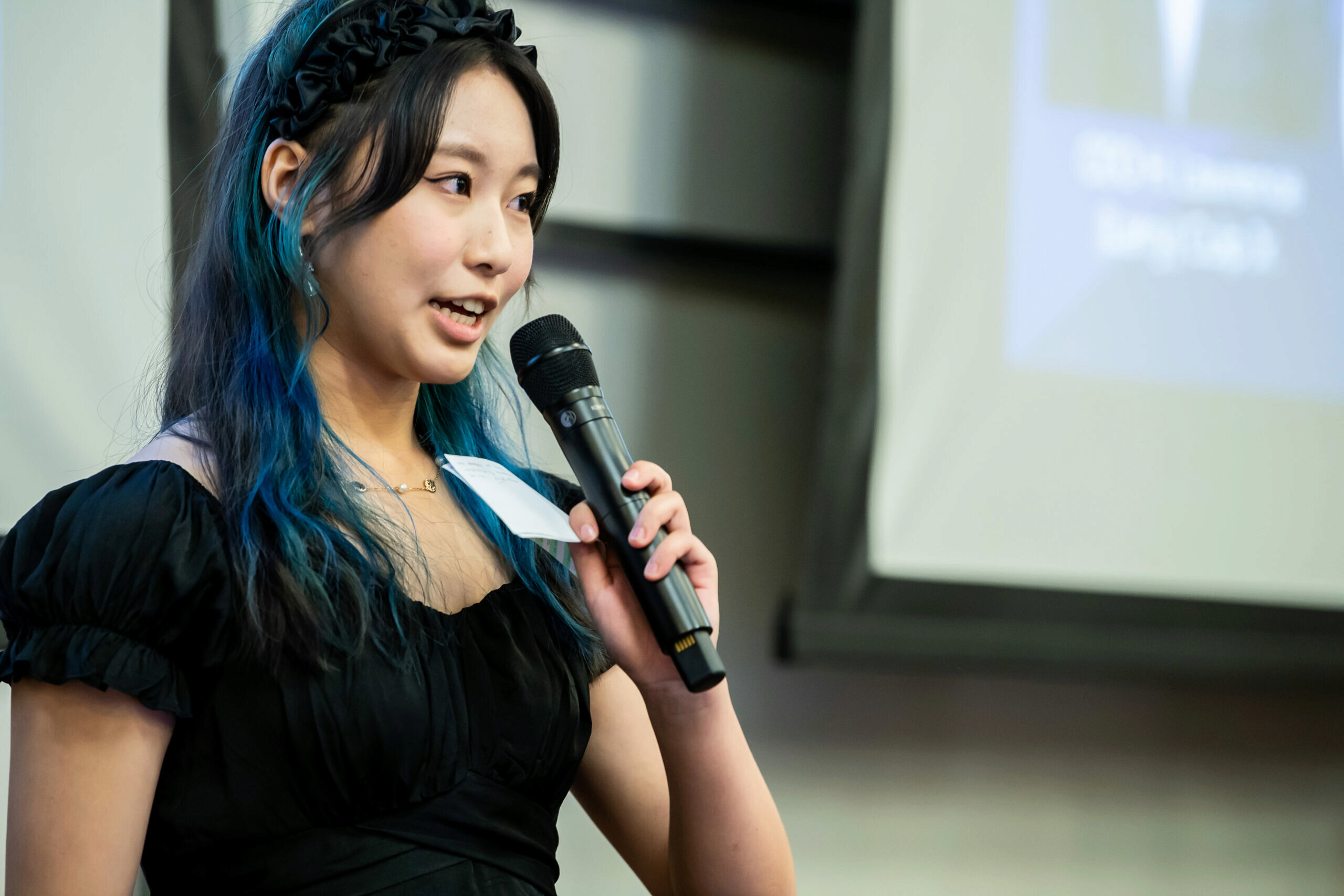 Joshua L., a Global Youth Comment & Win competitor, has this to say about leadership: “Good leaders aren’t perfect. Obviously, a lot of leadership skills are nurtured from mistakes…The best way to nurture great leaders is by teaching, followed by experience and learning from errors.”

While high students like Joshua are a few years away from corporate CEO status, you’re still shaping your leadership styles as club presidents, student council officers and start-up entrepreneurs. By combining those experiences with studies in organizational leadership and psychology, for example, you can begin to build your leadership skills and abilities for when you someday reach the C-suite (where all the top execs work).

Andrew Carton, an associate professor of management at the Wharton School of the University of Pennsylvania, has studied many managerial missteps in his research, motivating him to teach more effective organizational leadership. Business, he says, is in many ways the study of how organizations function – and organizations are central to the fabric of our society.

“Organizations are massive systems that have a separation of different skills and areas of expertise, all coordinated and channeling their efforts to achieve something that is common to all of them,” says Carton. “They are working toward a common goal, product or service that’s valuable, difficult to imitate, and that delights people in a way that none of their rivals can.”

During a Summer High School faculty lecture series on Wharton’s Philadelphia campus, Carton spoke to the very essence of his research: What can organizations – and their leaders – do to unite people despite all that divides them? How can leaders get people moving together to realize an organization’s strategy?

He drilled down into his research on how often what leaders do can unintentionally backfire; they think they’re doing the right thing, but they aren’t as tuned into the people around them and the messages they’re trying to convey. “I’ve been studying this in the context of communications, especially communicating about the long-term future,” noted Carton. “In organizations, senior managers and CEOs have to be good at talking about the distant future. It’s the way that you give everybody a sense of that common goal; the destination. You put them on the same page, unify their efforts, get them excited, even exhilarated to come into work.”

Carton shared best practices – gleaned from his own research — about how to recognize the limitations of leader communication and best communicate about an organization’s long-term tactics and strategies:

Specificity rules. People tend to think abstractly as they ponder the distant future, noted Carton. That tendency can be reflected, for example, in how they write a company mission statement or vision statement, the guiding messages for a business as it works toward achieving its goals. Your language choice should instead try to bring the future into the present reality to make it easier for everyone to grasp the vision. “One of the things we’ve found in 50 years of research in organizational psychology is that the more concrete, the more specific you are, generally the better off you are as a leader,” said Carton. “You motivate people more effectively, give them a better sense of what they’re trying to achieve and engage their emotions.” Carton illustrated the effectiveness of this approach through then-and-now vision statements from Ekso Bionics, a company that makes robotic suits to help people with injuries or impairments walk – often for the first time. 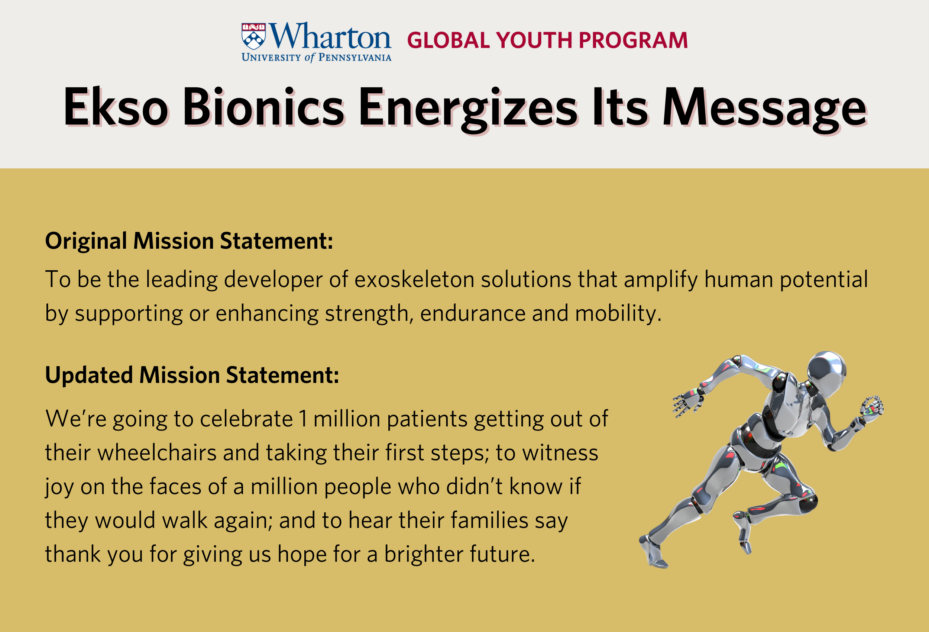 The jargon trap. Jargon, which is language used by a particular profession or group, has a definite place in the workplace, suggested Carton. “Organizations need to have jargon — some vernacular and vocabulary that you share in common with people who have similar training. That allows you to speak efficiently.” But while we all want to sound like we know what we’re talking about, it should not be at the expense of losing product sales, confusing customers and eroding employee motivation. “The problem is that most experts tend to overuse jargon,” added Carton. “They don’t understand what other people know and what they don’t know. It’s called the ‘curse of knowledge,’ which is the difficulty people have to communicate about what they know. But when we’re trying to communicate with other people and get them on board with what we’re trying to achieve, we’ve got to be more concrete, more behavioral.”

Attention overload. While, unlike other species, humans are great at working together to coordinate efforts and accomplish goals, we also quickly get weighed down by distractions. “Humans have an incredibly limited attentional field,” said Carton, adding that research suggests that we are daydreaming nearly 50% of our waking hours. This is an important consideration for leaders as they communicate milestones and craft messages. “When you try to communicate with other people, you need to think about their attentional field — that limited attentional space that is a shield in many ways. You have to break through that shield,” said Carton. “If you overwhelm people with information, especially boring information, they’re not going to pay attention. Don’t overwhelm, simplify.” For example, rather than specifying 10 subgoals for your team to achieve, specify only three (See box on NASA at end of story).

Persuasive communication is fundamental to effective leadership, stressed Carton. And while you may want to think broadly in the planning phases of your corporate strategy, taking action requires a different approach. “People prefer concrete language,” he said. “They can understand exactly what you’re trying to say and it hits their emotions.”

What is an organization?

What is jargon and how is it useful in the context of business? How does it become a problem in communications?

Dr. Drew Carton’s advice is to not overwhelm people with information, but instead to simplify. How did NASA embrace this approach?