Career Insight: Farrhad Acidwalla on Learning from Failure and Knowing When to Take a Break 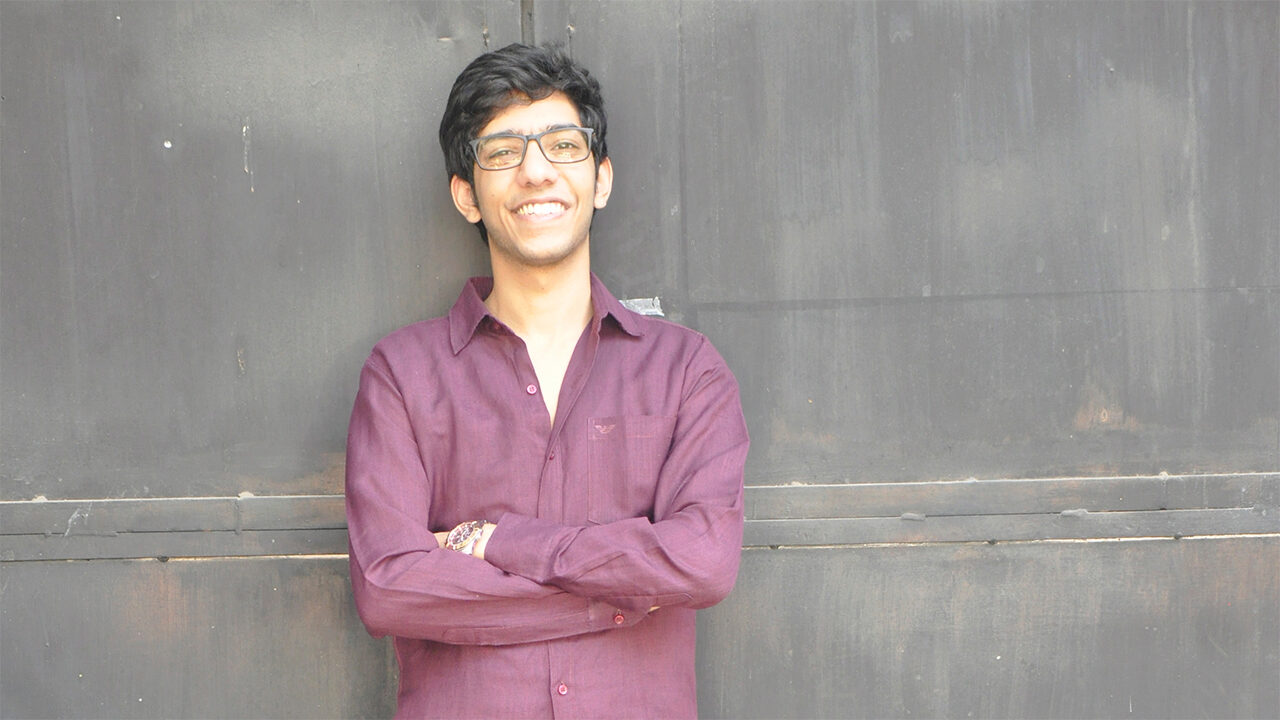 Farrhad Acidwalla has been an entrepreneur for a decade – and he’s only 23. At the age of 13, he caught the bug and borrowed $10 from his parents to build an online community devoted to aviation and aero-modeling. Soon after, he sold that project to a fan for $1,200, and a few years later used $400 to launch Rockstah Media, a business focused on web development, marketing, advertisement and branding.

The success of this international, award-winning agency based in Maharashtra, India, has catapulted Acidwalla into young-entrepreneur fame, winning him an interview on CNN at the age of 17, and spots on several publication lists, such as the 25 Internet Success Stories under 25, GenNext Achievers, and India’s Top Twitter Users. Acidwalla has been a featured speaker on the TEDx stage, as well as the youngest guest lecturer at IIT Kharagpur’s annual entrepreneurship summit. While he still focuses much of his time on Rockstah, Acidwalla also invests in other businesses, such as Consumer Guard, a web-based business he founded with Suhel Seth to handle consumer grievances.

Acidwalla’s most recent brand-building venture took him to the most unlikely of places, the Chenab valley in the Jammu region of Jammu and Kashmir, a state in the northernmost geographical region of the India subcontinent that for many years was an area of unrest due to land disputes. Conflict has extended to insurgents fighting Indian government officials for autonomy, leading to violence and turmoil. Acidwalla was invited by the Indian government in early February to speak to some 1,000 youth in three separate regions of Jammu. “I reiterated that India is the largest youth population in the world and never before have information, knowledge and technology been so accessible,” notes Acidwalla, who describes his unique trip as “intense.” “My goal was not to just tell them about my story, but to tell them how they can turn their passion into their profession.”

Since inspiring youth is part of Acidwalla’s mission statement, KWHS caught up with him at Mahalaxmi Race Course in Mumbai, India, this month for an interview. Here are some of his key insights:

On failure. If you’re failing and not learning from it, you’re wasting your time. You will learn far more from your smallest failure than you will from your greatest success. I hired a senior developer to work for Rockstah Media for a phenomenal sum of money. I actually hired two guys from a company I consulted with. The company pivoted and they didn’t need them anymore. These guys handled that company’s whole infrastructure and technology that involved PHP [programming language]. I hired one of them for a lot of money, almost double what I paid new employees. When I decided to do the hiring, the CEO of this company where they worked told me that this guy was extremely negative. He said that he will pull down anyone he sits with and productivity will go down. I thought I could handle it. But hiring that person was one of the biggest mistakes I’ve made because you just can’t fight negativity like that. They were always [complaining]. Also, they were married and much older with kids. They wasted a lot of time on personal commitments. I learned quickly that sometimes you really should listen to other people. I thought he was negative because of his past environment, but I learned that negativity should be stayed away from. I fired them, but I couldn’t do it instantly because they were in the middle of two or three projects. Code is such a thing that when I did get other team members on it, it was difficult to catch up. I had to put an end to the negativity. I learned to check things twice before hiring people – and to listen.

On motivation. Jim Rohn (American entrepreneur and motivational speaker) said, ‘Formal education will make you a living; self-education will make you a fortune.’ Textbook knowledge will not separate you and get you ahead. It will get you somewhere, but you need self-education; you need to be out there hungry for knowledge and taking more information in. You have to follow other knowledge in your industry. You can’t only know exactly what your job requires, or you won’t be able to evolve. Just focusing on those textbooks won’t cut it in the long run.

On time management. I cannot stress enough that if you set your priorities right, you will finish your to-do list. You might have to compromise on your partying or your social life. What separates us is how we use our 24 hours. If you waste time, somebody out there is using those full 24 hours, and they will get ahead of you.

On burnout and renewal. Sometimes you just need to step back. There was a period of three to six months a few years ago when I had to relax. It had been a good seven years until I needed that break, but then it had to happen. I could have gone on, but the recovery would have been longer if I kept pushing myself. The recharge was quick, and I was back. I caught up with reading and writing and things other than business. The delegation I did [giving responsibilities to employees] has continued and allowed me to found more companies and do other things. Last year, I went open water diving, and that was another period when I had been working for months and months. I was getting six hours and 13 minutes average sleep each night. I was not working out, and it bogged me down. While I was doing my work properly, I was tired. Those two weeks completing my advanced diving course in Ko Tao, Thailand energized me. When I came back, that whole tiredness was gone and I wanted to hit the gym. You have to replenish. It’s needed if you have a busy schedule.

What is your biggest takeaway from this article? What advice do you find most useful for your own life and career? Do you disagree with anything he says?

Why do you think Farrhad Acidwalla was invited to visit Kashmir, a move that is quite out of the ordinary? Why might the government call on a 23-year-old to inspire Kashmiri youth?

Have you made any mistakes in your life that you have learned from? Do you tend not to talk about them because you think they reflect poorly on your abilities? Discuss your situation with a friend or a group and come up with three things you learned from your experience.

9 comments on “Career Insight: Farrhad Acidwalla on Learning from Failure and Knowing When to Take a Break”