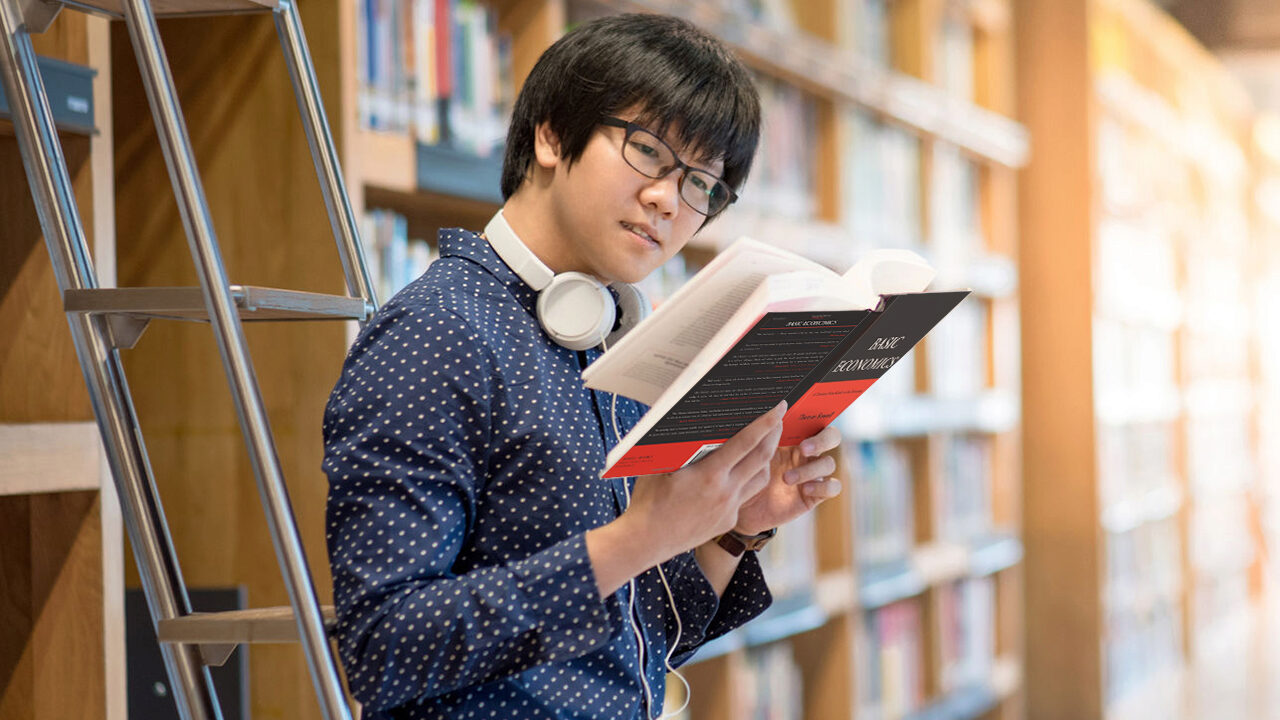 Sahil L., a 12th grader at The Emerald Heights International School in Indore in India’s Madhya Pradesh state, has a deep fascination for economics – not on a macro level, but in terms that he can relate to as a teenager. “When I first discovered economics, I wasn’t interested in knowing about the bilateral economic ties between two nations, but I would have definitely loved to know about how monopolies practice price discrimination and how it affects my decisions as a consumer,” says Sahil, who is 17.

Still, when Sahil leafed through business publications at his school library, often he couldn’t find satisfying explanations for various economic concepts and the fundamentals that drive business activities. Questions persisted in his mind about issues like the impact of India’s demonetization of high-value currencies that took place about a year ago or how government policies impacted certain industries.

At the Grassroots Level

Sahil saw a market need and he found a way to meet it. Last year, he launched a biweekly magazine that he calls EcoGyaan (the word “gyaan” in Hindi means knowledge), with the tag line “The Economic Explorer.” Launched in July 2017, you can also subscribe to the magazine online at www.ecogyaan.com. “Indian students lack exposure to research and self-thought,” says Sidharth Singh, Emerald Heights’ principal, adding that he whole-heartedly encouraged Sahil when he suggested the magazine idea.

Published regularly with eight-to-10 pages each, EcoGyaan has covered issues like how a bank could protect itself from a liquidity crisis; regulatory policies that govern street food; and how the mobile payments industry works. Each issue also includes one economic term that is explained in depth, like monopoly, liquidity or GDP.

“I wanted to know more about the economics of industries that are integral to fulfilling my daily needs and read about policies that affect me directly at the grassroots level,” says Sahil. He sensed a need for a financial magazine that covers topics “that are relevant to people in real life and help them connect their observations to what they read.”

Sahil produces EcoGyaan with minimal help from friends, and gets it printed locally from his own funds. He has priced each issue at Rs. 30 ($0.50), which is roughly the cost of production. EcoGyaan has 110 subscribers; its total print order is 150 copies, and both are growing with each edition. Plans are to donate the profits to charity.

In the research for his articles, Sahil also conducts the occasional interview, such as one with a vendor of street foods (ready-to-eat foods sold from portable food carts or trucks), or another with the head of a non-governmental organization for an article on NGOs. He sometimes attempts to give his stories global comparisons, such as in the street-food article, where he referred to Thailand’s regulatory policies governing that sector.

Sahil also has policy prescriptions in some cases. For example, he says of the street food industry: “Although these are mostly illegal establishments, they should be included in the formal economy because they provide a huge boost to the GDP of a country.” He cites references to the informal economy in national income statistics to support his point. He advocates business model incentives at two levels here: for street food vendors to instill hygiene and sanitation principles, and also for government agencies to include them in the formal economy.

Economist in the Making

While he may not know exactly where his life after high school will take him, Sahil – who wants to study business in the U.S. – could easily be called a budding economist.

First and foremost, an economist studies the economy. The economy is the financial foundation upon which our society is structured. It involves producing, exchanging, distributing and consuming goods and services. When you buy an iced latte and chocolate-filled croissant each morning, you are contributing to the economy. Selling an autographed baseball on eBay? That’s the economy. Working at Shop-Rite three days after school? That’s the economy. Socking money away in your savings account? You got it — the economy.

According to the U.S. Bureau of Labor Statistics, an economist studies the production and distribution of resources, goods and services by collecting and analyzing data, researching trends and evaluating economic issues. Economists have all kinds of jobs, such as professors, government advisors, consultants, and private sector employees, and they can specialize in various disciplines, including health, gender, the environment, education and immigration.

Employment of economists is projected to grow 6% from 2016 to 2026, about as fast as the average for all occupations. Job prospects should be best for those with a master’s degree or Ph.D., strong analytical skills and experience using statistical analysis software. People rely on economists to let them know if the economy is improving or heading for trouble. Economists can study factors related to the economy, like jobs, interest rates, the stock market and taxes.

A quick look at economists in the news this week suggests the broad scope of their responsibilities. Bank of Singapore chief economist Richard Jerram said the global economic recovery will benefit Singapore as a trade-dependent economy and regional financial hub; Mark Zandi, chief economist at Moody’s Analytics, reported that the U.S. job market is “red hot, with broad-based job gains across industries and company sizes;” and Ashima Goyal, a member of the Prime Minister’s Economic Advisory Council in India, concluded that the Indian Central Bank’s tendency to overestimate inflation has cost the economy.

During a November 2017 interview at New York University’s Stern School of Business, Janet Yellen, the outgoing chairwoman of the U.S. Federal Reserve, explained that she decided to be an economist while an undergraduate student at Brown University. “I always liked math, but then I discovered economics,” she said. “It’s a field that does use rigorous analytical techniques, empirical methods and modeling that requires math. What I loved about economics is that it is also a field that has an impact on and is concerned with social welfare and economic well-being. So, it was a combo of being about people and their lives…and it used math and reasoning.”

Learning about economic concepts can help you to understand the news, make financial decisions, shape public policy and see the world in a new way. This reflects Sahil’s mission for EcoGyaan, which, with his school’s support, he hopes to develop beyond the hobby phase. He says, “One of the most important things I have learned as part of the journey is to have the curiosity to study the economics of every day happenings around me and learn more about the short-term and long-term implications.”

Sahil L. says, “I wanted to know more about the economics of industries that are integral to fulfilling my daily needs.” Can you give an example from the article? What are some of the ways Lalwani explored these economics? What would you like to learn more about?

How might economics help you see the world in a new way?

The article introduces job prospects for economists. Would you like to become an economist? Share your perspective in the comments section of this article.

One comment on “Exploring the Economics of Everyday Life”