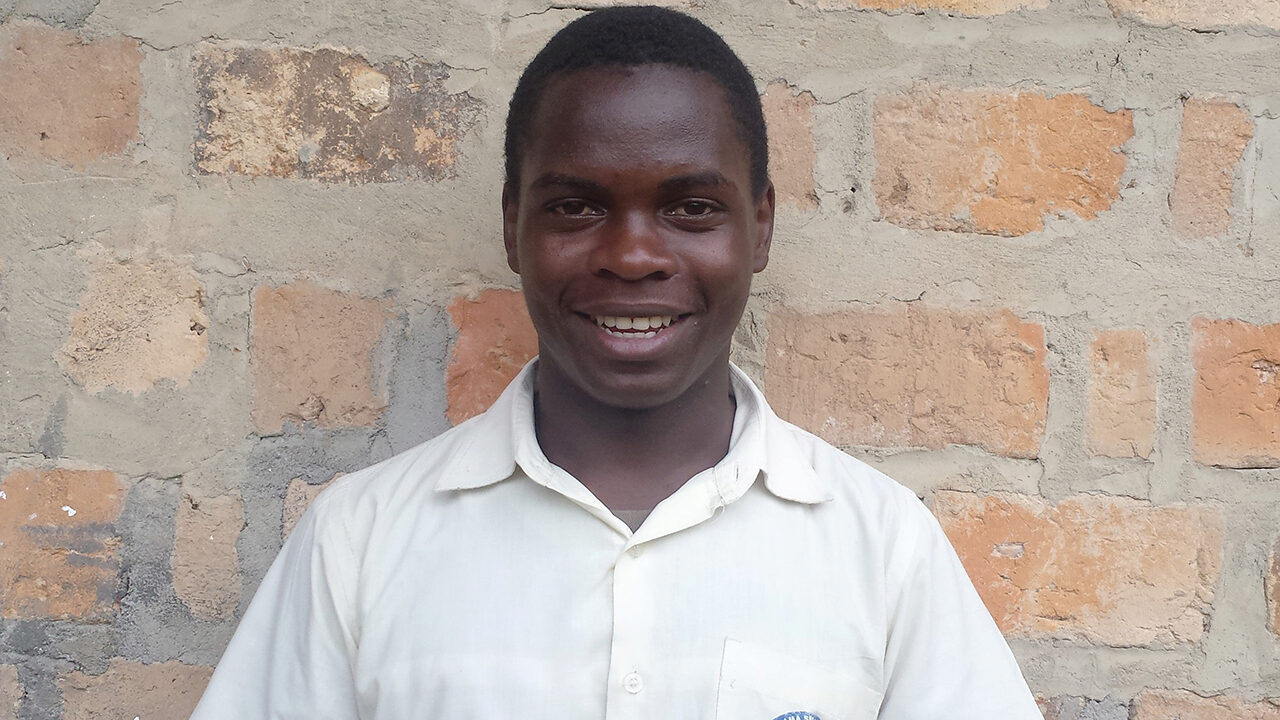 April is Financial Literacy Month in the U.S. To honor the importance of personal finance and the power of making smart decisions about the money we earn, KWHS will be featuring profiles in April of teenagers from around the world who are champions of financial awareness and money management (see the Related KWHS Stories tab for last year’s profiles). Check in regularly to read about interesting young people who are learning skills to help them prosper and to live with financial confidence.

First up: Ssebuggwawo Jovan, an 18-year-old high school junior from Panorama Secondary School in the Mukono district of Uganda, Africa.

Uganda, a country in East Africa, is known for its beautiful lakes, rivers and forests. Its economic landscape, however, is far less enchanting.

As one of the poorest nations in the world, Uganda struggles with the serious problem of youth unemployment. According to information published in recent years by the Brookings Institution, a non-profit public policy organization in Washington, D.C., that explores problems facing local, national and global societies, youth (aged 15 to 24) in sub-Saharan Africa were twice as likely to be unemployed compared to any other age group. With labor statistics that suggest that three quarters of the Ugandan population are below the age of 30, unemployment is hitting this country particularly hard. According to the organization Enterprise Uganda, 400,000 young people enter the job market annually for a mere 9,000 new jobs each year.

Many young people in Uganda face the challenge of finding work and earning wages to support themselves and their families. Entrepreneurship has become one option, with an increasing number of Ugandans starting small businesses to generate income. Last summer, Uganda topped a Global Entrepreneurship Monitor ranking of the world’s most entrepreneurial countries.

“Six in every 10 families in the places I have lived are involved in some form of business, mostly to raise money for food, school tuition and other needs,” says Elizabeth Gimadu, a director with Children Alive Ministries in Mukono, Uganda, a religious organization that works to empower children and youth in surrounding communities. “In my family, my mother did over 10 different businesses growing up until she settled for just two. Now, even though she is gone, her children carry on making herbal soap, vaseline and a little bit of her baking business. Many, many graduates have failed to get jobs after their formal education, especially in the areas of their training. For those who have found jobs, it is not in their fields of study. Out of my four siblings and me, just two of us have jobs now.”

Gimadu and her team, including Prossie Namagembe, are working to change those statistics through Children Alive Ministries’ Street Leader Program (SLP). Since 2013, 27 high school students have met regularly outside of school hours to build their entrepreneurship skills and develop into, as Gimadu says, “self-reliant young men and women” who are able to support themselves through a business and ultimately become job creators, not job seekers.

When considering what business to launch, the SLP team explored options that required little start-up capital and production time and had an available market and easy access to materials. Their product of choice? Liquid soap.

Ssebuggwawo Jovan admits that when he joined the Street Leader Program in 2014 at the age of 16, he knew very little about soap making, finding a market for your product, selling, and managing the money you earn. With each soap batch that he and his SLP partners produce, he deepens his knowledge about business and people. “At first, I saw that the process was very easy because we mixed salt and water until it dissolved and then we added other ingredients like ungalu, perfume, urea, caustic soda and colors,” notes Jovan, a spiritual teen who loves snacking on doughnuts and playing football (soccer) with friends. “Now, after two years of doing this, I know the process much better.”

The SLP crew produces a new 80-liter batch of soap (a little more than 20 gallons) once a month during the school term and once a week during holidays. Through trial and error, they have built a market for their product, starting out by selling to the Children Alive Ministries staff and then expanding to family and neighboring organizations, such as OFF-TU Mission and Reach One Touch One Ministries. “The agreement is that every teenager takes part in the making and marketing of the soap,” says Gimadu. “They stay in different villages and they meet and associate with different people and tell them about the business. These people spread the word, and the market has been growing.”

Bring Your Own Jerrycan

Since they actively began making and selling the soap for market in 2016, SLP has earned 350,000 Uganda shillings, which is about 100 U.S. dollars. For now, all profits are reinvested into SLP’s projects, especially the soap-making. Expenses can be high and pricing is negotiable, especially due to the cost of packaging the soap. They sell the soap in jerrycans, which are costlier than the raw ingredients used to make the product. SLP has therefore adjusted its strategy to reduce the price for customers who show up with their own jerrycans.

“The market for the liquid soap is sometimes difficult because buyers want it at a reduced price. Different people are not the same in terms of finances,” says Jovan, who admits that his SLP group has had some challenges agreeing on goals. “I have made some mistakes, and from this I learned that it leads to having fewer buyers and reduced profits.”

Jovan, who hopes to someday become an architect, believes that his new entrepreneurship skills will prepare him well for the future. “I have learned that the more you invest, the more you gain.”

Adds Gimadu: “With the skills they are learning, we believe they have more than just the formal education they get when they graduate from university. They will be in a better position to begin personal businesses or to be employed in businesses and companies that need their skills and work experience.” And as skilled leaders, students like Jovan may well create new opportunities for the Ugandan communities in which they live and work.

What are the realities of youth unemployment in Uganda?

Why did the Street Leader Program choose to start making liquid soap and what have been some of the steps they have taken to build their market and figure out their prices?

Using the Related Links tab, read The Guardian article describing Uganda as the land of entrepreneurs. Yes, the country has many micro-businesses, but do they all survive? What are the challenges of entrepreneurship in Uganda?

Why is youth unemployment a serious global issue?

4 comments on “Youth in Uganda Work Toward Lives as Job Creators, Not Seekers”