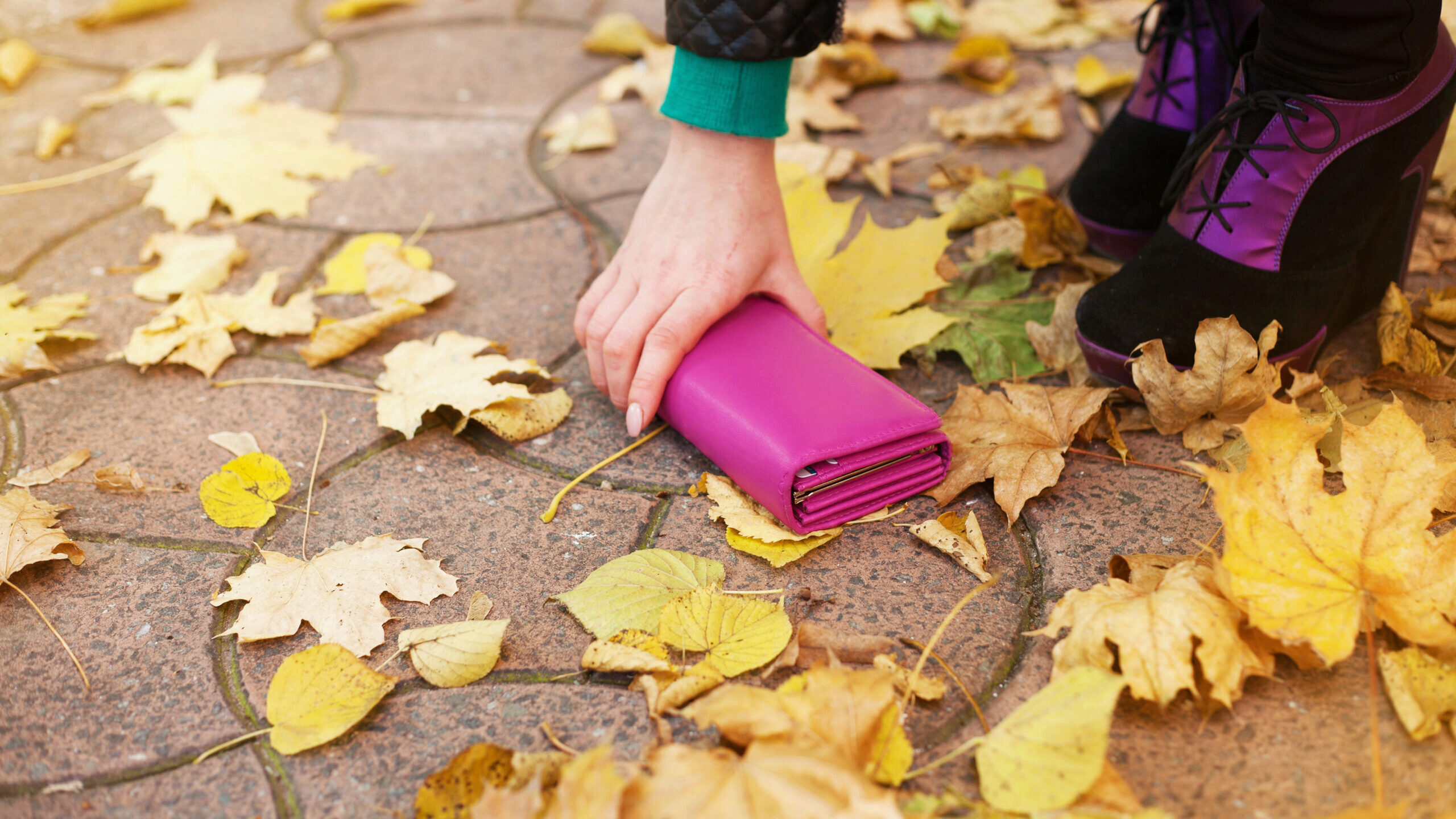 Greek philosopher Socrates is credited with having said, “The more men value money-making, the less they value virtue.” Combine that old-world sentiment with today’s bling-encrusted “Keeping Up with the Kardashians” craze, and it’s difficult to feel hopeful for the future of moral financial behavior. Throw in a Saturday night with HBO’s The Wizard of Lies about the life and fall of Bernie Madoff, who orchestrated the largest financial fraud in history, and you realize that the younger generation is bombarded with questionable messages about money and ethics.

Reports of unethical financial behavior dominating the headlines may have you wondering how to navigate the pathway to building wealth and taking ethical steps to get there. How do you know if you’re making the right choices when it comes to managing money, especially if you see others modeling poor financial behavior? Possibly if Madoff had considered some of these issues while he was a student and swimmer at Far Rockaway High School in New York, his financial story would have turned out differently.

In an article she wrote a few years back in Forbes magazine, personal finance author Neale Godfrey said, “The underpinning of any financial interaction should be based upon ethical behavior and mutual respect.” She then recalled a scenario in which a college student had run up a huge credit card bill and then insisted that it wasn’t his fault because the credit card company had given him the card. When she asked the audience to weigh in, a teen responded, “If you racked up debt when you knew you couldn’t pay for it… it’s stealing. It’s not any different if I came into the store and stole stuff.”

Godfrey was impressed by that answer. In fact, the minute that college student knew he was living well beyond what he could afford to pay back, he had a moral obligation to stop charging. In the end, we need to be responsible for our own financial decisions, and not leave it up to a bank or large institution to determine our financial fate.

Learning to manage money responsibly and ethically isn’t always easy. Building basic budgeting and savings skills and discussing financial values with parents and educators will help you deal with ethical dilemmas. Until then, here are a few more scenarios to get you thinking about the power of money, ethical choices, and sound financial decision-making. What would you do?

Neither a Borrower Nor a Lender Be

Notoriously poor earners, high school students often find themselves strapped for cash. Have you recently turned to relatives and friends to borrow money? Before asking for a loan, it’s important to determine why you think you need it, or whether you can get the money another way. You may think you will pay it back right away, but what if that doesn’t happen?

“Borrowing or loaning money can put considerable strain on relationships. Before borrowing money, ask yourself if you absolutely need it,” says Jennifer McDermott, the consumer advocate for finder.com. “Spending outside of your means is a dangerous and tough habit to break, so the more you can practice good money habits now, the better off you are down the track.”

Teens also shouldn’t feel pressured to loan money to a friend. “If you are often on the loaning side, have an open and honest conversation with your friend and let them know it puts you in a difficult position,” McDermott says. “A true friend will understand. Keeping money out of friendships is one of the key ways you will ensure they remain strong.”

What’s in Your Wallet?

Who hasn’t dreamed of discovering that bulging bag of money in the corner of the attic, a relic of some past homeowner? It’s not uncommon to find coins or even dollar bills on the ground, and you can probably keep small amounts of cash without feeling guilty. But if you found a wallet full of money, would you just pocket the cash and never look back?

“Stumbling across any sum of money can make you feel like lady luck is on your side! However, despite the ethical questions of pocketing money misplaced by someone, there may also be legal ramifications of not returning the cash,” says McDermott. “Every state has laws requiring the return of money to the rightful owner if it is possible to identify them. So, money found in a dropped wallet or an addressed envelope should be easy enough to return to their rightful (and likely very grateful) owner. As for money that is found ‘floating,’ most states still require you to turn it into local police to give the owner the opportunity to claim it.”

And beyond the legalities, was that wad of cash really ever yours to keep?

Money Under the Table

Some employers try to get away with paying workers without reporting payments to the government. They usually engage in this practice because they don’t want to keep records of the payments or owe payroll taxes. Some teens may be lured into agreeing to such an arrangement because they get to keep more of their paychecks.

“Many teens don’t realize that the decisions they make as teens can hinder the outcome of their future,” says Lacey Manning of LTG Financial in Ocala, Fla. “Making money under the table for an employer for an extenuating period of time can negatively impact your Social Security and Medicare benefit quarters. Not paying into the system is not only unethical, but can be a poor financial decision.”

When working out the terms of employment, teens should make sure they fill out the Internal Revenue Service (IRS) Form W-4, which allows employers to withhold the correct federal income tax from their pay.

“One of the things that students are eventually going to have to deal with is filing their taxes,” says Jayson Mullin, the owner and founder of Top Tax Defenders in Houston. “When it’s time to no longer be claimed as a dependent, they’ll face the complicated tax code and the onus of filing with the IRS yearly. While it can be tempting to fudge taxes (or even not pay them), getting audited by the IRS is not something anyone wants to experience.”

$4.2 Trillion Down the Drain

Choosing to sell pirated works or counterfeit goods is unethical and illegal; it also could result in fines or imprisonment.

Counterfeit goods such as handbags, jewelry or clothing are imitations that are sold under a brand’s name without permission. Counterfeiting is different from selling knockoffs, which just look like products made by popular brands.

Piracy involves illegally reproducing and/or sharing original content such as downloaded music and movies, which violates copyright laws. Even filming your favorite band at a live concert without permission can be illegal.

“Teens are easily influenced, and this leads to poor decision making, which could include illegal money-earning activities. But they don’t always realize that the consequences can cause greater problems in the future, especially regarding career opportunities,” says Manning.

Purchasing fake and pirated items infringes on the owners’ intellectual property rights and can contribute to workers losing jobs. You’re also helping criminal enterprises succeed. So the next time you’re tempted to send a copy of a song you bought online to a friend, burn copies of a DVD to give as gifts, or purchase fake designer goods from street vendors, you may want to consider the true cost of your decision.

“When you have limited access to funds, whether part-time work or an allowance, cheaper always seems better. However, often a lot of cheap goods come at a larger ethical price,” warns McDermott. “By purchasing items without understanding their origin, you could be supporting industries that promote underpaid labor, terrible working conditions and questionable supply chains. In order to shop ethically, you need to become educated in where the things you buy come from.”

Money wields power for both good and evil. Adjusting your lens as you think about decisions involving money can help you navigate this sometimes slippery slope. When making ethical decisions related to money and other areas, Charles Read, CEO of GetPayroll, a financial services business in Texas, offers the following advice: “Truly ethical behavior can be expressed as Rotary International does in a test. (1) Is it the truth? (2) Is it fair to all concerned? (3) Will it build good and better relationships? (4) Will it be beneficial to all concerned? If students ask themselves these four questions each time they are about to make a financial decision, they will make an ethical decision.”

Have you ever been confronted with any of the financial dilemmas featured in this article? Possibly others that are not cited? Share your story in the Comments section of this article or in the Facebook article thread at https://www.facebook.com/whartonhs.

Adults often think that TV shows like “Real Housewives” and “Keeping Up with the Kardashians” negatively impact young people’s financial expectations and ethics. Do you agree or disagree with this? Do you feel entitled to a life of wealth? Why or why not?

What do you feel has the greatest influence on your financial values? What shapes your decision-making when it comes to money?

19 comments on “It’s Tempting, but Is It Ethical?”

Big Data and Your Future as a Data Scientist