Behind the Blue Chips of the Dow Jones Industrial Average

This week the Dow Jones Industrial Average stock index got more ink than usual with the announcement that three companies will be losing their exclusive membership and that three new stocks will be added on September 23. What is the DJIA and what is the significance of these latest moves?…Read More 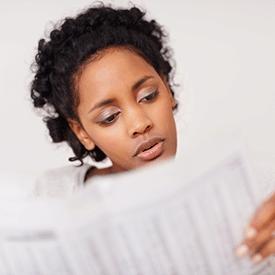 The papers and news stations recently reported that stocks were off to a weak start on Wall Street as a rally began losing steam. But then: “Dow Closes Nearly 300 Points Higher After a Late-day Surge.”

The Dow Jones Industrial Average or DJIA is the revered veteran of financial reports; the old reliable of the major U.S. stock indices. Chances are you’ve heard and read reports of its rise and fall many times on the Internet, the radio, the evening news and in the newspaper. A stock index of some 30 publicly traded U.S. companies (Blue Chip Stock) that are thought to be leaders in their industries, the DJIA is a favorite index among financial reporters and market watchers alike because it is meant to measure the strength and weakness of the entire stock market.

The DJIA – also referred to as “The Dow” – drops members and gets new members from time to time, all the while maintaining its image as an elite band of companies that trade on the New York Stock Exchange and NASDAQ. As of early April, 2020, the makeup of the DJIA had changed 54 times since its inception 124 years earlier.

What’s the significance of the comings and goings of Dow members? While these decisions are somewhat subjective on the part of the index editors because there are no pre-determined criteria for a stock to be added or deleted, the arrival of new companies does provide some insight into the U.S. economy.

First, though, it helps to understand a few Dow basics. The index, which began in 1896 with 12 industrial stocks – stocks of companies that manufactured products – now includes 30 stocks from high-profile American companies in a variety of industries, from manufacturing to entertainment and information technology. As of July 2020, companies in The Dow included Apple, American Express, Boeing, Caterpillar, Chevron, Cisco Systems, Coca-Cola, Dow, ExxonMobil, Goldman Sachs, The Home Depot, IBM, Microsoft, McDonald’s, Nike, Procter & Gamble and Wal-Mart.

“You are a bona fide blue-chip stock when you are in the Dow Jones 30,” notes Robert Stambaugh, a Wharton professor of finance. “It lends cache and star quality to a company to be in The Dow. The companies they have put in over the years have had recent upward movement and have increased their prominence in the economy and in their sectors.”

The Dow average has seen lots of movement in recent years. The Dow Jones all-time high of 29,551.42 was reached on Feb. 12, 2020, a result of the longest bull market in history. The biggest cumulative loss suffered by the DJIA was during the Great Depression, when it lost nearly 90% of its value between 1929 and 1932.

Stambaugh, who teaches finance to undergrads at Wharton, is often surprised by how few of his students understand the math behind the DJIA. A stock index is a method of measuring the value of a section of the stock market. Other indices include the S&P 500 and the Russell 3000. The Dow index is the sum of its 30 stock prices divided by a number, which is known as the divisor.

However, the addition of new stocks with varying stock prices does not change the value of the index. “Every time there is a change in terms of an addition or subtraction of stocks, or a stock in the index splits so that its price is dropped in half, they have to adjust the divisor,” notes Stambaugh. “By adjusting the divisor, the overall index is not affected.”

And speaking of numbers, some have questioned why the DJIA continually takes a pass on adding some of the country’s largest businesses, like Google and Amazon. “Companies like Google are excluded because of their share prices,” says Stambaugh. “A stock that has a very high price will end up dominating movements in the index. If you put a very high-priced stock in the index, then the day-to-day up and down movements would reflect largely the movements of this very high stock.” On July 24, 2020, for example, the stock of Google’s parent company Alphabet closed at $1,508.21 per share.

The makeup of DJIA stocks does, however, reflect trends in the economy. For example, the arrival of Goldman Sachs, Nike and Visa to the DJIA in 2013 stressed a shift toward financial services, suggests Stambaugh. “They tilted the index more toward financials. It’s called the Dow Jones Industrial index, but if you look at what they did, two of the companies they tossed out, HP and Alcoa, actually make things and sell them. They replaced those with Goldman, Visa and Nike. Goldman and Visa are financial services firms and Nike makes stuff and sells it. This reflects that financial-services firms have a bigger presence in our U.S. economy.”

Will Tesla, the American electric vehicle manufacturer run by Elon Musk, make it into the Dow? Some are lobbying hard for this addition. Only time will tell. While real money managers often prefer to use other indices as their benchmarks of investment performance, The DJIA will continue to be a stalwart symbol of Wall Street. “Its popularity stems from the fact that it is the oldest, best-known index, and the popular press tends to quote it first,” says Stambaugh. It will forever be considered the barometer of America’s stock market.

What is the Dow Jones Industrial Average?

Why did The Dow get more ink than usual this week?

What is the significance of the announced changes to The Dow?