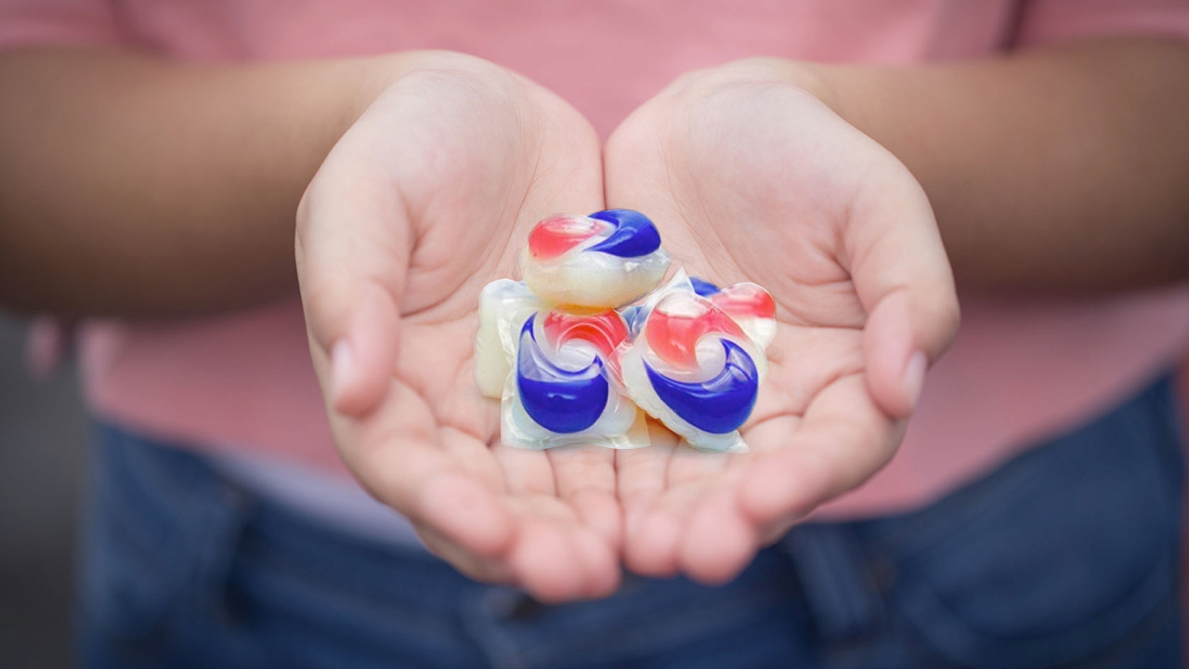 You’ve probably heard about it – maybe even done it: the Tide pod challenge. When Tide and other detergent manufacturers developed colorful, convenient pods designed to be tossed in washing machines and dishwashers, they never expected teenagers would try to eat the products. But what was dubbed the Tide pod challenge quickly went viral, with teens posting videos of themselves spewing soap across social media channels.

The American Association of Poison Control Centers last year reported 220 teens were exposed to the toxic pods, and about 130 cases have been reported so far in 2018. The dangerous debacle has created a different kind of challenge for Procter & Gamble, which makes Tide pods. The company’s swift, multipronged response offers a case study in brand crisis management.

Knowledge@Wharton invited Americus Reed, Wharton marketing professor, Robert Field, professor of law and health management and policy at Drexel University, and Jen Golbeck, professor and director of the Social Intelligence Lab at the University of Maryland, to analyze P&G’s playbook. The following are five key points from their conversation.

The professors each repeated a single word to describe the Tide pod challenge: stupid. “It’s remarkable but not super shocking. Kids do dumb stuff,” Reed said. In fact, teens have always done dumb stuff. But only this generation has had the opportunity to showcase its stupidity on social media.

“Everybody has a mobile phone, and it’s super easy to post stuff on social media, and suddenly this stupid stuff that kids may have been doing anyway becomes more visible,” Golbeck said.

Field agreed, saying the allure of social media is irresistible to most young people.

“Kids always do dumb stuff,” he said. “Look at skateboarders, look at drag racing, look at some of the other things they do. But this way you can become an instant celebrity by showing how stupid you are, and celebrity is a big draw.”

There are a few positive examples of internet peer pressure, such as the 2014 ice bucket challenge that raised awareness about Lou Gehrig’s Disease (ALS). But the internet creates a different kind of peer pressure that doesn’t come from friends or classmates. “It’s got to be intoxicating as a teenager to have 20,000 people look at you and the thing that you did,” Golbeck said. “There is this pressure and this responding desire to get positive feedback, to get attention — exactly the same mechanism that we see working in traditional, face-to-face peer pressure. But now you have this much bigger audience and the opportunity to get a lot more attention, and that makes it easy for these sorts of stupid activities to spread.”

The Right Message at the Right Time

Reed gives the company top marks for how it has handled the Tide pod challenge. He said the brand has been proactive from the start. When the pods were first introduced, there were hundreds of cases of toddlers ingesting them. Tide coated the pods with a bitter taste and changed the packaging to make it harder for small hands to open. He said the company has been just as proactive with this latest problem. “It’s terrible for the brand in some senses, but I think the protection that Tide is putting out there is that they’ve been very clear in their communications with consumers that, ‘We don’t at all condone this. Please do not do this,'” Reed said. “I think from a marketing perspective, it’s a little bit of the best of both worlds because you get to show that you’re responsible and a good citizen and that you care about your consumers, but that you also get some awareness from this as well. People are talking about it.”

Field recalled what happened in the early 1980s with Johnson & Johnson, which created tamper-resistant packaging for Tylenol after seven people in the Chicago area died from taking capsules that someone had laced with potassium cyanide. “Johnson & Johnson, through no fault of their own, saw their product used as a murder weapon. They launched a massive public relations campaign to separate themselves from that, to put tamper-proof containers out there and to try to educate the public and show that they were being good citizens doing everything they could,” he said. “It was predicted to have serious, even lethal consequences for the company, and they were able to turn things around. So, this isn’t the first time a major company has faced something like this. There is a path they can follow to make it clear to the public they’re not the bad guys.”

The professors think P&G has taken the right path so far, especially on social media. Golbeck said the company worked quickly with Youtube to remove the challenge videos, and it has used social media to establish two-way communication with consumers. “They have created really good-looking social media content for this, which is an important part,” Golbeck said. “You don’t just want a text-based tweet that’s like, ‘Hey, don’t do that.’ They have put together meme-looking, very attractive, kind of funny posts that they are able to share, that people can spread around. They are able to respond.”

For proof that the company’s constant messaging is working, just look on social media. You will now find plenty of memes, photos and gifs about the stupidity of the Tide pod challenge. Golbeck recalled seeing photos of a fresh pizza topped with Tide pods and the accompanying message that the recipient would eat that, too. “We obviously know that (eating pods) is stupid, but what we’re starting to see in the social media space is that the meme is shifting a bit, especially as it’s harder to get attention for actually eating them,” she said. “Now, a way for me to insult you is to suggest you might eat a Tide pod.”

Reed said the company was “very smart” to recruit peer-level influencers to deliver the message, such as New England Patriots tight end Rob Gronkowski. He appears in a video on Twitter, telling young people that pods are not for eating. “From the perspective of brand crisis assessment, I think Tide did everything that you’re supposed to do,” Reed said. “There are three things you’re supposed to do: You have to validate concerns. You have to show action. And you have to control the narrative.”

Field said P&G was also correct in not apologizing for the mistakes of consumers. “They validated public concerns, yet made it clear they don’t consider themselves responsible,” he said. “It’s definitely the way to go, both in terms of public relations and legally.”

If any legal implications exist for P&G, someone could claim that the company made the pods too attractive. But that brings the professors back to the burden that consumers, especially teens, bear for their own behavior. “Absolutely, it’s up to the parents,” Field said. “We’ve been seeing since the birth of the internet the problem of kids doing things that they shouldn’t do online — contacting strangers, viewing pornography. I don’t think we imagined that they would be finding ways of harming themselves and almost killing themselves, so the need to monitor is taking on a more urgent tone now.”

Unlike product liability cases involving tobacco and asbestos, the company has not been trying to conceal the dangers of detergent. “And they don’t rely on teenagers eating the pods for a major source of revenue,” Field said, jokingly.

Added Reed: “At some point you just have to say, ‘People are stupid.’ What am I supposed to do if I’m Tide? I can’t control everything. You can’t say, ‘Don’t make a pretty product because people might eat them.’ I don’t think anyone would make the argument that Tide did something that was intentionally at fault here in terms of negligence. It’s just one of those things that happened. We’ve just got to hope that these kids get bored with this and go on to something else.”

The Tide case brings up an interesting question about the role of social media companies in such issues. Golbeck said the quick response from Youtube and others likely would not have happened a few years ago, and she credits the hot-button issue of Russian election tampering with bringing the problem to the forefront. “I think this is a result of the last election, that there is a lot of awareness among these companies that they have some responsibility for the content that they’re seeing,” she said. “I would like to think some of it is feeling a moral responsibility, but also they are seeing the potential that there could be financial liability there. I wouldn’t put it past someone to sue Youtube for allowing those kinds of videos to spread and not taking any action if they were harmed. I’m not saying they have legal responsibility, but that’s the kind of thing companies have to take into consideration now.”

From a legal point of view, Field said, social media platforms are more at risk than companies like P&G because their business goal is “to get eyeballs, to get views.” He thinks if they don’t start behaving more responsibly, there is a greater chance for congressional scrutiny and regulation.

Golbeck noted that all sorts of illegal activities can be found on social media, including videos of people taking drugs. If social media channels are going to get better about blocking that kind of content, they are going to need better automation and more humans to help review it. “That’s a huge challenge,” she said. “It’s going to be interesting to see how it develops.”

In your opinion, why are some teens doing the Tide Pod Challenge? What does it say about your generation and the power of social media?

Do you have any personal connection to the Tide Pod Challenge? Would you be tempted to do it if someone dared you? Why or why not? Share your story in the comments section of this article.

How has Procter & Gamble handled this problem from a business perspective? Do you think the company has done enough? What else should companies be doing to protect and improve their products and their brand identities?

118 comments on “Companies Respond to the Tide Pod Challenge”

Understanding Risk and Return: The Roller Coaster Ride of Investing