Network Man: Behind the Scenes at Spike TV

Matt Califano has had a lifetime of jobs – and experience – during his past seven years working for MTV in New York City. Now the director of program scheduling for “Spike TV,” Califano is happy to admit that he is the only one of his friends who has stayed with the same company since graduating from college. What next? He hopes for more of the fun and challenging MTV culture – and maybe even another elevator ride with Adam Sandler.…Read More 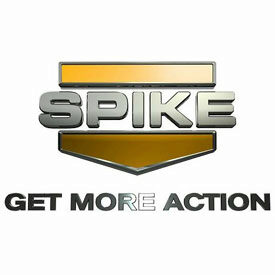 Matt Califano, 29, is director of program scheduling for Spike TV (now known as Spike), a division of MTV Networks in New York City that operates a cable television channel for 18- to 49-year-old males. Talk about the ultimate testosterone-filled job. Califano wants you to know that his days are filled with much more than bloody mixed martial arts matches and bizarre episodes of “1000 Ways to Die.” He talked with KWHS about how his MTV career, which started after he graduated from college, has taken him in many fascinating directions – all far from the “on air” lights.

Knowledge@Wharton High School: Did you set out to work in television?

Matt Califano: I went to Albright College in Reading, Pa., where I studied political science with a focus in international law and relations. I was thinking of going into an international law career – until I learned more about it. My senior year I had an internship as an investigator with the Public Defender Service in Washington, D.C. I struggled with the moral ambiguity of being a lawyer. I wasn’t OK with the fact that if you do a really good job as a prosecutor, you could be putting innocent people behind bars and if you do a really good job as a defender, you could be letting guilty people go free. I also spent a semester abroad through American University [in Washington, D.C.] and went to the Balkans to learn about non-governmental organizations (NGOs) and the peace process. I learned a lot, but I realized that to be truly effective I would have to live there. I wasn’t ready to pack up and move to Eastern Europe.

KWHS: How did you end up at MTV Networks?

Califano: When I graduated in 2003, I lived at home in New Jersey for two months and really wanted to get a job. A friend from college had a cousin who worked at MTV. If you referred someone you got $500, so it was in her best interest to refer me. I started off in the winter of 2004 at the lowest level as a department assistant, which is a step above the mailroom. I did a lot of office work — contract filing and mail runs. I also got to sit in on network meetings at MTV and learn what goes on from an operations standpoint.

KWHS: How did it feel to be working for MTV?

Califano: It was pretty cool. I was just out of college and I was working at 1515 Broadway in [Times Square] New York City. Every day at 5:00 p.m. the windowpanes would shake because the TRL [MTV music video show Total Request Live] crowd was downstairs. It was very cool to be at a big media company that is at the forefront of a lot of the culture of our country. MTV is a Fortune 500 business with [lawyers], contracts, ad sales, writers, promos, media planning, there’s so much more than that few minutes you see on-camera every day. Still, you see celebrities sometimes because that’s the business. I bumped into Adam Sandler in an elevator my third week on the job. I knew I wasn’t supposed to make a big deal about the talent, but it was cool.

KWHS: How did you get from the mailroom to director of program scheduling?

Califano: The people who moved up were the ones who learned as much as they could about the next level. From department assistant, I became a traffic assistant. Then after that I became a copy specialist for “TV Land.” After that I became a channel presentation specialist at “Nick Toons.” Then I went to supervisor of the operations team in “TV Land” and supervisor of the operations team for “Nick at Night.” Then I became manager of the “Spike TV” commercial operations team. I did that for three years and in November, I got a promotion to director of program scheduling at “Spike TV.”

I’m in charge of keeping a watch on the inventory that we have. Our VP gets to acquire certain shows and our LA office comes up with reality shows. We monitor all the programming contracts to make sure that they are well within our license and that we can run them. I manage our staff of scheduling coordinators.

A lot of the behind-the-scenes programming comes down to budget. For instance, you can have 10 episodes of this show for $1 million or you can get the entire catalog of show X for $200,000. You have to think, ‘Do I want to buy the more expensive show but I can only show it four times, or do I want to buy the less expensive show [where] I have unlimited plays and can make it work for as long as I want?’ It’s weighing how much something costs versus how it’s going to rate with viewers.

KWHS: Why do you think you have been able to move up at MTV?

Califano: You have to prove that you’re willing to outwork everyone else. Every time I went for a new job, I wanted my interviewer to know that I was going to work harder than anyone else they would see in that interview. I’ve also learned that if you can foster good relationships in your office no matter the circumstances, it benefits you in the long run.