ChilLAX, SparkHub and Other Innovations from Tomorrow’s Sports Business Leaders

You know how everyone advises you to do what you love when it comes to a career? Lots of people with a passion for sports have figured out ways to channel that energy into game-related endeavors off the field. A group of high school students from around the world spent a month in July 2011 learning about the sports business industry and developing their own company concepts to score big with fans and players online and off. …Read More 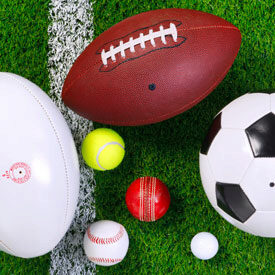 An avid lacrosse fan, Kai Cunningham, 17, realizes that being a pro athlete is not the only way to make a mark in the sports industry. Cunningham was among the 60 sports enthusiasts who took part in the first annual Wharton Sports Business Academy held on the Wharton campus in July 2011. Attracting rising high school juniors and seniors from across the U.S. as well as India, France and Italy, the one-month program provided students with the ins and outs of the sports business industry. Students working in teams of seven had to come up with mock sports ventures of their own. They presented their business plans to program coordinators at the end of July.

It didn’t take long for Cunningham to turn his love of lacrosse into a potential business. He and his teammates developed ChilLAX, a large-scale lacrosse center in the Baltimore area that creates player leagues, hosts lessons and matches and operates its own pro shop. Behind the motivation for ChilLAX and its location, said Cunningham, who attends McDonough School in Owings Mill, Md., is lacrosse’s growing popularity and the fact that 11 of the ESPN RISE top 50 high school lacrosse teams are from Maryland.

‘You Can’t Get Any Bigger than That’
Cunningham’s teammate, Andrew Zung, 16, said he now understands that it takes hard work and often 18-hour days to be successful in the sports business industry. A native of Holland, Pa., where he is president of the Future Business Leaders of America chapter at Council Rock High School South, Zung noted that while the pay may not be great initially (especially in comparison to pro athlete salaries), if you keep working at it, success will come. “It feels good to know that you can still be helping the team, even though you’re not actually playing the sport,” he added.

Another group of students in the program developed a plan for Athletics Abroad, a website for athletes around the world to post videos and information about themselves that can be viewed by professional sports scouting agents. David Rifkin, 17, a student at Glastonbury High School in Connecticut, said his team wanted to use an online platform to showcase athletes in an innovative way. Scouting is typically done individually by specific teams, and it is hard for good players in smaller markets, especially in foreign countries, to get noticed. “Our international scouting database encompasses all athletes, all around the world and in every single sport. You can’t get any bigger than that,” Rifkin said.

In its company pitch, the team highlighted its growth strategy, which targets South America, Asia and Europe in year one, and Australia and Africa in the second year. Athletics Abroad will make money by charging athletes $10 a year to join, while providing financial aid to those players in developing countries who may not be able to pay the fees. The company also plans to generate income through online advertising.

Rifkin’s teammate, Kofie Yeboah, 15, who attends Ravenscroft School in Raleigh, N.C., managed the design of the website and company logo. “If Facebook were a country, it would be the fifth largest in the world. Why not have ads on it?” he said. He also pointed to popular global international social networking sites, such as Orkut, that are critical to the business’s global marketing strategy.

Another team, Eleshel, worked to design cup holders for stadium seating. The team came up with the idea while brainstorming ways to improve the stadium experience, starting with the inconvenience of warm beverages. Kelly Alliegro, 16, of Santa Monica High School in California, noted that the team wanted to target the sports industry fan base. “We learned that there is a trend in stadiums, so if one does something cool, the others have to get it; it’s a huge market,” she said. Teammate Malvika Nagpal, 16, who attends the American Embassy School in New Delhi, India, added, “We had to work out kinks in our core design and look at the concession sales market.”

A Better Game-day Experience
Michael Levin, 17, from Isidore Newman School in New Orleans, La., said that the Wharton Sports Business Academy opened his eyes to the importance of marketing yourself, making connections and securing summer internships. “There are many aspects of the sports industry that are equally exciting, including operations, marketing and advertising. They are all interesting and allow you to be heavily involved with teams and sports,” he noted.

Levin and his team designed the SparkHub, an interactive screen permanently mounted into stadium seats to improve the game-day experience. It includes such features as instant replay, fantasy league updates, exclusive team content and social networking within the stadium.

Levin’s teammate Joshua Rosen, 17, a student at Horace Greeley High School in Chappaqua, N.Y., pointed out that Major League Baseball and the National Football League have been suffering from decreasing annual attendance. “It isn’t just because of the economy; it is because many people enjoy a clearer view at home than they would on the upper deck of a stadium,” he noted. His team believes that SparkHub can revolutionize the way stadium fans experience the game.

After his summer Wharton Sports Business experience, Rosen understood what it would take to turn his passion for sports into a career. “Being obsessed with sports isn’t enough for someone to say they want to hire you. You have to have skills like marketing, finance and public relations that can separate you from other people,” he said.