Consulting: Where the Client Is King

This past summer John Matley, a consultant at PricewaterhouseCoopers in New York City, spoke about his consulting job to rising high school seniors attending Wharton's Leadership in the Business World summer program. Long travel assignments, trusted advice and team building are just a few of the highlights from a career where Matley says the path is always changing. …Read More 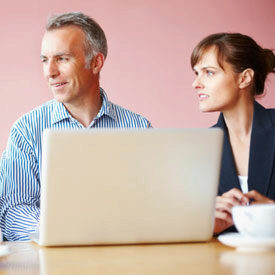 For John Matley, a career in consulting has led him to spend long stretches in India, Costa Rica and Indianapolis where he has learned to understand and enjoy new cultures and experiences. Matley, a consultant at PricewaterhouseCoopers in New York City, spoke to the Leadership in the Business World summer program for rising high school seniors at Wharton about his career.

In India, Matley once made what he considered a routine request. He asked his team to read and review some documents over the weekend to prepare for a Monday meeting. However, he met resistance, not realizing that in India weekends are set aside strictly for time with family. “When we weren’t prepared for that meeting on Monday, I had to understand the cultural norm that I had overstepped and get on the same page with my team,” Matley recalled.

Even the best management teams in big companies don’t always have all the answers. When a company needs help working through a difficult problem, it hires a consulting firm to come up with new strategies and solutions. A career in consulting requires flexibility, good communication skills and the ability to work in teams, Matley told the students. “As a consultant, I’m always learning new things. No two projects are the same. The path is always changing,” he said. Matley’s specialty is working on large information technology (IT) systems for major insurance companies.

No matter what he might have planned, when the client calls, a consultant responds. “Your client is your Number One focus,” Matley stressed. Matley spends 80% to 90% of his time traveling to client locations. “Some of them are cool. Some of them are not so cool,” he said.

Matley pointed out that any career that involves travel can test the balance between work and personal life. He and his wife have been married for a year and a half, but dated from the time he began traveling heavily seven years ago. They have found that the separations are easier when she comes to visit Matley at his assignment early on so she can visualize where he is and understand his client’s needs throughout the assignment. “The key is to always, no matter how busy we get in our own careers, make time to connect and have meaningful conversations every day,” he added.

Looking to the Future

Matley, who completed Wharton’s undergraduate program in 2002, says his interest in consulting stems from his freshman year Management 100 course. He liked the class so much he went on to work with his professor as a teaching assistant. In contrast to the highly targeted skills he was learning in many of his other courses at Wharton, such as finance and accounting, Matley said he liked the “soft skills” in management. The course focused on management issues such as building teams and constructing messages to reach a targeted audience. “That’s 100% of what I do today,” said Matley.

His father was a consultant, but Matley had little idea about what the job involved while he was growing up in Connecticut. In high school, Matley was a student government leader. When he graduated from Wharton, Matley wanted to give consulting a try, but the economy was weak and it was difficult to find a consulting job. Instead, he became a business analyst, then joined a technology consulting firm BearingPoint, before coming to PricewaterhouseCoopers.

PricewaterhouseCoopers is a major accounting and audit firm that also offers consulting services. Usually Matley works with the top levels of management at companies that hire his firm. “I’m there to support higher-level thinking on how systems will look in the future,” according to Matley. He added that developing long-term strategy for his clients is one of the things he likes most about his job.

While he works in information technology, Matley does not write computer code. Matley’s job is to look at the larger picture and make sure a client’s computer systems are designed to help the company achieve its business goals. In order to provide that type of advice, Matley has become an expert in the insurance industry. “It’s just something I fell into. I didn’t expect to become an insurance IT consultant. It just happened to me. That’s the way it works.”

Consulting salaries can vary widely between companies and different types of consulting. Professionals in the industry can stay on top of salaries and opportunities through sites such as vault.com or by maintaining connections onLlinkedIn. “I think the biggest key is to find something you like to do — and the money will come,” Matley advises. He notes that he has some friends from college who initially took the highest paying, most prestigious jobs they could, and have since shifted careers to pursue fields they love. “If you actually like what you are doing, you will probably be more successful at it,” Matley noted.

Matley explained that consultants gain expertise in various industries by working with many different clients. Along the way, they learn a lot about the business they are consulting in, and their wide experience across many companies benefits each client. However, he noted that consultants are careful not to divulge any knowledge about one client to another who may be a competitor.

Sometimes, he said, the client company may already know what it must do, but has difficulty articulating the solution and getting different parts of the organization to pursue the plan. Sometimes PWC generates the solutions other times it’s 50-50 between consultants and clients. Often a client has a good idea but needs outside validation. “No two projects, clients or situations are alike,” Matley noted. “That makes me feel like I am always learning and driving solutions that are different.”

Matley told the students that there really is no typical day for a consultant. One day he may be working in his office, or have a meeting with his own boss. Other days, he is away at the offices of a client, helping to work through problems onsite. Some weeks he works 45 hours. Others are more like 70 to 80 hours. Often he has the freedom to design his own schedule, said Matley: “There’s a lot of flexibility, which I really like.”