Warby Parker created a unique business model that provides customers with a fun and easy way to buy quality, stylish prescription eyeglasses online for $95 – compared to $300-plus for glasses sold by most optical shops. Zac Schwartz, a summer intern at the company, is learning smart retail strategies that influence brand awareness, customer service and social entrepreneurship. …Read More 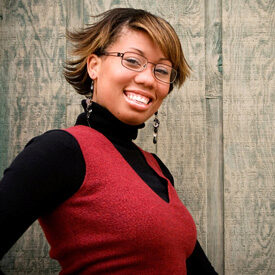 Until this summer, 19-year-old Zac Schwartz’s retail expertise came only from shopping in his hometown of New York City. But thanks to an unexpected summer internship with the new, hip Manhattan-based online prescription eyeglass retailer Warby Parker, he is getting a closer look at what it takes to run a successful retail business. “The biggest thing I’ve learned so far is the importance of customer service,” says the soon-to-be junior at Tufts University in Medford, Mass. “As a retail worker, I serve as a face of the brand and have a direct impact on the company’s success.”

It was this philosophy of absolute customer service upon which Warby Parker was founded a year and a half ago by four friends at The Wharton School, University of Pennsylvania in Philadelphia, Pa. “We put ourselves in the customers’ shoes,” says Neil Blumenthal, who co-founded the company along with David Gilboa, Andrew Hunt and Jeffrey Raider. “None of us were retail experts, so we simply focused on treating people the way we like to be treated while shopping.”

As a result, the foursome created a unique business model that provides customers with a fun and easy way to buy quality, stylish prescription eyeglasses online for $95 – compared to $300-plus for glasses sold by most optical shops.

27 Frames and a Monocle

Schwartz often gets asked how Warby Parker (named for characters created by pop culture icon Jack Kerouac) can sell prescription glasses at such a reduced price. The secret, he says, is in its web-based sales approach, which allows the company to sell its own designs directly to consumers, rather than work through a middleman — a go-between who buys from manufacturers and sells to retailers. What’s more, retailers typically buy glasses from large companies that manufacture brands such as Prada, Ralph Lauren and Gucci, and then mark them up an additional three times before selling them to customers. “We create our own designs, use high-quality materials and use the same manufacturers as the big companies, but we can sell glasses for less because we don’t have to pay the licensing fees [to the big-name eyeglass makers like Ralph Lauren],” adds Blumenthal.

To date, the company – referred to by GQ Magazine in March 2010 as “the Netflix of eyewear” — has sold some 60,000 pairs of glasses and has expanded its staff to nearly 50 employees. Customers, both men and women, can choose from 27 frames in an assortment of styles and colors. They also sell a monocle (as worn by Batman’s nemesis The Penguin).

“I don’t go anywhere without wearing my Warbys,” says Schwartz, who also happens to be the company’s target consumer. “I’m a college student who wants to look stylish, but can’t afford a $500 pair of glasses.”

Recognizing that it made a lot of sense to use young people like Schwartz to market its products, the company recently began a brand ambassador program involving some 100 unpaid promoters who each get a free pair of glasses and a discount code to share with friends.

“This is a really smart retail strategy because it gets the product out in front of people by giving it to individuals who will be influencers,” says Deborah Mitchell, executive director of the Center for Brand and Product Management at the University of Wisconsin-Madison. “It’s also a great way to establish brand recognition by leveraging social relationships. When people think about hip eyeglasses, Warby Parker wants to be the first name that pops into their heads.”

In addition to answering customer questions, processing orders and talking to optometrists about prescription issues, Schwartz also works in Warby Parker’s New York showroom, one of several around the country where customers can try on glasses before ordering online. “Seeing how they look in the glasses is really important to people,” says Schwartz. “I love interacting with customers and offering my advice on which ones look best.”

‘Putting the Fun in the Hands of the Consumer’

Because shopping for glasses is inherently social, Blumenthal says the company incorporated some engaging e-commerce (online selling) features. For example, a facial recognition technology on the website allows shoppers to upload a photo of themselves and try on glasses virtually. In addition, customers can sign up for the home try-on program, which mails out five loaner frames. “A lot of our customers will actually post photos on our Facebook page in order to get feedback on which [glasses] look best,” says Blumenthal. “We’re all about putting the decision making and the fun in the hands of the consumer.”

For Schwartz, who recently returned from volunteering at an orphanage in Rwanda, Warby Parker’s social mission was a big selling point in accepting the summer internship. Through its “Buy a Pair, Give a Pair” program, every time the company sells a pair of Warby Parkers, it also helps someone in need buy a new pair of glasses through non-profit organizations like VisionSpring. “The really smart retailer understands what resonates with their consumers and what gets them excited and how they can provide it,” says Mitchell. “Consumers like knowing that in some way their purchase is making the world a better place.”

While Schwartz originally looked at his Warby Parker internship as a great opportunity to observe a growing company, it has evolved into so much more. “The experience has empowered me and opened my eyes to all I can accomplish,” says Schwartz, who is studying economics and entrepreneurship at Tufts. “I’d love to open a company like Warby Parker some day.

How is Warby Parker a great example of innovation?

How does Warby Parker sell prescription glasses at such a reduced price?

How to Network Online with Influential People