The Value of Intellectual Property

In the world of intellectual property, people and businesses have the right to protect what they create. A newly published report says the U.S. Patent and Trademark Office granted 300,678 new patents in 2014, an 8% rise over the previous year. Meanwhile, a patent-infringement case just launched by Jawbone against Fitbit promises to escalate. Yes, our ideas have value -- but how far should we go to defend them?…Read More 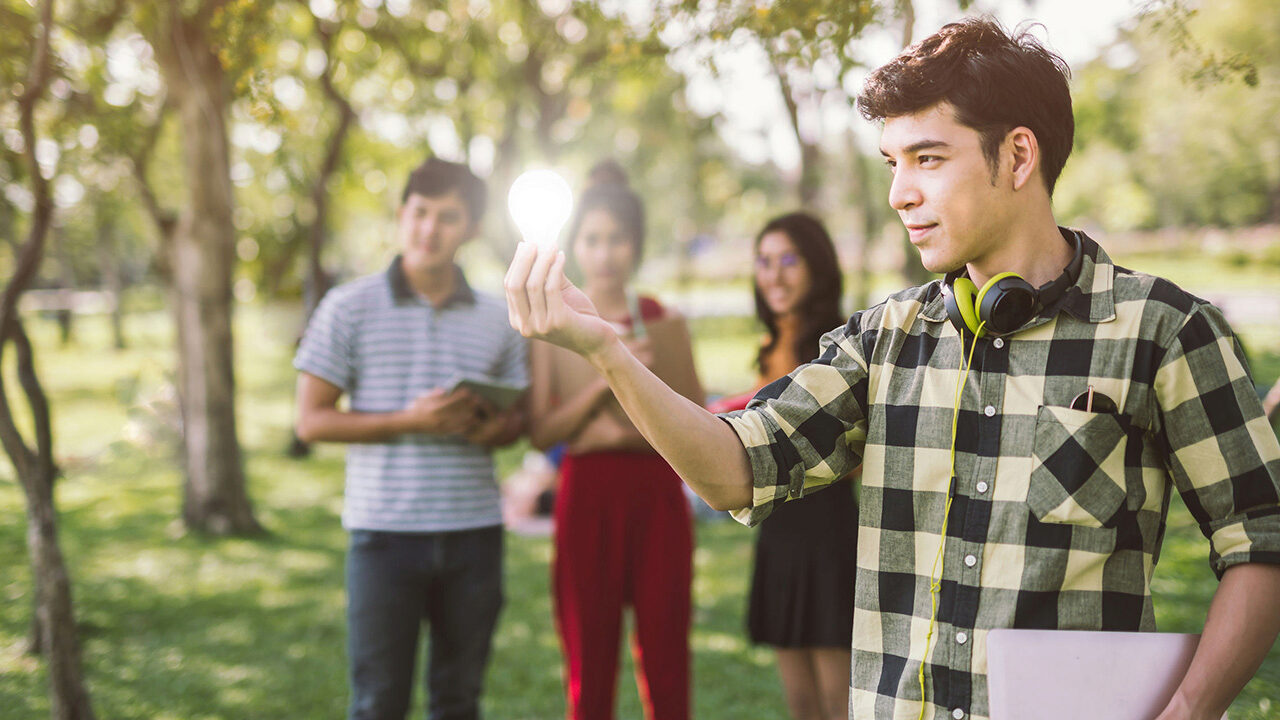 While many high school students around the country were preparing for exams and graduation in recent weeks, students in Barrington High School’s business incubator startup class were pitching business ideas to local investors and learning some valuable insights about business.

Fallyn Mireault, a junior at the Barrington, Illinois, high school, was part of a team that developed an app named Tract to help restaurants better organize and track food delivery. “One of my favorite things to learn was about intellectual property,” notes Mireault. “I didn’t realize how much coverage a business needs in order to keep their ideas from being dispersed.”

During the semester, guest speakers presented lessons to the students on various aspects of business and entrepreneurship, including marketing, accounting, human resources and the legal aspects of running a business. The intellectual property lawyer who spoke to Mireault’s class emphasized the importance of protecting business ideas with a patent in order to guard against competitors and ultimately ensure a successful, profitable venture.

Intellectual property – a.k.a. IP – refers to original creations by a person or a company, such as inventions, discoveries, artwork, literary works, images and so on. IP is also an area of law that protects the rights of the people and the businesses that create these original works. You can legally protect your intellectual property in three ways: copyrights, patents and trademarks. In particular, a patent excludes others from making, using, offering for sale or selling the invention or importing the invention. This is especially valuable to businesses, because patents allow them to protect the competitive advantage that comes as a direct result of creating a unique and innovative product.

This week, the Intellectual Property Owners Association, a trade association representing companies and individuals in all industries and fields of technology who own or are interested in intellectual property rights, announced the publication of its “2014 Top 300 Patent Owners List.” The list reports the 300 organizations that received the most utility patents from the United States Patent and Trademark Office (USPTO) last year. The total number of patents granted by the USPTO in 2014 was 300,678, an increase of 8% from 2013. The top four companies on the Top 300 List remained the same. In order, they are: IBM Corp. (7,481 patents), Samsung Electronics Co., Ltd. (4,936), Canon K.K. (4,172), and Sony Corp. (3,214). Thirty-nine companies received more than 1,000 patents in 2014.

In the business world, protecting patents and intellectual property can be a fierce endeavor. Take, for instance, Jawbone, a company that makes activity trackers, fitness bands and other wearable technologies. This month Jawbone filed a lawsuit against Fitbit, a company that makes similar technology, claiming that essentially all of Fitbit’s products violate patents belonging to jawbone. Patent infringement lawsuits are in motion worldwide, involving companies, their subsidiaries and competitors – all fighting for their intellectual property rights.

Patent litigation can also be a corporate strategy. Expensive patent lawsuits that can take years in court drain capital, distract competitors and potentially derail product plans. In a Knowledge@Wharton article about the smartphone patent battles that have long raged in the telecom tech market (linked below), Andrea Matwyshyn, a former professor of legal studies and business ethics at Wharton, noted “Litigation is a strategy established players use in addition to, and in place of, a product-focused market attack. For a smaller player, the cost of litigation is significant. A chilling effect can happen as lawsuits act as a tax on innovation for small players. If new entrants see entering a market that includes a litigation price tag, they will think twice.”

It is for this reason – and others – that many people are calling for patent reform, especially in the information technology market. Intellectual property and the rights that go with it are extremely valuable in the business world because many believe that they help to fuel innovation. Innovation is all about the flow of new ideas, the creation of new products and the growth and development of industries. In the end, consumers also benefit because they have more choice. And yet, as more patent lawsuits hit the courts, experts wonder if the protection of intellectual property has gone too far.

In an interview about one of the most high-profile patent cases in recent years between Apple and Samsung (linked below), Matwyshyn said, “Certainly in some cases, affording a patent holder the right to defend their created product means that perhaps more research and development will happen in some cases because companies and individuals will be motivated by the desire for financial gain and to be able to control the creations that they’re making. However, we also know from creativity theory research that many people create not because they’re seeking financial rewards; they create for other reasons. So [we need to explore] this bigger-picture question of what we’re trying to accomplish with our legal regimes and whether we’re accomplishing those goals.”

The essence of IP is that your original ideas have value. How far would you go to protect them? Where billions of dollars are at stake and the critical share of big markets, companies with deep resources stop at little to defend their patent rights. In its recent filing against Fitbit, Jawbone said that it plans to bring its patent-infringement complaints all the way to the International Trade Commission, which could lead to a ban on importing Fitbit products or component parts from other countries. Fitbit has responded to the lawsuit by saying it “independently developed and delivered innovative product offerings” and it plans to “vigorously defend itself against these allegations.” Stay tuned for another spirited court battle over IP.

What is intellectual property? Why is it so important to the business world?

Use this article as a springboard to research the debate over patent reform. Where do you fall on some aspects of this issue? For instance, do you feel the right to defend your IP actually fuels innovation or impedes it? Has litigation gone too far?

Jawbone’s patent-infringement lawsuit against Fitbit is one example. Research others. What companies and/or brands have filed recent lawsuits involving their IP?

Career Insight: Sachin Rekhi on Why You Shouldn’t Fear Rejection