On February 5, 2014, the University of Toledo attempted to get into the Guinness Book of World Records for the number of bow ties that were tied simultaneously. This quirky display no doubt captured the attention of one young entrepreneur in Memphis, Tenn., who has fastened – and fashioned -- his fair share of bow ties. Meet Moziah Bridges, the mastermind behind Mo’s Bows. …Read More 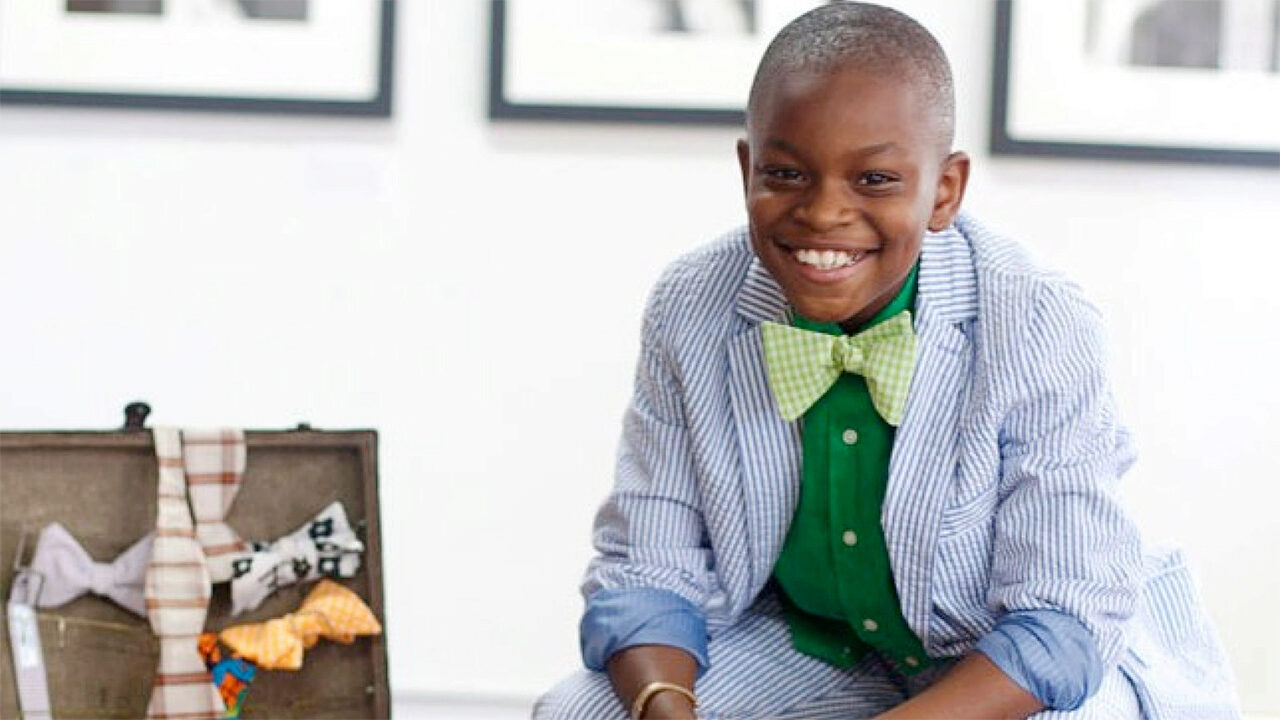 Update: Big news for Mo’s Bows, which recently signed an NBA licensing deal. Also, the company has reportedly had more than $700,000 in sales since 2011. Now 16 (2018), Mo hopes to attend New York’s Parsons School of Design and launch a full clothing line by the age of 20. Check out the Related Links tab for more details.

This week, record-setting was imbued with a touch of style. The University of Toledo attempted to get into the Guinness Book of World Records for the number of bow ties that were tied simultaneously. Employees of Dimension Data UK set a previous 2013 record, tying 417 bow ties in five minutes.

A Little Help from Grandma

Moziah “Mo” Bridges of Memphis, Tenn., no doubt takes a personal interest in the bow tie spectacle. While he has never made it into the Guinness Book of World Records, Bridges — who is 12 and in the sixth grade at Freedom Prep Academy — has graced the pages of Ebony, Forbes and The Huffington Post in recent months as the creator of Mo’s Bows, a unique line of fashionable bow ties that he designs himself. “I couldn’t find any other bow ties I liked,” says Bridges, who is also a jazz dancer. “So I asked my grandma to teach me how to sew.”

That skill, he says, gave rise to a successful entrepreneurial venture. Since launching Mo’s Bows three years ago, CEO Bridges has earned more than $30,000, according to an article last August in Forbes magazine. He sells his creations on the Etsy website, an online marketplace for handmade goods, as well as through boutiques in Tennessee, Alabama, Texas, Louisiana, South Carolina and Arkansas. And while he draws inspiration from famous designers like Ralph Lauren and FUBU founder Daymond John (think TV’s “Shark Tank”), Bridges credits his whole family with the process of making and promoting his bow ties. Dad wears suits and Mom pushes him to try new things and helps him “pick out fun fabrics.”

When Bridges is not busy attending school or doing homework, he and his family devote their time to crafting bow ties. Their task starts with finding fabrics from either Bridges’ grandmother or local high-end stores before they actually sit down to “cut, sew, turn and iron” each masterpiece. Then the next phase of production starts — selling the bowties, which retail for between $25 and $50 each.

Bridges’ mother, Tramica Morris, is the manager of his website and various social media accounts, while the owners of the boutiques are “people [he] knows well.” He attributes his success to the overwhelming support he receives from his family as well as customers who favor his handcrafted products. “It feels good to know people support me,” says Bridges. “It makes me feel appreciated and motivates me to keep making more bow ties.”

This question of motivation is critical to entrepreneurial success – so why does Bridges — along with countless other young, successful business people — seem to have a wellspring of drive and inspiration? Experts suggest that it is fueled by the creative process and nurtured by an unfettered spirit. “Usually by the age people graduate from high school, they already know they are an entrepreneur,” says Matt Draper, deputy director of the Shipley Center for Innovation at Clarkson University in Potsdam, N.Y. “High school [and even earlier] is the best time to come up with ideas because [students are not] jaded by society. On the innovation side, I get to meet with amazing college students and work with faculty on technology transfer all over the world. It’s outstanding. But every time their conversation starts with, ‘This is why it won’t work and these are the obstacles.’” Teenagers say, “‘What if?’ and to me that is so refreshing. From an innovation and entrepreneurship perspective, it’s probably the best time in their lives to pursue the idea because they are young enough to pursue the ‘What if?’”

‘The Man Behind The Bow Tie’

For Bridges, it is also about the person behind the product, or in his own words, “the man behind the bow tie.” It’s not enough to [entice] customers away from potential competitors by telling them that a bow tie is “fun or cool” or that they “need to upgrade their style.” It is also important, he says, to “carry yourself well in order to make a profit.”

Bridges does that by giving back to his community. He created the Go Mo! Scholarship Bow Tie and uses its proceeds to “help send kids to summer camp.” Bridges says he got the idea after witnessing kids getting into trouble and thought that by “helping them to go places,” he could eliminate some of their problems. He says he plans to help send more kids to summer camp in the future.

He also has plans to expand his business. He hopes to start his own clothing line by the time he is 20, designing “blazers, jackets and pants” in addition to bow ties. In addition, he is working on getting [his] bow ties into Macy’s department stores all across the U.S. And how does he plan to do that? “By just being me,” he says of his most trusted sales pitch. “And by telling [traditional neck tie enthusiasts like comedian Steve Harvey] to try something new.” Bridges appeared on the Steve Harvey talk show peddling his wares and proclaiming, “Bow ties make you look good and feel good.”

Bridges’ suggestion to kids who want to break into the business world: “Figure out what you like and how to make money with it.”  And then take a world’s-record-setting approach to making it happen.

Who is Moziah “Mo” Bridges?

Not many companies manufacture one fashion product like bow ties. What advantages does this create for Mo and his company? What disadvantages?

Why do you think Mo has become a successful entrepreneur even before he is a teenager? What qualities does an entrepreneur need in order to succeed?

Financial Ratios: Evaluating a Company’s Health and Worth