If you believe the statistics -- a more than 17% unemployment rate for 16- to 24-year-olds -- lining up a job this summer could be challenging. And yet, a new U.S. Department of Labor “Summer Jobs USA” campaign is motivating employers like UPS and Toyota to put America’s youth to work. Opportunities are available if you know where to look. …Read More 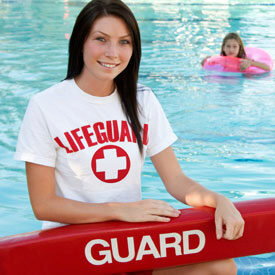 Working as a golf caddy wasn’t exactly the kind of summer job Kathryn Schultz, a teen from Woodstock, Ill., had pictured herself doing a few years back. “I always thought it was a boy’s job or that I had to know a lot about golf,” she says. “I had never even picked up a golf club.”

That was before she decided to step out of her comfort zone and apply for the caddy program at Crystal Lake Country Club in Illinois. Thanks to the club’s commitment to hiring and training young people even during the unstable economy, Schultz feels fortunate to be returning as a caddy for the sixth straight summer. “It’s a great job that fits my schedule,” says the 18-year-old. “I’m able to make my own hours, be outside, get lots of exercise and meet and work with great people. Plus, I’ve learned to be more responsible, to prioritize and to network with others.”

Schultz isn’t the only young person lucky enough to secure a summer job this year, despite reports of a more than 17% unemployment rate for 16- to 24-year-olds. The U.S. Department of Labor recently launched its “Summer Jobs USA” campaign with a goal of offering 100,000 jobs to young people this summer. Businesses nationwide, including golf course organizations like Crystal Lake Country Club, are joining forces to support the movement. “I always have jobs open for kids who show up dressed nicely, have good manners and present themselves professionally,” says Casey Brozek, head golf professional at Crystal Lake Country Club where nearly 100 positions are filled by teen workers each summer.

‘It Has Prepared Me for Future Jobs’

Although federal funding supporting many summer jobs has run out, Allison Davies, program director of WorkReady Pittsburgh, a program that connects youth with paid internships at city corporations, says that many efforts are still being organized to keep youth employed and engaged in valuable summer experiences. “My advice to teens looking for summer jobs is to contact as many organizations as they can, such as local workforce investment boards and chambers of commerce,” she says.

That’s how 18-year-old Kevin Turvey found out about the Summer Youth Initiative program offered through the Genesee Regional Chamber of Commerce in Michigan. As a result, he has been among more than 500 teens who have joined the program to find employment each year with area nonprofits and businesses. As a summer intern with the Food Bank of Eastern Mich., in Flint for the past four years, Turvey has served in various capacities, ranging from answering phones and working in the warehouse to pulling orders and driving a forklift. “It’s been an experience that has bettered me and prepared me for future jobs,” says Turvey, who will attend Ferris State University in Grand Rapids, Mich. in the fall where he plans to major in television and digital media.

With little work experience, minimal education and a real need to provide for his family, 20-year-old Darrion Dixon was excited to be accepted into UPS’s Louisville, Ky.,-based Summer Jobs Program. “It’s a great way for young people starting at age 17 to get their foot in the door,” says Ronna Charles Branch, public relations supervisor for UPS, a summer jobs campaign supporter that plans to hire 1,500 young people this summer in mostly part-time entry-level positions at 71 locations in 35 states. “Many of our senior managers started out as part-time package handlers, paying their way through college thanks to our education assistance program that pays up to $3,000 a year.”

Still in training, Dixon has ambitions of growing his career with UPS and possibly becoming one of the company’s next success stories. “I plan on giving all I got to this job,” he says. “I’ll try my best and give 110%.”

It is that kind of energy that Kiki Lorenz, college relations manager with Toyota Motor Sales in Torrance, Calif., says she enjoys most about hiring and working with young people. “Our summer interns bring a fresh perspective with them that helps change the way we look at things and the way we get things done,” she says. According to the Summer Jobs USA website, Toyota is planning to hire 200 undergraduate and graduate school summer interns across the country to support operations in areas such as engineering, call centers, finance, strategy, logistics, information systems, marketing and financial services.

Among those recent hires is Erika Molina, a student at the University of Wisconsin Madison. Despite having a strong background in previous summer jobs, the 20-year-old worried about finding an internship this summer. Not only are students getting more competitive, there are fewer jobs to compete for, she says. “You need to work hard and set yourself up for success so when an opportunity comes along, you are ready to take it. Don’t sell yourself short; if you want to work at Toyota, go for it.”

Schultz, the summer golf caddy, urges young people to consider jobs that can benefit them the most in the long run, even if it’s in an unfamiliar industry. For example, working as a caddy enabled her to apply for and win the Chick Evans Caddie Scholarship, a full tuition and housing grant awarded to deserving caddies. “Be open to trying new things, and do your research before you pass up an opportunity,” she says. “If I would have crossed off working as a caddy, I wouldn’t be where I am today.”

College relations manager Kiki Lorenz says, “Our summer interns bring a fresh perspective with them that helps change the way we look at things.” What fresh perspective might you bring to a summer opportunity? Start brainstorming ideas for bringing a teen perspective and skills into the workplace. How will you add value?