At the end of May 2011, one particular business headline referred to both private equity and pepperoni. California Pizza Kitchen, a restaurant chain, agreed to be acquired by private equity firm Golden Gate Capital for $470 million – yes, that’s a lot of dough. The students in Christina Feng’s business and entrepreneurship class at Martin Luther King Jr. High School of Arts and Technology in New York City were following this and other deals as they studied the big-money, fast-paced world of mergers and acquisitions – M&A for short. …Read More 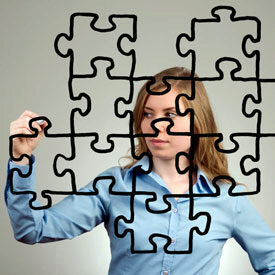 The fast-paced world of mergers and acquisitions is typically left up to Wall Street tycoons and financial wizards, but that didn’t stop 27 high school seniors in New York City from diving into the back stories of billion-dollar deals as a part of their class work.

The business and entrepreneurship class at Martin Luther King Jr. High School of Arts and Technology in Manhattan spent its time during the 2010-2011 school year studying how and why companies are bought and sold. The term for those activities is mergers and acquisitions, or M&A for short. M&A often involves big cash (Golden Gate Capital buys California Pizza Kitchen for $470 million), lots of negotiating between companies and careful thinking about how one business will fit well with another. It incorporates many different aspects of the business world. Companies will often consider buying other companies – and the customers and assets that come along with the deal — as a way to grow within their industry. Deals can also involve private equity firms — like Golden Gate Capital — which make investments directly into private companies or conduct buyouts of public companies that trade on the stock market.

M&A is a topic that is usually studied in college business classes, but teacher Christina Feng, 25, felt it was important to expose her students to the M&A industry a bit sooner. The financial crisis of the past few years showed her that students need to be learning about business before they move on from high school. Feng, through a business education program called Virtual Enterprises, set up a simulated company, Synergy M&A, to give her students the resources to study how businesses get bought and sold. “I thought about what would make business come to life,” she says. “I realized hundreds of M&As happen on a daily basis, but people don’t know about them. Learning how M&As work would really [help students] understand the business world.”

T-Mobile and Other Deal Details

Although some doubted a bunch of high schoolers could grasp the complexities of M&A — including Virtual Enterprises, which was reluctant to grant Feng the necessary virtual loan to get started with the program — Feng’s students took to it quickly, learning about concepts like stock ownership, discounted cash flow (a valuation method used to determine the attractiveness of an investment) and price-earnings ratio (a basic metric used to determine the value of a company’s stock).

The students examined the details behind several recent mergers, like the announced purchase of cell phone company T-Mobile by AT&T, and even did a mock purchase of The New York Times by Google to examine how factors like each company’s worth and what services they offer play into the transaction. They took a field trip to Google’s New York City headquarters to get a real-life perspective on their class assignment.

Student Theresa Freeman, 18, was on the Google side of the simulated transaction and said the negotiations were a tough sell for the faux New York Times crew. “People thought we shouldn’t pay this much for this business, but they had to understand that The New York Times has been growing and thriving for years,” she says. “They not only have history, but they have loyal customers. Even with the Internet, some people will keep buying the newspaper, so we had to look at the real-life aspects of that.” Adds Freeman: “They didn’t look at the fact that The New York Times owns businesses that could help Google. Nobody thought of that.”

During the year, the students were inspired in their studies by some Wall Street bigwigs who spoke to the class, such as Robert E. Diamond Jr., the chief executive of Barclays, a global financial services company. Robert F. Bruner, the dean of Darden School of Business, flew up from the University of Virginia to talk M&A and his book, “Deals from Hell: M&A Lessons that Rise Above the Ashes.”

Hector Cabrera, 18, says all the behind-the-scenes knowledge has given him a better understanding of how business can affect people’s lives. “To understand business is to understand your future. We need to understand what’s going on,” Cabrera says. “I think kids in high school should learn about [M&A and other things], especially if they want to go into business for themselves.”

A Future in Arts Management

Hearing all about the work that goes into buying a company has helped some of Feng’s students change their career paths. For example, Estevan Brown, 18, says he will be mixing his newfound business knowledge with his love of performing when he goes to school this fall at Purchase College, part of the State University of New York system. “I wanted to be a dancer or an actor,” he says. “But sooner or later, your body gives out. I’ll be better off going into the business aspect of it. I want to study arts management now, and I can really see myself creating my own dance studio or theater or even a club.”

For Cabrera, a year’s worth of studying M&A has led this future engineer to consider adding a few business classes to his college schedule. “I may want to start my own business and invest in some stocks a little,” he notes. “It’s great to know information like that. You can strike up a conversation about it; you can use your knowledge and invest wisely.”

Mountain Guides Teach Us About Leadership