Heinz Ketchup recently announced that its new “Dip and Squeeze” portable containers are now available in retail stores. The first major upgrade to those messy squeeze packets in 42 years, it offers an interesting study in consumer choice and marketing strategy. In this article from the Knowledge@Wharton Today blog, business experts take a look at the power of the packet -- in the hands of consumers and restaurant owners.…Read More 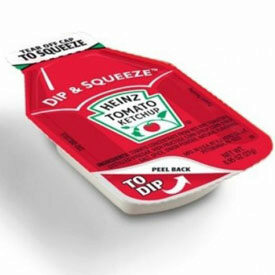 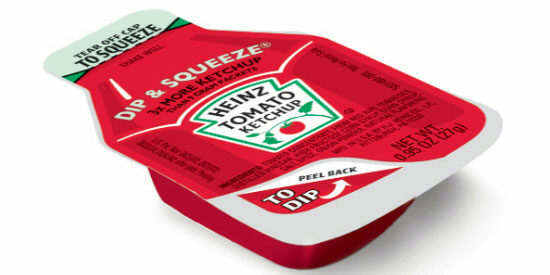 It is an exciting time for ketchup lovers everywhere. If you happened to be perusing Heinz Ketchup’s Facebook page last Friday, September 23, you might have seen this post referring to the company’s new portable ketchup pack design: “Hi Fans! We hope you have heard the news: Heinz® Dip & Squeeze® is now available in stores nationwide like Walmart, Target, Kroger and Safeway. The 10-pack is great for school lunches, family road trips and football tailgates. Where will you be dipping and squeezing this fall?”

The comments poured in over the next few days. “Love it!” gushed a fan. “Taking it tailgating at the Clemson Tigers football game today.” Still another said: “Thank you, Heinz. Finally a usable vehicle for America’s condiment.” And: “Whomever came up with this packaging idea should get a huge raise.”

How we buy – and use – our favorite consumer products is a big deal, and when innovation rocks tradition, people take notice. As the name indicates, the “Dip and Squeeze” containers, which allow customers to either squeeze out ketchup from one end, or peel back a corner for dipping. They hold about three times more ketchup than the rectangular squeeze packets, which Heinz began offering more than 42 years ago.

“The new Heinz package is a nice example of how innovation can transform even the most mundane product categories,” says Karl Ulrich, a professor of operations and information management at Wharton. “The existing ketchup packets are simultaneously one of the most ubiquitous products and one of the most annoying.”

In a story published in The Wall Street Journal, Heinz executives acknowledged that they have tried for years to come up with a ketchup packet design that was both cost effective and remedied consumers’ chief grievances with the original — that they were messy, difficult to open and didn’t contain enough ketchup.

The Heinz executives also detailed some of the more creative techniques used in designing the new container — including watching testers sitting in fake minivan interiors add ketchup to fries, burgers and chicken nuggets. In addition, Heinz vice president Mike Okoroafor purchased a used van so he could try out prototypes without splattering ketchup inside his own car.

Although the packets might be more user-friendly, they also cost Heinz more to produce and restaurants more to buy, according to the Journal article. That could make the “Dip and Squeeze” container a potentially tough sell. As fast food fans know, ketchup packets are typically provided for free, which means “cost is king” for chains that buy them, Amy Coltrin, senior director of product development for Heinz competitor Golden State Foods, told the WSJ.

According to Wharton marketing professor Jerry (Yoram) Wind, in order to get the full impact from the new containers, Heinz and restaurants have to incorporate them into their marketing strategies. “They should do a big event around it because it is improving the customer experience,” he notes. “They should give it out from behind the counter when they sell french fries. When employees [do this], they can start educating the consumer to use fewer” of them. If customers realize that it takes fewer of the new containers to provide enough ketchup for their meals, then offering the more expensive Dip and Squeeze packets becomes more economically viable for the businesses.

Ulrich notes that although cost is a key issue for fast food retailers, customer satisfaction ranks high on the list as well. “We already know that dipping sauces are commonly provided for free with chicken pieces, showing that retailers are willing to provide a relatively costly condiment package when the consumer benefits are clear.”

Describing the current ketchup user experience as “pretty awful,” Ulrich says that if the new Heinz containers are widely embraced as better than the original, some consumers may choose where to eat based on which chains are using them. “It’s not like the old pouches will be discontinued. Companies are free to offer whichever package they wish, so competition among rival chains will quickly determine which design provides the more profitable combination of consumer preferences and cost.”