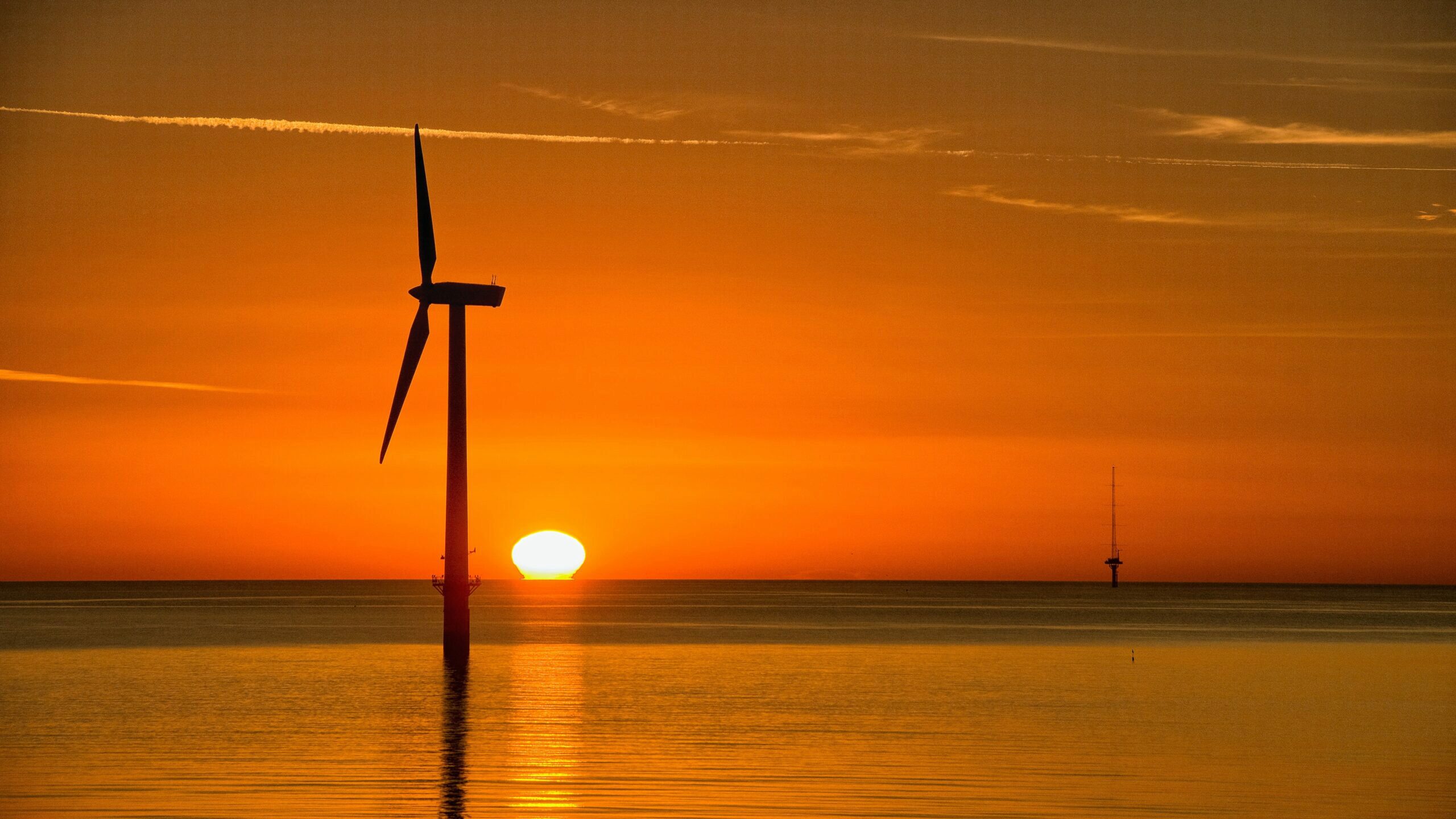 Arthur van Benthem, an associate professor of business economics and public policy at the Wharton School, University of Pennsylvania, co-leads Wharton’s Business, Climate and Environment (BCE) Lab. Launched in the summer of 2020 as part of Wharton’s Risk Management and Decision Processes Center, the BCE Lab brings together stakeholders from academia, government, communities and the private sector to design public and private-sector policies related to business and the environment in such areas as climate change, renewable energy, biodiversity, and more. Wharton Global Youth caught up with Professor van Benthem to discuss some of today’s most pressing environmental challenges through a business lens.

Wharton Global Youth Program: The homepage of the BCE Lab says, “Environmental degradation and climate change may be the largest failures of free private markets that the world has ever observed.” That’s a dramatic statement! How has business failed the natural world?

Arthur van Benthem: The world has been incredibly successful. If you look at the past 200 years and you look at GDP [Gross Domestic Product] growth, it’s been enormous. Not for everyone, but most people today enjoy a much higher standard of living than their grandparents. That’s a huge success by any standards. But, I think these official statistics are a bit misleading. They are only counting output or consumption, but they don’t take into account the losses in the natural world that have happened as a direct result of us increasing that consumption. What we’re seeing is that along with these record GDP levels and our six iPhones and iPads in every household, our forests and biodiversity are shrinking at a really alarming rate. Carbon emissions are leading to very costly disasters now — it’s no longer 50 years from now. I can just imagine how bad it could become in 50 years. It’s kind of an experiment with the planet where we take most of what’s left of the natural land and convert it into some sort of roads or cities. That’s an experiment we’ve never done before. Clearly, the markets that we had have not been able to prevent that. Governments and companies are working hard to change this, but I just wish it went a little bit faster.

Wharton Global Youth: We hear so much about the climate crisis, which is definitely an important issue for Gen Z. Where are we in this fight? Are we making real progress?

Van Benthem: We’re actually making quite good progress in the sense that a lot of governments and companies are now seeing climate change as one of the top areas of priority, which is very different than 10 or 20 years ago. At the same time the climate impacts seem to be more worrisome than we had predicted 20 years ago. If you look at the most pessimistic models from 20 years ago, the earth is actually warming faster than those. To call the scientific community alarmists doesn’t really resonate with me from that perspective. I am really quite inspired by what some governments are doing. The European Union – a large region of a half-billion people — is a phenomenal example where they have set themselves ever-increasing climate targets and are actually meeting those targets. And even though they are already doing much more than any country on Earth, they keep revising them upwards. You can say the same thing about certain states in the U.S., and Canada has reason for optimism. We’re seeing now that we can step up our game without going bankrupt. Europe still exists and it’s doing fine. But also the need to step up has grown.

“People need to take a broad view of what it means to be contributing to the environment. It may not always be in the places you think are the most obvious.”— Arthur van Benthem, Business, Climate and Environment Lab

Wharton Global Youth Program: While much of the focus is often directed at climate change, what are some of the other critical business-related environmental priorities and is progress being made?

Van Benthem: Renewable energy is a good one to start with. Over the last 10 years, the cost reductions for electricity generation for solar and wind have gone down spectacularly fast. Every year, we underestimate how much cheaper it’s going to get next year to the point where centralized solar in desert areas is now cheaper in many locations than fossil fuel generation, which is unbelievably exciting. The other example I could mention is offshore wind. People used to say that it was better wind quality than onshore, but it’s so expensive to build it. But the costs for offshore wind specifically have gone down spectacularly fast – 10% to 20% per year cost reductions for the last 10 years. We’re talking wind farms in the North Sea, and Europe and the U.S. Continental Shelf in New Jersey and Massachusetts. Partly because of innovations and partly driven by all kinds of incentives from states and the federal government, the amount of capital that is going to these markets is absolutely massive. Wharton students end up working for companies that build or otherwise invest in renewable energy, because they bring their expertise in operations or finance to the sector they’re passionate about. That is really great to see. When I started teaching nine years ago, everyone wanted to work in oil and gas investment banking. Now it’s hard to find an audience for people for the oil and gas sector. They all want to work at Tesla and solar companies. It’s been amazing to see how my best students go to these very impactful jobs.

Wharton Global Youth: How is business damaging the earth’s biodiversity?

Van Benthem: Very few companies realize how much of an impact they have on biodiversity. They have a whole supply chain and they buy steel and other inputs from other companies to end up producing their products. At the same time, there are stricter and stricter requirements for disclosure about how much carbon and how much other pollution and deforestation needed to happen to produce your products all the way down the supply chain. This is terribly difficult to measure. Wharton has an ESG (Environmental, Social & Governance) Analytics Lab that tries to make some progress on this. It’s unbelievably important for companies to look themselves in the mirror and not just say look what happens after the products arrive at their warehouse, but to fully incorporate the bigger environmental footprint. There’s more and more pressure from investors and environmentalist board members, and more regulation on this is expected. The need for companies to think more comprehensively about the full cost of producing is going to keep growing over time. It’s where knowledge from accounting and finance and traditional Wharton fields will be crucial to think of new ways to measure this full cost.

Van Benthem: When governments write regulation, they cite a lot of academic literature in the nitty-gritty details to justify whether some rule passes a cost-benefit test. I and my colleagues have been in touch with the Environmental Protection Agency (EPA), the Department of Justice and the State of California quite frequently over the years. They are interested to hear about the results of our studies and our recommendations. For example, there is a lot to be researched about how to design new vehicle emissions standards. In the background, we are actually quite active in communicating with governments of different sorts.

Wharton Global Youth: Generation Z is passionate about the climate crisis and other challenges to the environment. Is activism and bringing awareness to these issues powerful in its own right? How can students effectively build on this foundation of activism and passion for the cause?

Van Benthem: I think that high school activism specifically has been unbelievably useful to put certain environmental issues like climate change on politicians’ agendas. It’s easy to connect with the idea that they own the future and what we’re doing now is affecting them, and that sense of a fairness issue that’s very compelling because our kids demand it. It’s a strong force. Then you go on to college and graduate. Should you work for some environmental NGO or do something else? Where you have the most influence is not necessarily where you show up on TV the most. If you can get a position in the private sector where you can influence large investment decisions and change the way a company thinks about whether or not to build a certain factory or avoid a location because it’s a wetland, the impact you could make as one person could be so much bigger than just from grassroots activism. People need to take a broad view of what it means to be contributing to the environment. It may not always be in the places you think are the most obvious. As an economist, I’m a big skeptic in general of relying on voluntary action where some companies want to walk the extra mile and are on the news all the time for doing more than what’s needed if it’s presented as an alternative to government regulation. At the end of the day, when people feel something in their wallets, it’s very powerful. It’s the most powerful thing for a company or a person to feel. The benefit of taxation or regulation is that you’re not just counting on a few firms and people that mean well, but you’re actually changing incentives for everyone. Leveling the playing field is much easier through regulation. It’s hard to beat a government that is willing to take a political risk and put a real price on pollution.

9 comments on “The Conversation: 6 Questions on Business, Climate and the Environment”