The troubled economy that began at the end of 2007 continues to have what economists call a long tail of uncertainty. Fueling that uncertainty is the fear of inflation -- an increase in the level of prices we pay for all types of goods and services. Teen economists help demystify the inflation equation and how it really affects what we spend. …Read More 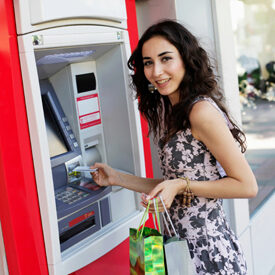 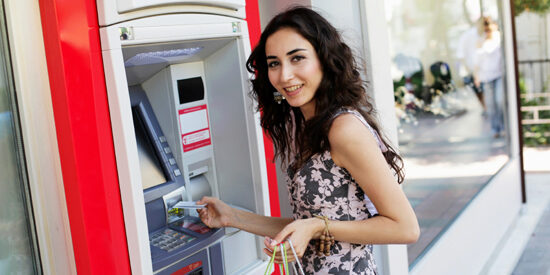 Inflation has many faces.

For William Craig, 17, it is the sky-high price of gasoline.

For Joanne Im, 17, it is the rising cost of arts-and-crafts material.

For Alan Wang, 17, it is the market price of meat and vegetables in China, where he has been traveling this summer.

Inflation is all these things and more. “It’s a general increase in the price level and affects everything from school lunches to the price of movie tickets,” says Im, a June graduate of West Windsor-Plainsboro High School North in New Jersey who plans to attend Princeton University this fall. Im captained the West Windsor-Plainsboro North team that won the High School Fed Challenge championship for the New York Federal Reserve region in 2010. Fed Challenge teams analyze current economic conditions and recommend a course for monetary policy.

Eroding the Purchasing Power of Money

Inflation can be good or bad, depending on how fast the price level rises. A moderate increase of 1%-to-2% a year generally does little harm to the economy. But when inflation really takes off, it hurts people and businesses by eroding the purchasing power of money. Consumers rush to buy things before prices climb higher, which makes them rise even faster. Inflation is especially hurtful to retired people on fixed incomes who can’t hope to keep up with the rising cost of living.

Inflation can happen for a number of reasons.

The most painful recent outbreak of U.S. inflation came in 1979, when the rate hit 13.3% as measured by the Consumer Price Index (CPI), a market basket of hundreds of goods and services that fall into such categories as food and beverages, housing, apparel, transportation and medical care. The U.S. Bureau of Labor Statistics (BLS) computes the CPI by measuring monthly price changes for the items in the basket.

In extreme cases, called hyperinflation, prices rise so fast that money becomes virtually worthless. That happened in Germany in 1923 when the government printed so much currency that it took 140 billion marks just to buy a loaf of bread, according to the textbook Essentials of Economics by Harvard University economist N. Gregory Mankiw. German workers were paid twice a day and had to rush to stores to buy things before prices rose even higher. “If you didn’t get lunch right away you couldn’t afford it,” says Raman Maingi, a teammate of Im’s who has studied hyperinflation and plans to enroll in Rutgers University this fall.

Inflation presents a mixed picture amid high unemployment and weak economic conditions in the United States these days. The CPI climbed 3.6% in June as compared with June 2010, according to the BLS. But what economists call “core inflation” — the market basket minus volatile food and energy prices — edged up just 1.6%. By far the largest contributor to inflation over the past 12 months has been energy prices, led by gasoline. Such prices were a whopping 20.1% higher in June than in June 2010, thanks largely to political turmoil in the oil-producing Middle East.

The surge in the cost of gasoline has taken a toll on people’s wallets. “When you’re filling up a car and working at a minimum-wage job, a 30-cent-a-gallon increase is huge,” says William Craig, a recent graduate of Ridgefield High School in Connecticut who plans to attend Cornell University this fall. “Kids don’t want to drive as much and are much less willing to go to the movies,” says Craig, whose team was a New York region finalist in the 2011 High School Fed Challenge. And with less money to spend on things besides gas, “they’re not going to buy new video games” either.

Inflation can spread from one country to another by jacking up the cost of goods and services that nations trade with each other. China’s inflation rate hit 6.4% in June, according to the Chinese National Bureau of Statistics. China’s soaring price of pork is forcing the country to release frozen pork from a reserve that it keeps to help contain prices. The sudden outbreak of inflation could boost the cost of everything from clothing to computers that the United States imports from China. “It’s a very real possibility due to the heavy flow of trade between the two countries,” says Alan Wang, a teammate of Craig’s at Ridgefield High who plans to enter Dartmouth University this fall.

However inflation is caused, a standard remedy is for central banks like the Federal Reserve to raise interest rates — the rates at which you borrow and lend money — by tightening the money supply. “That, in turn, would slow down the amount of credit that is being loaned out because people couldn’t borrow as cheaply,” notes Maingi, who is 17.

Experts say such tightening seems unlikely in the United States right now. Core inflation remains low and higher interest rates could hurt the weak economy. But the Fed remains vigilant and is expected to raise rates to keep inflation in check once the economy grows stronger.

One comment on “Inflation: What It Is, Where It Comes From and How It Can Bite You”

The Value of a Summer Job