Why Germany Is the Driving Force in the Eurozone

When you hear about how the eurozone is struggling economically, news reports often ask: What does Germany think or what is Germany doing? You may wonder why Germany is so important for the eurozone. The simple answer: Germany is the biggest economy of the 19 nations that use the euro as their currency, and that makes stalwart Germany the driving engine in the European Union.…Read More 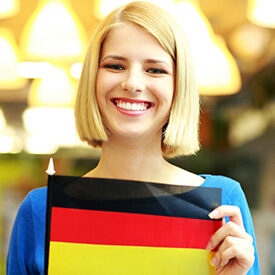 When you hear about how the eurozone is struggling economically, news reports often ask: What does Germany think or what is Germany doing? You may wonder why Germany is so important for the eurozone. The simple answer: Germany is the biggest economy of the 19 nations that use the euro as their currency, and that makes stalwart Germany the driving engine in the European Union.

Keeper of the Checkbook

Germany’s GDP, or Gross Domestic Product, is the mightiest in the eurozone. Germany is also the fourth largest economy in the world and it has continued to grow steadily so it has been rock-steady and reliable, insulated from many market shocks. Mauro Guillén, Wharton management professor and director of The Lauder Institute, explains, “Germany has the checkbook,” and this clout gives Germany a lot of say in how the entire eurozone’s economic policy is run.

In addition, German banks act as creditors for many of the banks in other countries as well as acting as the largest backers, contributing more than a quarter of the funds, for the European Stability Mechanism, the central funding agency that provides loans or credit to European countries in crisis. Without Germany’s blessing, quantitative easing couldn’t have started in the eurozone. Quantitative easing is a monetary policy used by central banks to help stimulate the economy.

Because Germany is throwing in the largest stake in the ante, it also exerts hefty influence on how other countries will pay back their loans. “If things go wrong, Germany will be hit with a big portion of the bill. Whatever happens with defaults, Germany will be a big donor,” says Franklin Allen, Wharton finance professor and executive director of the Brevan Howard Centre at Imperial College in London.

These days, Germany is known for its high-quality goods and reliability. “The country on its own generates 65% of the trade in Europe,” which means people want to buy German products in the rest of Europe and all over the world, notes Guillén.

Of all the eurozone countries, German consumers are in the best position to buy goods. On average, consumption contributes around 60% of a country’s GDP. But Germans are also one of the biggest savers in the world, typically saving 9.2% of their household income. “Germans are very frugal and save a lot of money,” says Guillén.

Looking back at history, the German frugality is understandable. Germany was in the fiscal doldrums more than a decade ago when it experienced a deep economic recession. The country’s economy survived, in part, by keeping its wages down to enhance its competitiveness. Germany’s unit labor costs rose much slower than the eurozone average, according to John Ryan, an economics professor at the University of Cambridge, in a Policy Review paper.

“Germany needed a long-term plan about how the country was going to grow when it went through reunification and went through serious questions about who it is and how it’s going to compete in the next 10 to 15 years,” says Wharton finance professor Joao Gomes. Reunification happened in 1990 when West Germany and East Germany became one country. It had been divided since 1945, the end of World War II.

Some experts believe now is the time for Germany to raise its wages so that people will have the money to buy more goods from more troubled nations, like Greece, Italy, Portugal and Spain. “Even German consumers could do more to put more skin in the game,” says Guillén.

Other eurozone countries have their hands tied if people can’t find jobs. The Eurozone has an average unemployment rate of 11.1%, while Germany’s rate is 4.7%. Germany has one of the lowest unemployment rates in the eurozone, which also helps the country stay strong. In countries like Greece and Spain, more than 25% of the population is unemployed.

When you look at youth unemployment – focusing on young people between the ages of 15 and 24 not in school who want to work — the numbers tell a grim story. In the eurozone, around 22% of youth are unemployed. In Greece and Spain, around 50% of the young people can’t find jobs.

Overall, Germany is in the strongest position to help the rest of the struggling eurozone. “The big picture is that Germany is bankrolling everything,” says Guillén.

What is the difference between the European Union and the Eurozone?

Germany’s strong financial position gives it power, but it also leaves it vulnerable. How?

How did the deep economic recession that Germany experienced more than 10 years ago prepare it for its current Eurozone dominance?