In the world of online video sharing, YouTube rules. Behind those homemade V-logs and silly short videos is a business just trying to make money. While teens’ love affair with the YouTube experiment experience is not likely to stop anytime soon, video sharing sites could soon be losing viewers to the next hot technology.…Read More 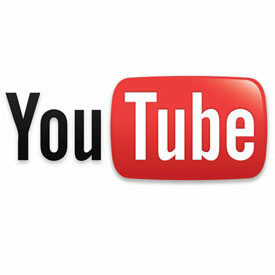 YouTube, where homemade and professional videos are uploaded, watched, commented on and/or shared, is one of the bestknown video sites on the web. As the site itself says, “People are watching hundreds of millions of videos a day on YouTube and uploading hundreds of thousands of videos daily.” More specifically, YouTube serves more than 2 billion videos a day, including more than 100 million a day  on mobile devices. Take, for instance, “Star Wars According to a Three-Year-Old,” which has been one of the most popular videos on YouTube.com with more than 10 million views. The 90-second homemade video, during which a little girl warns: “Don’t talk back to Darth Vader. He’ll getcha!” is part of a trend popular with today’s teens —people creating videos, sharing them on the Internet and receiving instant feedback.

“I only watch YouTube” when going online for videos, says Gabriela Ber of Bridgewater-Raritan High School in Bridgewater, N.J. “That’s all I know.” Her favorites on the site include the Will It Blend? channel, the Charlie the Unicorn videos and the Potter Puppet Pals series.

Brian Belzer of East Brunswick High School in East Brunswick, N.J., prefers to broadcast himself. He has uploaded about 33 personal videos that last between nine seconds and eight minutes to YouTube. “Most are just me V-logging [﻿video logging],” says Belzer. “I have others that are compilation videos, and a few sketches. I also put up videos of my band playing.” Belzer normally uses a Canon Powershot digital camera to shoot the videos.

Behind all those V-logs and crazy homespun mini-movies is a living, breathing business that has to make money to stay online. While YouTube doesn’t charge for its services, it still generates revenue, largely by selling advertising space to other companies.

Other sites similar to YouTube — including MySpaceVideo, Veoh, Break and MetaCafe — also make money and are trying to figure out how to make more. But YouTube seems to be the most successful, at least for now. Kassandra Griffith of Martin County High School in Stuart, Fla., says she goes “mostly on YouTube, sometimes on MySpace” to watch music videos and comedians such as Dane Cook.

YouTube, which was bought by Google in 2006  for $1.6 billion, more than doubled its revenues in 2010, up from an estimated $450 million in 2009, according to Barclay’s Capital analyst Doug Anmuth. A significant percentage of that money comes from display — or bannerads that usually appear next to the video while it’s playing. The rest comes from short ads from companies like Pepsi that are shown in certain videos.

Some companies and organizations including Hollywood Records, the National Basketball Association and the CW television network have channels on YouTube where they show their own content, such as music videos, game highlights and television clips. You’re much more likely to see advertisements next to, or in, these professional videos rather than homemade videos because “if advertisers are going to spend a lot of money, especially big advertisers, they don’t want their brand appearing next to something goofy,” says Paul Verna, an analyst at eMarketer, a company in New York City that researches and analyzes online advertising.

While YouTube has a reputation for homemade videos, surprisingly only about 6% of YouTube users upload videos to the site, says Verna. People are more likely to watch professional videos so the advertisers want to get their message to as many viewers as possible, he says. But YouTube doesn’t seem to be making as much money as many had thought it would, which is why Google and YouTube are constantly looking for new ways to generate revenues through marketing and advertising. “It’s an ongoing experiment,” says Verna.

As is the case with many sites on the Internet, experimentation is part of the business model as web-based companies try to figure out how to increase traffic and make money. That trial-and-error approach is also part of what makes YouTube so appealing to today’s teens. Experimenting is just what high school students are doing when they make videos to upload and share online, says Armond Aserinsky, a psychologist with a private practice in North Wales, Pa. “It’s a genuinely creative exercise. Not everyone can draw, or paint, or make music, or sculpt. [Using video-sharing sites] is a chance to take some readily available technological tools and make a creative product. A lot of it is dreadful, but at least the kid is learning and being creative.”

For teenagers in high school, desire for the attention that being on such websites can bring from friends, family members and strangers is “very much a part of adolescence, because that’s when they’re forming their identities,” says Aserinsky. “For the first time in their lives, they do a lot of thinking about themselves. They’re curious as to how they’re seen by others.”

V-logger Belzer says uploading videos to YouTube is a “great way to share myself. I want to make something for everyone I know to see. Or, I’m just really bored and feel like putting up a video.”

Look out, YouTube, this hunger for video sharing is increasing. And nothing satisfies that need for instant gratification like a live broadcast. According to a recent article in USA Today, one of the fastest-growing technologies trumping YouTube and other video-sharing sites is showcasing live video on websites like Justin.tv and Ustream.tv. and via cellphone at Qik and Kyte. It’s live, and anything can happen.