Eighteen and entrepreneurial. That is fast becoming the million-dollar mission of kids around the globe. Starting a business is thrilling, impressive and profitable, which makes it all the more enticing to young business owner wannabes. Boris M. Silver is the founder of Sport Interactiva, a maker of sports applications – including Total Sports Fan, Premier League Fantasy Football and Premier League Soccer -- on social networks like Facebook and Bebo. In this podcast, Silver talks about starting Sport Interactiva, which he sold in 2008, and the value of working for a small business.…Read More 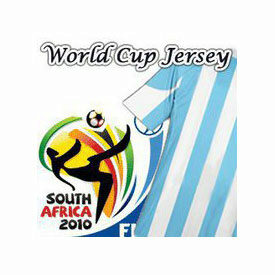 Boris M. Silver, a 2010 graduate of Wharton, believes wholeheartedly in the power of entrepreneurship. Hooked on the Internet from a young age, he owned and operated a sports media business, called Sport Interactiva, which he sold in 2008 to Citizen Sports, a leader in the sports app market for Facebook, Myspace and IPhone that was purchased by Yahoo! in 2010. Since graduating, Silver has traveled to several countries in Asia. He writes in a blog post on December 22, 2010: “I see the emergence of Asia as one of the central global themes for the foreseeable future … the only way to truly learn about something is to see it with your own eyes.” While he was still a student at Wharton and before he sold Sport Interactiva, Knowledge@Wharton High School asked Boris about his entrepreneurial endeavors, as well as how he sees entrepreneurship changing his life and the lives of others.

Knowledge@Wharton High School: Boris, can you tell us about your own experiences as an entrepreneur? What businesses have you started and how did you first get interested in this?

Boris M. Silver: I was always into being active in the community. When I was a little kid, I did a lot of really basic stuff. I shoveled snow in Connecticut and I raked leaves for people. And soon I realized, “There are a lot of houses.” So I started getting my friends to work for me. I would basically subcontract out the houses I couldn’t do. Then we expanded and eventually I made more money, because I was able to hire [more] people. So, I learned from a young age that it helps to work with other people and grow. That was always fun for me.

Then Yahoo! Auctions and eBay came around at the start of the Internet. I said, “This auction stuff’s kind of cool.” So I started buying up items, selling them back at different sites and making a profit. I started getting more money so I could buy more bulk, and economies of scale kicked in.

KWHS: What kind of items would you buy?

Silver: I really liked the fad, hype items — things like Pokemon cards, Beanie Babies, Playstations, Playstation 2s. All those items that you could easily look [into] ahead of time, just by reading the newspaper, or just looking online and knowing, “Wow, this is probably going to be a big deal.” I’d be able to buy some of those things in bulk, and then sell them for decent profits, when I was 11 or so. That was a lot of fun. Then I got more into web design and graphics. In high school I enrolled in the graphics program, which was in the technology department. I got a lot more experience doing graphic design. I had played around with web design and coding and building web sites of my own. So I started building web sites for people and working for some record labels. I worked with a friend of mine who I met in graphics and we started making these sites for musicians and bands. This was [at] the start of Myspace. We got really good at making these promotional pages for artists to reach out to new fans all across the world. That was the start of my exposure to social networking.

KWHS: Your experiences with Facebook led to Sport Interactiva, right? Can you talk a little bit about that?

Silver: In terms of Facebook, I was just a user in the sense that I used it all the time to stay in touch with my friends. And I loved it. Everybody I know uses Facebook. Everybody in high school wanted to be on Facebook before they opened it, and now literally everybody in college that I know has it. In the back of my mind I just knew, “This is the Internet, in a sense, for a lot of people in college.” They actually have the stickiest website on the Internet. They have 60 million users and 50% of those people log in every day. On any given day, you’ll have 30 million people logging into Facebook. A year from now that number’s probably going to be through the roof. I just knew there was a lot to be had here. When they came out with the platform, which is essentially a third-party tool that allows other companies to come in and create software for users on Facebook – I just realized, “Wow, I can reach 60 million people with anything I make.”

I also happen to be a big sports enthusiast. My whole theory behind building companies is the way Peter Lynch invests in stocks. You do what you know. So, for example, he’ll always go to a restaurant before he invests in any restaurant company and get a sense for the atmosphere. It’s really to familiarize yourself with the market and the product. I know Facebook. I know sports and fantasy games because I’ve played them with my friends since I was 13. So I decided, “I’m going to make sports on Facebook.” That was the launch of the company.

KWHS: What does the company actually do?

Silver: We provide sports gaming and sports content on Facebook. If you look at any major site, like ESPN, Yahoo Sports or CBS Sports, it [comes] down to two things. There’s sports content, things like news articles, videos, photos, message boards, etc., where the fans are really interacting around sports-based content. And then the second side is going to be sports gaming. That’s where people compete head-to-head in leagues against their friends, or people they may have met in different formats of sports games, where they get points based on their ability to predict real-life player performance, or how teams are going to do. That’s about a $3 billion industry in the U.S. alone.

KWHS: How do you make money?

Silver: We make money through a variety of ways — primarily advertising, merchandising and ticketing sales. Those are really the biggest things in sports, and they’re pretty easy to sell because people are really passionate about sports.

KWHS: How did you get start-up capital? Did one business generate enough profit to help start the next?

Silver: Part of it is finding these smaller opportunities that have potential to be larger. Part of the capital was [cash] that I made along the way in high school. But a lot of it was being able to start out small scale and work with someone to help me build out our first product for very little and launch it. As it grew, it snowballed. I like to operate on the idea of leverage. Once you can get a little bit of success, you have to be able to leverage that into the next step. And you have to keep going and building and building. It’s really better to start out small and not invest a lot because it gives you the opportunity to fail a lot easier and move on to the next thing.

KWHS: How many hours do you spend on this? And how does that work in with your studies and museums and all that?

Silver: In the summer when this first came out, I got flooded with e-mails the first three weeks asking me to put up more teams and more sports. So I started adding things like Nascar, competitive food-eating and rugby, and literally all the sports in the world, to aggregate all that sports content — all the logos and information and videos and photos – into our application on Facebook. That was the first three weeks, and I probably slept four hours a day those three weeks. That was a lot of work, but it was fun. It was really exciting in the beginning.

KWHS: Can you talk a little bit about the entrepreneurial intern fellowship and how that led into what you did last summer?

Silver: Last year, I saw an advertisement from Wharton entrepreneurial programs to apply to intern with people who were planning to work in entrepreneurial settings in the summer. I thought that would be really cool. I had gotten an internship with a Wharton student who had also started a company that dealt with mobile devices and mobile commerce. I decided to work there in the summer. I got the internship, which gave me this framework to reflect on my summer and put it into a more serious perspective, where I had to think about what I’m going through. At the end of the summer, I wrote a reflection piece where I went through and thought back on the amazing summer I had.

KWHS: Did it change the way you look at entrepreneurship at all?

Silver: To a certain degree, everything you do is going to change how you look at things. It’s all about experience. The more things you can experience in life, the more information you have, the better decisions you can make. So, working there was great. I got to learn a lot more about the process at a very early-stage company. And there was another company right next door, Invite Media. They shared office space. I got to watch two companies grow. It was a pretty fast-paced environment. There was definitely a lot of responsibility. [I got to] watch how a company progresses through critical early stages, like working with investors, creating strategic partnerships, building up a team and management issues. Those are all the kinds of things I got to see and witness and use in my own company.

KWHS: Let’s wrap up with a question we always ask entrepreneurs. What advice do you have for people who want to start out, either in high school or college, with an entrepreneurial venture?

Silver: The key is working at small companies. In high school, especially, if you’re not ready to take any sort of step to start your own thing, or you just don’t know where to start, work at small companies. You’ll get a ton of experience and you really get to interact with the people who run the business. Especially in local communities, there are a lot of these small businesses. Just looking outside of your own network, or going to talk to people, you can find things that people need. Part of it might be grunt work — filing or getting things moved. But if it’s a small enough company, there are going to be opportunities where you can step up and take on responsibility. At the end of the day, that’s what allows you to learn — having real responsibility at a young age.

The biggest thing for me was being able to work at small businesses from a young age. In addition to that, being relentless in who you talk to. When you’re young, you can talk to anybody. I think a lot of people are intimidated to step up and just send blanket e-mails to 300 people. I tried to ask Donald Trump for a college recommendation. It didn’t work too well. If you take those kinds of steps enough times you’ll eventually hit with someone you might want to talk to. And they’ll probably give you great advice.

A Lucky Apple and the Evolution of an Investment Strategy