In case you haven’t heard, Apple recently released the iPhone 5. The uproar about universal compatibility aside (the new iPhone doesn’t fit the old charging connector), Apple’s smart phone continues to be a huge success. At least one young job prospect watches Apple’s product launches with especially keen interest. College student Josh Hornthal started his employment love affair with Apple in high school and has since had two internships at the company’s Cupertino, Calif., headquarters. Hornthal shares details of his on-the-job training at the almighty Apple.…Read More 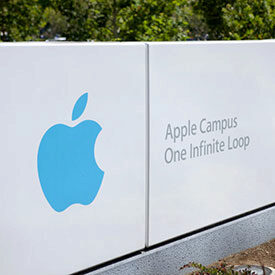 “You might help engineer the next iPad, develop the next generation of Mac OS X, create the marketing materials for a top-secret product launch, manufacture the next new product, or travel internationally to help open a new store,” reads the internship description on Apple’s website. With compensated travel and housing, as well as employee discounts on all Apple products, who wouldn’t want to intern at the technology powerhouse?

Seeing Red … or Not

Josh Hornthal, a senior at the University of Pennsylvania majoring in communications in commerce and minoring in sociology, has done just that — twice. In 2011, he worked over the summer as a developer relations and app review intern at Apple in Cupertino, Calif. Most recently, Hornthal served for 12 weeks as a summer intern on the business affairs team, part of Apple’s marketing and communications division. His team’s focus was to make sure that Apple did not commit copyright infringement when using third-party content for its advertisements: “Every time you see an ad playing on an iPhone or iPad in a store, my team cleared that content,” says Hornthal.

Because advertisements are developed and approved months before release, sometimes this task can prove challenging. One of Hornthal’s assignments was to evaluate content for a Valentine’s Day advertisement. “We were looking for red album covers, red apps, basically lots of red, which was hard because no one was producing Valentine’s Day content yet.”

Hornthal began his career with Apple during high school at Marin Academy, where he worked as a retail specialist in Apple’s retail flagship store in San Francisco. Although he had experience with the company, Hornthal claims that this did not give him a leg up in the competition for his internship, because he lacked contacts at Apple’s headquarters. Part of this was due to location: “Apple doesn’t recruit at Penn or market its business internships on the East Coast,” says Hornthal, “so the process of getting a job was not easy.” He relied on personal connections through his fraternity, where he learned about universityrelations@apple.com, a contact address for college students interested in Apple internships. He encourages other interested students to submit a résumé along with a letter explaining why they would be a great candidate for an Apple internship.

As an intern, Hornthal, who is most interested in product marketing, marketing communications and advertising, was in the minority — out of 400 interns, most are engineers. At the same time, he notes that there are opportunities for everyone: “Apple is not just looking for computer geeks, but all types of people. They even had a fitness intern working in the gym.”

According to Forbes.com, Apple interns make upwards of $4,500 per month. This intern salary is “on par with what you could get at the best finance jobs,” says Hornthal. “The intern pay ranges depend on what you do and your years of schooling.” Unlike other business internships — in finance, for example — employees at Apple work with “physical products with a real release, not hedge funds and mutual funds.” Hornthal liked this aspect of the business: “It’s pretty cool when you work on a product that touches people’s hands.”

Besides competitive salary benefits, any internship at such a high-profile company comes with perks. Hornthal had access to the company’s employee discounts, which made products “more affordable,” as well as the employee health care plan (which he did not use as an intern). Other amenities included an on-site barber for middle-of-the-day haircuts, a carwash and a “huge, all-organic and amazing” cafeteria that Hornthal calls “dirt-cheap.”

Apple also pays for travel and housing during the internship period. As a local San Franciscan, Hornthal chose to live at home during his first Apple internship. The following year, he enrolled in the company’s corporate housing plan, where he lived in one of five apartment complexes in Cupertino. Outside of work, he played on the company softball team. “The culture is very unique, quirky and comfortable,” Hornthal says of his time in the California offices.

Hornthal recalls the executive speaker series as a highlight of his Apple internship: “All of the top executives come in, tell their stories, give a few anecdotes and do Q and A.” The company also runs an intern contest, where interns submit a one-page abstract on an innovation — anything from “a tiny button to a whole new product.” The top 10 interns win the chance to present their products to senior employees at Apple. He adds that he came away with lots of new workplace skills, including creating and giving presentations, analyzing data from different perspectives and learning to work well with other people on teams.

In response to the grumbling about universal compatibility issues with the just-released iPhone 5, which no longer fits the old charging connector, Hornthal wears his true company spokesman hat: “I’m definitely no spokesperson, but speaking as a user of their products it will all make sense eventually. Everything new they do, like getting rid of the CD drive [on the MacBook Pro], they have always been successful and know the right time to do it,” he notes. “With the new cable [on the iPhone], no one wants to look at the benefit, but it really makes sense.”

So, will Hornthal join the almighty Apple after graduation? “After working for years at one company, maybe it’s a good time in life to try something new,” he says. He is not opposed to applying for a full-time position, and he received positive recommendations that could only help his chances. But, like any young professional, Hornthal is open to new opportunities.

How did Josh Hornthal end up getting an internship at Apple?

What were his main responsibilities, and what skills did he take away?

An internship at Apple pays well, but not all internships offer salaries these days. Would you take an internship that did not pay a salary? Why or why not? Why are internships especially valuable in today’s economy?