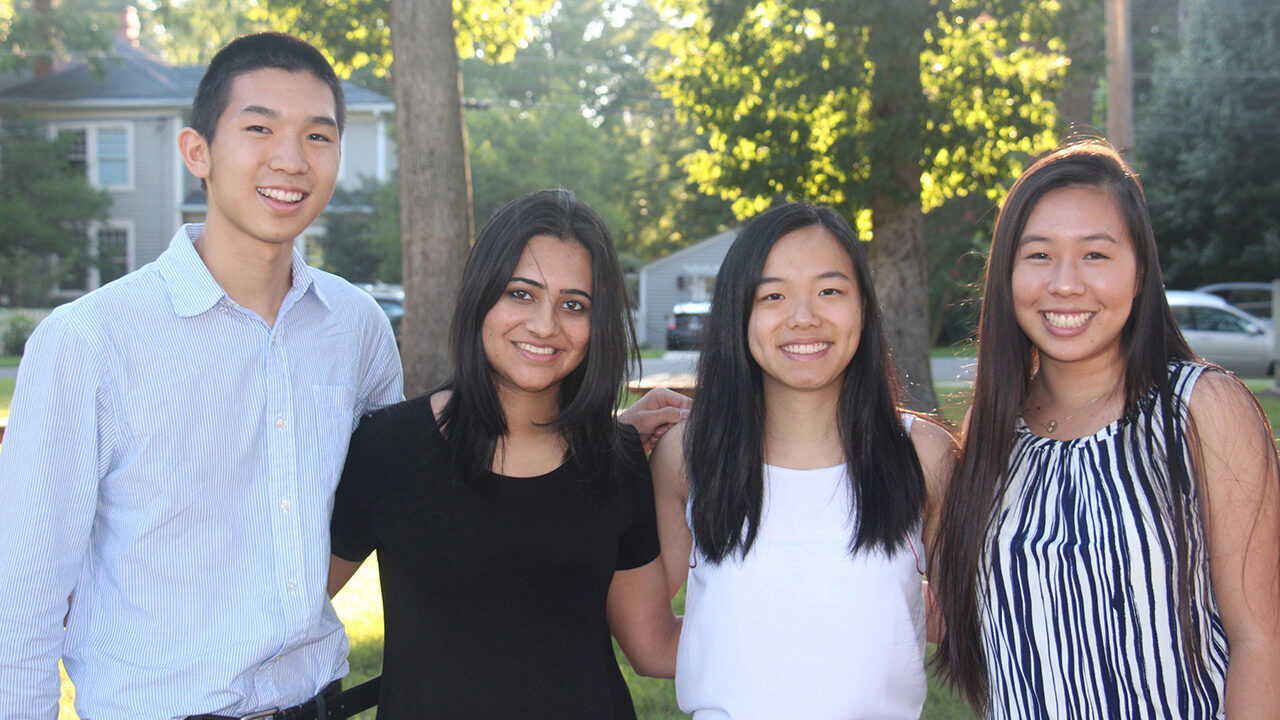 With a show of hands, who recently threw away that container of leftover stuffing that somehow got pushed to the back of the fridge after Thanksgiving? What about all those potato peels that slid into the garbage can in preparation for your five-pound platter of mashed potatoes?

‘Tis the season of eating — and generating tons of food waste. All those leftovers, as well as the byproducts of the foods we use in cooking, often end up in garbage landfills, where they contribute to greenhouse gas emissions and air pollution.

And the problem is not limited to the holiday season. According to ERC, a waste-management company in the U.S. that focuses on sustainable solutions for waste disposal, 60 million metric tons of food is wasted in the U.S. alone each year. Some 32 million metric tons end up in municipal landfills. A third of the food produced in the world is never consumed. When it comes to the environment, globally, organic matter decomposing in landfills accounts for 7% of the total methane emissions or greenhouse gases entering the atmosphere.

Companies large and small are thinking innovatively to come up with entrepreneurial solutions to the global food-waste crisis. Take, for instance, Kellogg’s, the food company that created the very first breakfast cereal, the corn flake, in Battle Creek, Michigan, U.S. Kellogg’s recently announced that it is making beer from its leftover corn flakes. Throw Away IPA, made by Seven Bro7hers Brewery in Salford, U.K., uses flakes that are too large, small or overcooked to be included in cereal boxes.

As it turns out, several teen-led businesses are also focused on figuring out how to deal with the growing food-waste problem. KWHS caught up with a few of them to learn more about this critical issue and what is fueling their passion.

Trofi, of Durham, North Carolina, this year created its online platform that enables suppliers of food byproducts, such as fruit and vegetable pulp and spent grain, to connect with and sell their food waste to livestock farmers, who then incorporate these nutrient-rich products into livestock feed. The platform relies on having both a large number of suppliers and buyers. A supplier will post a product, along with its description, quantity and other relevant details, and a time of pickup. Buyers select products that they’re interested in, and the Trofi team coordinates the transaction between the two parties. Trofi has begun working with 44 customers since it launched in August 2018.

“Our team stumbled into the problem by walking down the street to Jamba Juice,” says Vincent Xia, Trofi’s CEO who is 18 and a freshman at Stanford University. He began working on Trofi with his co-founders, Michelle Bao (also a Stanford freshman), Megan Wu and Navami Jain, while attending high school at North Carolina School of Science and Math, where Wu and Jain are currently seniors. “We noticed that employees often threw away a painfully large heaping of pulp per drink, contributing to massive amounts of waste each year. We realized that this food-waste problem could extend to countless industries, and that’s why we were determined to find a solution.”

New York City high school senior Devin Milberg was inspired to start his company, 3Z Compost, during an internship at Trenton, N.J.-based TerraCycle, a recycling business that has developed an expertise in recycling difficult-to-recycle materials. At TerraCycle the summer after his sophomore year, he “got the opportunity to see a social enterprise in action,” notes Milberg, who attends The Dalton School on the Upper East Side of Manhattan. “My junior year, I started an entrepreneurial club at my school in partnership with a program called LaunchX, a company that sponsors high school entrepreneurial clubs globally. At the beginning of the year, LaunchX provides a theme for the clubs and last year that was the environment. I began identifying environmental issues in my community. One night I noticed that my family was throwing away an especially large amount of organic materials even though I knew that composting was a more environmentally friendly alternative. However, composting options for people who don’t have it in their buildings, like myself, are sparsely spread across the city and often run only once a week.”

Milberg decided to start 3Z Compost in March 2018 to make composting more convenient for people in Manhattan. The company currently has two drop-off sites that are open each weekday from 7:30 – 10:00 a.m. outside highly trafficked subway stations. People can drop off their compost on their commutes. 3Z charges a $1 convenience fee in the form of a sticker, which people put on the bag containing their organic waste. The company has grown from collecting some 30 gallons of waste each week in March to nearly 100 gallons per week today. Each week, the collected food waste is picked up by an environmental carting company and delivered to a composting site in Queens, N.Y., and a farm in nearby New Jersey.

Composting has several key benefits, says Milberg. “Composted food undergoes a much healthier process of decomposition,” he explains. “Food scraps in landfills have little access to oxygen, so instead of emitting CO2 as they decompose, food scraps in landfills release methane gas. Methane is more than 20 times as potent as CO2 in terms of its greenhouse effect. Compost is used on farms to make the soil richer and healthier. This gives our food scraps a second purpose, putting them to work instead of to waste. Additionally, it decreases the need for synthetic fertilizers on farms, which both in production and use have negative effects on human health and the environment.”

Both these 2018 startups have plans to scale up their businesses in hopes of making a lasting social and environmental impact. 3Z, for instance, is looking to partner with businesses and restaurants to collect larger volumes of food waste, while also encouraging New York City to implement a more widespread organic waste collection program. Similarly, Trofi wants to expand to include food byproduct producers of all kinds, including breweries, juice stores, groceries, institutions, restaurants and factories. It also plans to expand its buyers to include farmers, non-profit organizations, homeowners and zoos.

These company founders agree that their mission involves solving a global sustainability issue that’s only getting larger each year. “With the world population growing at an alarming rate, resources are becoming ever-more scarce and the necessity for sustainable practices is increasing,” notes Xia. “Trofi’s role will be one in which we help repurpose all types of edible food waste as an animal feed. What we envision is a wasteless future — one where waste of all kinds is repurposed for the benefit of the environment and the people depending on it.”

What is a double bottom line?

Why is food waste such a serious issue?

Are you working on any businesses or projects related to sustainability issues? Share them in the comment section of this article.

Providing Guidance to Others Could Boost Your Own Success

Educator Toolkit: The Power of Storytelling